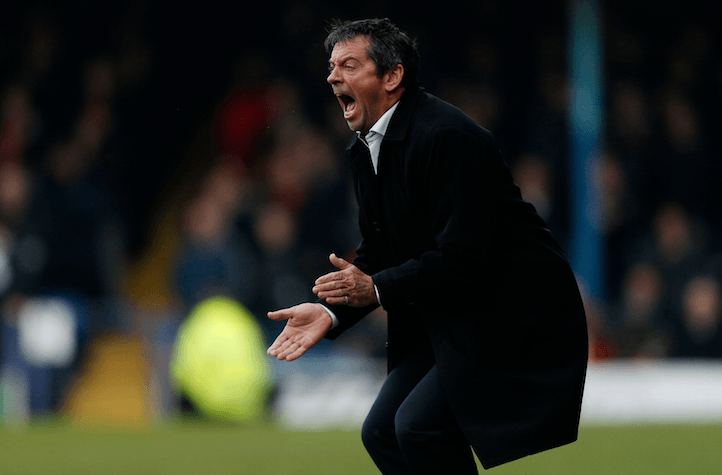 Barrow are looking for a new manager following Sunday’s exit of Mark Cooper by mutual consent.

Appointed in May on a three-year deal, Cooper leaves Barrow after less than a season in charge.

His departure - alongside assistant Richard Dryden - comes after a return of one win from his last nine games, which leaves the Bluebirds fourth from bottom of the League Two table; six points above the relegation zone with nine games remaining.

In total Cooper won 12 of his 46 games in all competitions, including eight of 37 league games.

“After discussions on Saturday, it was ultimately decided that we would go our separate ways.

“We would like to thank both Mark and Richard for their efforts during their time at Barrow and wish them every success in the future."

Barrow also said that they would update fans in “due course”.

The club will now open up the search for their fifth manager since Ian Evatt’s departure to Bolton after he won promotion to the Football League in 2020.

We'll have to wait and see whether Barrow make a short-term appointment until the end of the season, or bring in a new permanent face. The former is more likely given the club's position in the table.

A familiar Football League face has emerged as the red-hot early favourite to replace Cooper, in veteran boss Phil Brown.

Brown, who is as short as 1/3 with Bet Victor, previously managed Hull City in the Premier League, led Southend into League One, and has had spells in charge of Derby, Preston and Swindon.

More recently, the 62-year-old managed in the Indian Super League with Pune City - who became Hyderabad - and returned for a second spell at Southend last April which lasted just 16 games and included a relegation out of League Two.

He was unable to save the Shrimpers from the drop, although at the time of his appointment they were five points adrift of safety with six games remaining.

Barrow, despite their lack of wins of late, currently have a cushion of six points above the drop zone, however they have played one game more than 23rd-placed Oldham.

With Brown such a short priced favourite to return to the dugout with Barrow, you can currently find some big prices on other names in the betting.

Burton assistant manager Dino Maamria is available at 8/1, followed by Jim Bentley and Simon Grayson at 12/1.

With no-midweek match, Barrow have a little break before they are next in action on Saturday away to Leyton Orient, who are just three points above them in 18th. This is followed by their remaining eight fixtures against Crawley (a), Forest Green Rovers (h), Salford (a), Sutton (h), Exeter (a), Swindon (a), and a final day clash at home to Northampton.