Who will be the next Barnsley manager? Verdict on Mick McCarthy, Martin Devaney and Lukas Kwasniok

Who could Barnsley appoint as their new manager?
By Gabriel Sutton
09:54 Tuesday 26th April 2022 - 6 minute read

Barnsley’s 2-1 defeat at Huddersfield on Friday means the South Yorkshire club’s relegation from the Championship has been mathematically confirmed.

Shortly afterwards, head coach Poya Asbaghyi left the club by mutual consent, leaving Under-23s coach Martin Devaney in temporary charge, as the Tarn seek to salvage a semblance of pride for the season and begin planning for their 2022-23 League One campaign.

It’s not just on the field where the Reds are a mess, though, because there are significant doubts over owner Chien Lee and Pacific Media Group, who have also overseen relegation at AS Nancy, as well as a player revolt at Esbjerg fB.

Although CEO Khaled El-Ahmad has done his best to appease supporters at fans’ forums with one or two answers, natives are not getting the information they want and need from the very top and the lack of transparency is leading to a widespread feeling of apathy, disconnect and disillusion.

Suffice to say, the next Barnsley manager will take on more than just the responsibility of coaching, picking the team and making substitutions: they will have to single-handedly galvanise a whole fanbase.

Who could be up to it? Here are three contenders...

Many supporters are calling for the club to go domestic with their next appointment.

While it would take a lot more than a British manager to repair relations between the fanbase and Pacific Media Group, it would not do any harm for natives’ wishes to be adhered to on this issue.

Plus, not only is Mick McCarthy a Yorkshireman, he was born in Barnsley, he is a boyhood Barnsley fan, he played for the club for seven years at the start of his career and even spoke at the funeral of club icon Norman Rimmington.

Plus, McCarthy has 30 years of managerial experience under his belt, he has managed at a World Cup, he has won two promotions and got Ipswich to the Championship Play-Offs with frees and loans in 2014-15 as one of four top half finishes in five seasons.

While it may be tempting for some to dismiss the 63-year-old as a footballing dinosaur, his recent record is respectable: APOEL was a short stint, and Cardiff finished with eight straight defeats (although there was also a six-game winning streak early in his tenure) and McCarthy wouldn’t be available to Barnsley if the last two years had gone entirely to plan.

Barnsley are searching for their fourth head coach in a year following the departure of Poya Asbaghi after the club exercised a clause in his contract. The decision comes after the club’s relegation to League One was confirmed…

The main issue is Reds fans do not feel a connection to their club and the players on the pitch, which is problematic anywhere, but perhaps especially in a working-class town where fans want to see a group of players that represents them.

McCarthy can get Barnsley back-to-basics with a no-nonsense, old-school 4-4-2 and everyone grafting for the shirt.

The wily campaigner would recruit some experienced heads to set the tone whilst building around a core of Brad Collins, Michal Helik, Mads Andersen and Carlton Morris, simplify the game and go from there.

"You move to France and have a son and he's a great centre forward, born in France. The Irish manager says they want him to play - do you regard him as Irish?

"Guess what the answer is."

Mick McCarthy on being Irish.

The former striker is a popular figure at Oakwell, having spent six years with the club previously, as well as playing a key role in the famous 2007-08 FA Cup run.

Devaney has worked with the Development Squad for the last seven years which means, not only does he have experience nurturing young players, he already has a rapport with some members of the current crop: namely Jack Walton, Jasper Moon, Romal Palmer and Will Hondermarck.

The 41-year-old would also offer a clear progression plan for those who have been out on loan, like Herbie Kane, Luke Thomas, Jack Aitchison and George Miller.

Elsewhere, Isaac Christie-Davies has not had a shot under Schopp or Asbaghyi but could under Devaney, likewise the highly rated Matty Wolfe and striker Aiden Marsh.

Barnsley caretaker boss Martin Devaney on head coach aspirations as he prepares to lead the relegated Reds against Blackpool.

Cards on the table here: it would have been very easy for us at The Sack Race to simply reel off lots of other British managers who deserve a bigger move up the English football pyramid, or experienced, known quantities like Neil Warnock who are out of work.

While fan pressure may see the board go down that route, the stats do not lie: since Pacific Media Group acquired ownership of Barnsley FC, all six managerial appointments have come from abroad.

And, while the club have not got their choices right this season – to put it mildly – with Markus Schopp and Poya Asbaghyi, it’s far from a given that they will change tack.

For that reason, it could be worth looking at Lukas Kwasniok of SC Paderborn 07.

The German club have got it right with coaches in recent years, and them getting into the Bundesliga for the 2019-20 campaign was seen as a near-miracle under Steffen Baumgart, whom Kwasniok was seen as fit to replace.

Beforehand, the Pole had worked miracles at Carl Zeiss Jena to keep them in 3. Liga (German third tier) from a position of being eight points adrift of safety with seven games to go in 2018-19.

The following year, Kwasniok led 1. FC Saarbrucken to the Regionalliga Südwest title and, under his watch, they became the first fourth-tier club to reach the Semi-Final of the DFB-Pokal, which is considered the second most important competition in German football.

The following season, Saarbrucken were flying high in 5th in the 3.Liga before Kwasniok was poached by Paderborn, who are seven points off the Play-Off place in a competitive season with many more established former Bundesliga clubs in the mix.

Kwasniok has been handed a project at Paderborn, which has involved losing key players and rather than spending big on replacements, committing existing players to long-term contracts in the hope that they will be of the required standard in a year or two.

This is a manager who has been an underdog, who has achieved success against the odds and with a tendency to mix the game up stylistically and in terms of formation.

While Kwasniok’s sides are not afraid to go long, and thus games can have an attritional feel at times, the more direct passes are played with the intention of bypassing the press and re-establishing combination play in a more advanced area.

On top of that, the 40-year-old is passionate on the sidelines and is very outspoken, so there is a chance he could endear himself to the Tarn faithful – especially with those Billy Casper (Kestrel for a Knave) impersonations below 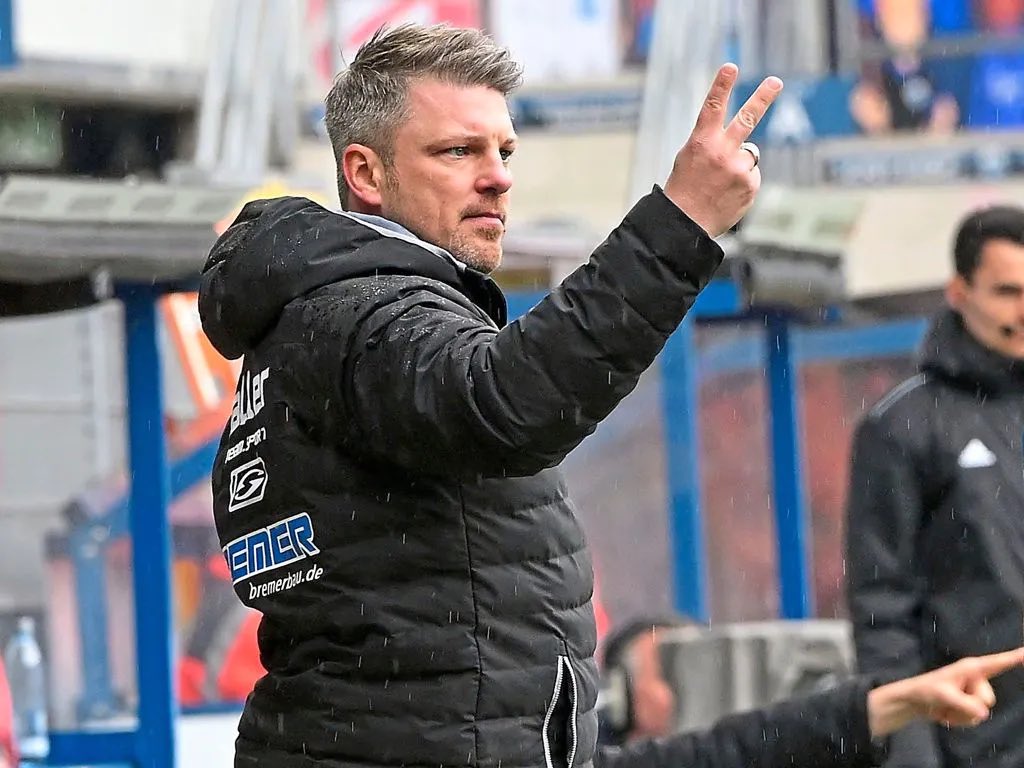 Lukas Kwasniok has a message to the haters #SCP07 https://t.co/Ksw2FjbYpn

“What are the board likeliest to do?” and “What do the fans want?” are two very different questions.

Our take is that Barnsley should appoint Mick McCarthy, let him bring Terry Connor with him and promote Devaney to the first team coaching staff, in order to courage a steady flow of raw youngsters into the senior side.

There is an outside chance of this happening, if PMG and co. are willing to relinquish operational control to El-Ahmed, who may have a better steer on what fans want and might be more inclined to this kind of move.

The likelier scenario, though, is that PMG are oblivious to the wishes of the fans and continue to operate with the same methods.

From that standpoint, Kwasniok could be seen as a contender: certainly, we can predict it will be another continental move.