Who will Newcastle sign in January? Transfer Odds to make the switch to St James' Park 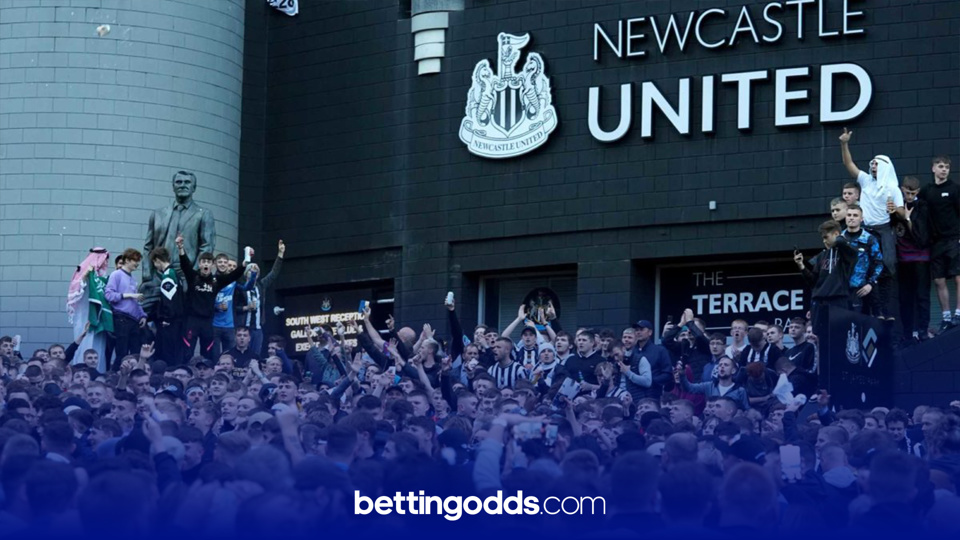 It’s been quite a week up in the North East as the Mike Ashley era finally came to an end at Newcastle United. A Saudi-led consortium has completed a £300m takeover of the club, and manager Steve Bruce is expected to be relieved of his duties before the weekend game with Tottenham.

Along with new owners will come investment into the club and many fans are now looking ahead to the January transfer window wondering just who the Magpies will try and attract to St James’ Park.

The transfer window opens on January 1st 2022 and we’ve taken a look at some transfer odds with Paddy Power for who may sign for the Toon before February 3rd 2022.

The Head of the Market

By far the shortest price of any player to sign for Newcastle in the January transfer window is Burnley’s James Tarkowski at 3/1. Those odds imply a 25% chance of the transfer coming to fruition in January and the defences qualities he would bring are much needed. Along with Norwich, Newcastle have conceded the most goals of any side this season, letting in 16 in their first seven matches. The 28-year-old, who started out at Brentford, has been linked with several Premier League clubs in recent years and is currently valued at around £22.5m according to Transfermarkt.com.

Next up in the market is Manchester United’s Jesse Lingard at 9/1. It’s no secret just how well Lingard thrived during his loan spell at West Ham last season, scoring nine goals and providing four assists in just 16 appearances. This campaign Lingard has already scored two Premier League goals, despite all three of his appearances being from the substitutes bench but whether he remains in Ole Gunnar Solskjaer’s plans for the long-term will remain to be seen.

Takeover rumours have been rife at Newcastle over the last 18 months and one player who has always been mentioned should a potential warchest become available to splash the cash is Philippe Coutinho. Available at 10/1 to make the switch before February 3, it may be possible that the Saudi-led consortium would be able to make the transfer happen for much less than previously thought due to Barcelona needing to drastically cut their extortionate wage bill.

Since making the switch to PSG, Dutch midfielder Gini Wijnaldum has missed more league games for the Parisiens than he did for Liverpool in all of last season in the Premier league. The 30-year-old, who spent time at Newcastle in the 2015/2016, season scored 11 goals for the club and with him openly admitting that his move to France has not been successful so far, it opens the door for potential big money clubs to make an offering.

Other Names in the Betting

Alfredo Morelos and Aaron Ramsey can also be found at 10/1 in the betting to sign for Newcastle before February 3rd, and they are closely followed by Manchester City’s Raheem Sterling who is priced at 12/1. The former Liverpool and three-time Premier League winner has been rumoured to be potentially on his way out of Manchester in the new-year, with Real Madrid current favourites to capture his signature at 9/1, followed by Spurs and Newcastle at 12/1.

Donny van de Beek is another interesting name in the market, priced at 14/1. The 24-year-old has played just five minutes of Premier League football for Manchester United this season and a move away from Old Trafford surely looks inevitable in the future. Everton are current favourites at 7/2 to sign van de Beek in January with Inter Milan also up there in the betting at 15/2.

For those predicting that Newcastle will really go all out and try and attract the biggest names in world football this January (although we can’t see it happening), prices are on offer. Harry Kane’s mooted switch to Manchester City did not happen during the summer and along with PSG star Kylian Mbappe, he’s 35/1 to join the Magpies before February 3 2022.

Rounding off the betting are two names that would really set pulses racing on the Tyne in the 50/1-priced Erling Haaland and 66/1-shot Mohamed Salah. Both players are undoubtedly up there in the top performers on the planet at the moment, but this January does seem incredibly soon for Newcastle to be considering players of that calibre.