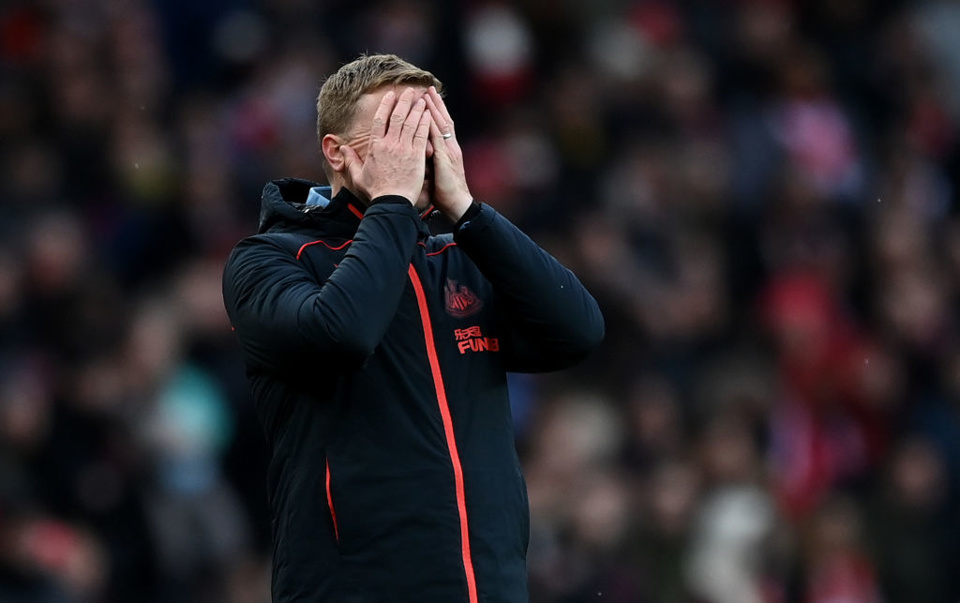 December is here which means it's time for a big helping of Premier League action throughout the month! After 10 midweek fixtures spread across Tuesday, Wednesday and Thursday, this Saturday delivers us another five top flight matches, with a trip to the North East for Newcastle vs Burnley the focus here.

Newcastle are still the only side in the top four English football divisions without a win to their name this season, languishing at the foot of the table. The Geordies have experienced just about every single emotion so far, with the departure of long-term owner Mike Ashley and manager Steve Bruce which has paved the way for a Saudi takeover and the arrival of Eddie Howe as head coach.

Burnley are also having a tough time of it, sitting just three points better off than this weekend's opponents in 18th after a stalemate at Molineux on Wednesday. Sean Dyche's men have managed only one league win in the 2021/22 campaign with the prospect of this one seeming like a massive relegation six pointer as things stand. Here at BettingOdds.com, we've looked ahead to the Saturday 3pm kick off at St. James' Park and provided you with our two best bets for it.

Expect a cagey affair between these two as every point proves precious for them both. This season, both Burnley and Newcastle have drawn seven Premier League matches - the joint-highest in the entire division. It's also worth mentioning that  two of these have been during Eddie Howe's short three-game tenure.

Both managers have met 12 times in their managerial careers and three of those have ended as a draw, but never have they quite been on such level footing before like they are going into this one.

As for the second part of this bet, the pair find themselves in the top six for cards issued this season, with Newcastle 2nd after accruing 35 yellows, and Burnley in 5th on 31.

If Newcastle are to avoid relegation, Callum Wilson will be of grave importance. He's been busy in both areas of the field, with his attacking and defensive stats both worth considering.

Wilson is first and foremost a goalscorer and despite missing four games through injury, is Newcastle's top scorer with five goals, in addition to having the highest number of shots on target and second most shots for the Magpies this campaign. He also netted Newcastle's goal from the penalty spot on Tuesday vs Norwich.

Surprisingly, he's also racked up four yellow cards in 10 appearances this campaign, with one of those coming in Howe's three matches in charge. That's less surprising when you dig down further into the stats and realise that he's committed the most fouls of any Newcastle player with 19 - the next closest to him is Joelinton with 16.

Eddie Howe trusts Callum Wilson unconditionally and the forward's game is one of assertive pressing from the front. Expect this Newcastle side to shuffle up the pitch and attempt to pen Burnley in, with Wilson adding to the 14 cautions he's been shown while playing under his current manager across two different clubs.