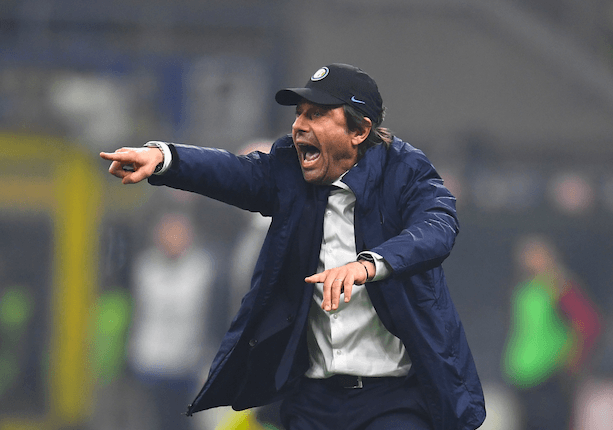 2016/17 Premier League title winner Antonio Conte has returned to England after signing an 18-month contract with Tottenham through to 2023, with an option to extend.

The former Chelsea manager has replaced Nuno Santo, who was sacked on Monday after just four months in charge.

“I am extremely happy to return to coaching, and to do so at a Premier League club that has the ambition to be a protagonist again,” he said upon his appointment.

“Tottenham Hotspur has state-of-the-art facilities and one of the best stadiums in the world.

“I can't wait to start working to convey to the team and the fans the passion, mentality and determination that have always distinguished me, as a player and as a coach.”

It’s a case of second time lucky for Spurs, who came close to appointing Conte in the summer, only for negotiations to break down: “Last summer our union did not happen because the end of my relationship with Inter was still too recent and emotionally too involved with the end of the season, so I felt that it wasn’t yet the right time to return to coaching,” he's since revealed.

“But the contagious enthusiasm and determination of Daniel Levy in wanting to entrust me with this task had already hit the mark. Now that the opportunity has returned, I have chosen to take it with great conviction.”

In Conte Spurs have a world class manager who has won titles in both Italy and England. In fact, he’s won the league in five of his last seven seasons as a manager: three at Juventus, one at Chelsea, then another Serie A title with Inter Milan last season.

He’ll now be tasked with getting Spurs firing once again following a difficult start to the season, which has seen the club lose five of their opening 10 matches, while star man Harry Kane has fallen well short of his high standards.

Spurs face Vitesse on Thursday, followed by a trip to Everton on Sunday.