Nottingham Forest have appointed Steve Cooper as their new manager.

The former Swansea head coach has replaced Chris Hughton, who vacated his post last Thursday following a winless start to the new season; Cooper is the club's 14th permanent manager since Billy Davies' first-spell ended in 2011.

At the time of writing Cooper can be backed at 7/4 to register a win in his first match at home to Millwall on Saturday. Forest can be found at 5/1 to finish in the top-half and 25/1 to secure the third straight top-six finish of Cooper’s career.

For the really optimistic amongst you, rock-bottom Forest are priced at 80/1 to win promotion and 500/1 to lift the title! - Click the link below for full odds.

So, who is Cooper? Here are five things you need to know about the 41-year-old…

Son of an ex-Premier League referee

Born in Pontypridd Steve’s father is Keith Cooper, who is a former Premier League referee and also a big Cardiff City fan.

“Dad was right at the top, he did 70-odd Uefa games, every derby, and it’s nice to look back on that,” Steve said. “When you see the stuff on Football Gold, he’s always there.”

After picking up his Pro Licence at the age of just 26, Cooper coached at Liverpool’s Academy for five years where he worked with Raheem Sterling and Trent Alexander-Arnold.

Cooper then worked in the FA as a youth coach educator and England U16s coach before he was appointed U17s manager in 2015. He developed some of the brightest young prospects in the country and in turn propelled the crop of future stars to 2017 U17s World Cup glory after they came back from a two goal deficit to beat Spain 5-2. 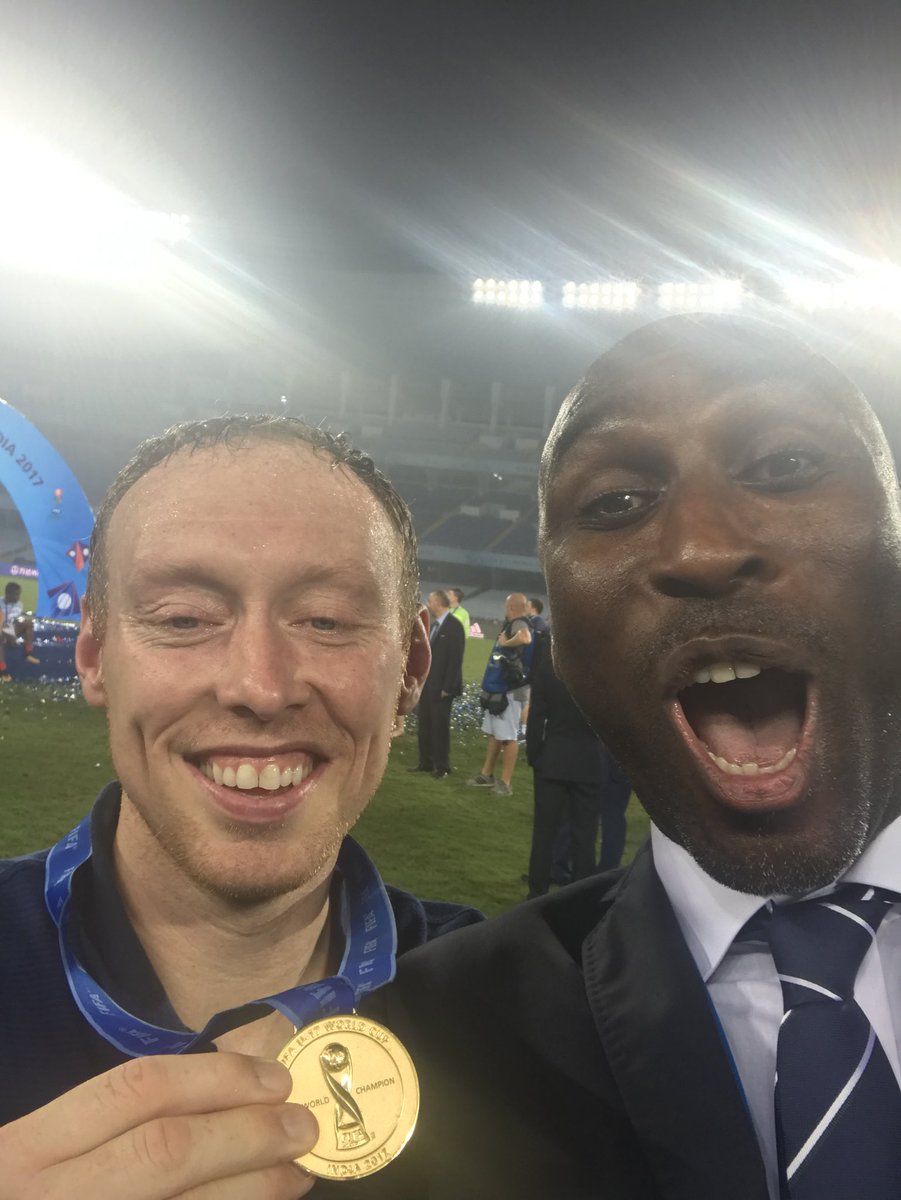 During his time spent working at Liverpool, Cooper met respected Catalan Pep Segura - a future academy and sporting director at Barcelona - whom he’s since highlighted as having the biggest influence on his coaching career.

“I thought I was in a decent place with my coaching before I met Pep [Segura], but then I realised that I had a load of work to do,” Cooper told The Guardian.

“From a coaching point of view, he has been the biggest influence on me. He just showed me the way – a different way. The biggest message that Pep gave me was that you’ve got to know what you want your team to look like at the end – close your eyes and imagine what is happening.

“Pep taught me to create a vision and build back up to it. More than anything, once you’ve got your vision, once you’ve got your steps to get there, with your periodisation of training, the type of practices that you use, the individual profiling of players, then stick to it. You need to have belief in it.”

In two seasons managing in the Championship, Cooper has never finished outside of the play-off places.

In his first campaign (2019/20) at the Liberty Stadium, the Swans finished 6th with 70 points after winning 18, drawing 16, and losing 12 of his 46 matches. His side were then beaten 3-2 on aggregate by Brentford in the play-off semi-finals.

Last season Cooper enhanced the club’s position to 4th with an improved tally of 80 points and 23 wins, while they conceded just 39 goals. Swansea beat Barnsley in the play-offs, before losing 1-0 to Thomas Frank’s Brentford in the final.

As Swansea manager Cooper faced Forest on five occasions; four in the Championship and once in the FA Cup.

The first duel came at the Liberty Stadium in September 2019 as Sabri Lamouchi’s Forest inflicted the first league defeat of Cooper’s managerial career in a 1-0 win for the visitors.

The return fixture finished 2-2 at the backend of the 2019/20 season, a result which gave Forest a five-point cushion in the play-offs with two games remaining, and a six-point gap over Swansea...

...Forest would of course go on to lose their final two fixtures, while Cooper’s men bagged two wins to seal 6th spot at Forest’s expense (on goal difference).

Last season Cooper carved out back-to-back 1-0 wins in the league and a thumping 5-1 demolition in the fourth round of the FA Cup which set up a meeting with Man City.