Many bookies had stopped taking bets on Chris Wilder returning to the dugout with West Brom this summer, however the market has now burst back into life following reports that negotiations between the parties have stalled.

Football Insider claim that West Brom, who will be playing in the Championship next season, have pulled the plug on appointing the former Sheffield United boss as Sam Allardyce’s replacement.

Wilder does remain the odds-on favourite with William Hill and Bet Victor, but a new yet familiar name has now attracted attention.

The ambitious Lincoln City manager was a 33/1 outsider a couple of weeks ago, but he can now be found at odds-on (10/11, Bet Victor), although he can still be backed at 11/4 (William Hill).

Appleton is a name that needs no introduction to the West Brom faithful; he’s played and coached at the club and also oversaw the first team for one game on a caretaker basis.

He endured a tough start to his managerial career, which would have been enough to put many other young managers off a career in the dugout, but he's bounced back impressively.

He experienced a steep learning curve at financially-troubled Portsmouth who sunk into administration, were handed a points deduction, and relegated during his 51-game spell.

Then came blink-and-you'll-miss-it stints at Blackpool (12) and Blackburn (15) where he spent a combined 27 games.

However, he was rejuvenated at Oxford where he won promotion into League One, then impressively finished 8th. He also reached consecutive EFL Trophy finals but agonisingly lost both.

Appleton has since had roles at Leicester City and West Brom, and earlier this season topped the League One table with Lincoln - a club he’s impressively overhauled - who last weekend missed out on a Championship spot after they were beaten by Blackpool in the play-off final.

But, while he’ll still be feeling the pain of that near-miss, Appleton’s managerial stock is sky-high. 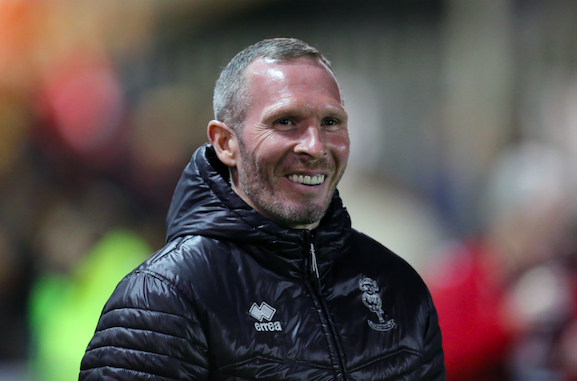 Appleton has frequently been linked with the West Brom hot-seat and now the rumoured hesitancy in appointing Wilder coupled with Appleton’s association with the club and his impressive showings at Oxford and Lincoln means that a move could well be on the cards.

The 45-year-old certainly fits the bill when considering what Allardyce said when his departure was revealed:

“I believe the club now needs stability and continuity and this would, in my opinion, best be provided by a young and ambitious manager who can get us back to where we should be as an established Premier League football club.”

It's worth noting that Wilder isn't out of contention just because one unconfirmed report says he is. It wouldn't come as a surprise if any troubles were subsequently ironed out and he went on to become manager.

Elsewhere though, you can find find Frank Lampard at 6/1, former Baggies boss Roy Hodgson is available at 12/1, whereas Derek McInnes and John Terry are both priced at 16/1.

Scroll down for the full odds...