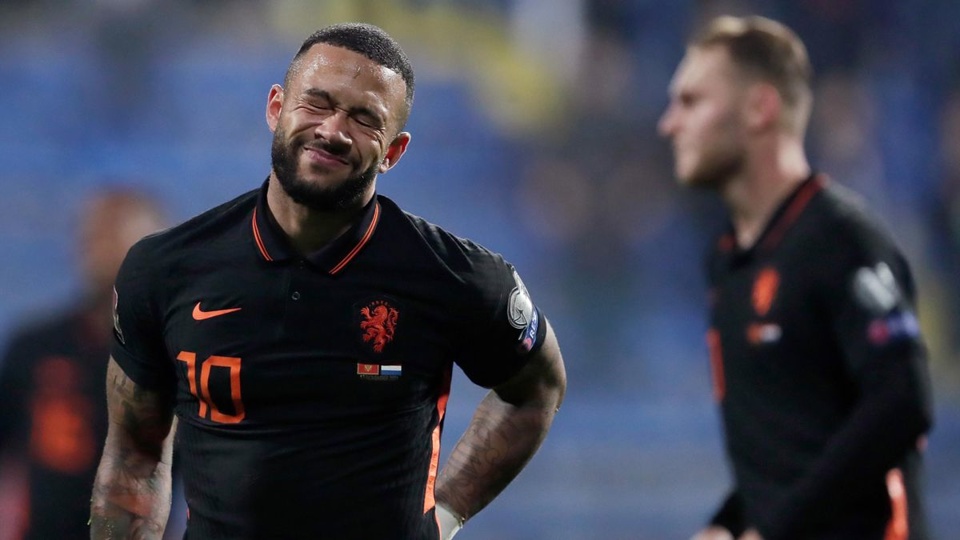 The Netherlands looked certain to secure their spot at the World Cup on Saturday as they were 2-0 up in Podgorica but two late goals courtesy of Ilija Vukotic and Nikola Vujnovic ensured that the spoils were shared with Montenegro. This means that they will need a result as they welcome Norway on Tuesday evening.

Given their superior goal difference, a point should be enough to ensure that Louis van Gaal's side finish at the helm of Group C. However, with Oranje dropping points in their last game it also gives Norway a shot at that all important top spot. The Lions will need three points in Rotterdam and hope that Montenegro can beat Turkey.

Despite a disappointing stalemate vs Latvia, Stale Solbakken is unlikely to shuffle his deck here which means that Stian Rode Gregersen- who is back available following suspension- will have to settle for a spot on the bench. Erling Haaland had to withdraw from the squad due to a recurring issue with his hip and whilst his absence is an obvious blow, Norway do have plenty of options in attack. Alexander Sorloth should spearhead their attack here with Martin Odegaard, Kristian Thorstvedt and Mohamed Elyounoussi operating in behind.

The hosts are expected to field an identical side to the one that played on Saturday, the only potential change may be in attack with Steven Bergwijn coming in for Donyell Malen, who was pretty abject at the weekend.

The Netherlands have been less than convincing for a while now and even in the 80 minutes prior to the capitulation vs Montenegro, they hardly covered themselves in glory. Their opener, a Memphis Depay penalty, was a bit dubious to say the least and was arguably against the run of play in a half where the hosts carved out the best chances.

Depay doubled the lead with a cute flick just after half time and it was ultimately his sharpness that saved his side's blushes. The defending for Montenegro's goals was woeful and with Norway coming here with nothing to lose, I fear for that Dutch defence which does seem odd given its quality and experience.

Both teams scored in their most recent bout in Oslo at the start of September, though it is worth noting Norway had Haaland that evening who was responsible for his nation's goal and both their shots on target. Even without their superstar, given the circumstances and the prices available, I think both teams to score is the play here and I will be having two points on it.

This cynical card merchant was an audacious 5/1 for a card in his nation's most recent outing, it was a popular pick which paid out 22 minutes in as Norway’s CM became the first player to be carded in their game vs Latvia.

Thorsby is much skinnier to repeat the feat here but according to his career cards per 90 average of 0.32, Betfair’s price of 11/4 could still represent value. In this WCQ campaign, despite only making six appearances and completing 4.60 90 minutes, he has picked up three cards, one of which came in the reverse.

Given that the likes of Davy Klaassen, Frenkie de Jong and Gigi Winjaldum are van Gaal’s preferred midfield trio, it is no surprise that at least one of their opposition's central midfielders have been booked in two thirds of their qualifiers. Therefore, even with a slightly unfavourable referee incharge of this one, I think this is a punt worthy of a point and a half.

As previously alluded to, Thorsby picked up the first card as Norway hosted Latvia at the weekend.

Of the nine cards he has picked up this season for club and country, five have come within the first half and six have been either the first or second card brandished within that match. Therefore, with the average time that he receives a card being the 46th minute, I think taking 13/1 on him to pick up the first card of the evening is worth half a point.