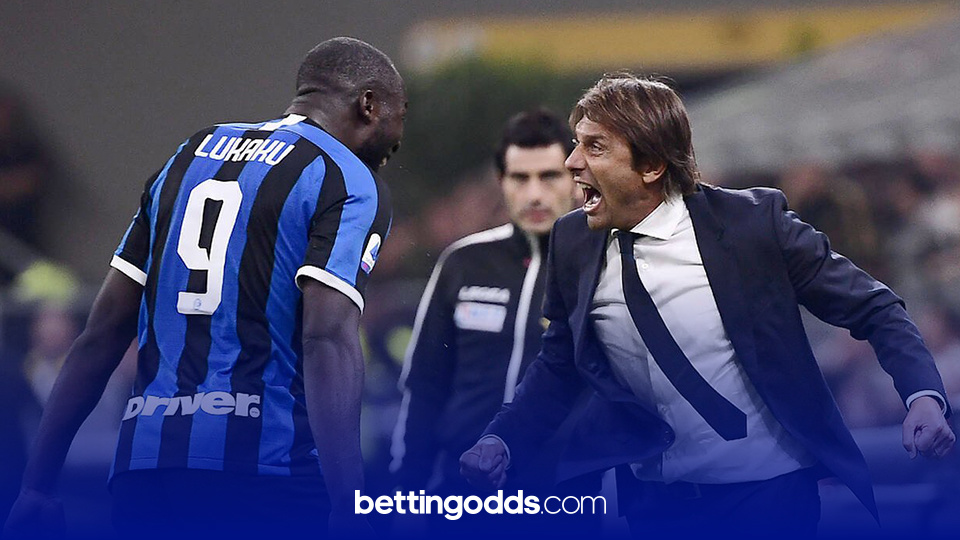 The cynosure of this weekend's Italian action takes place on Sunday evening as Napoli lock horns with Inter at the Diego Armando Maradona Stadium.

The champions-elect come into this one having won their last eleven league fixtures, a run that stretches all the way back to January! With the hosts also in fine fettle- having won five of their last six- it is no surprise to see that the bookies have these two quite evenly matched.

Antonio Conte’s men travel to Naples without any major injury concerns. Alessandro Bastoni and Marcelo Brozovic should slot back into the visitors starting lineup, however, Nicolo Barella will miss out due to suspension. Elsewhere, Achraf Hakimi and Lautaro Martinez will come back in having both been rested vs Cagliari.

As for the hosts, David Ospina will miss out having picked up an injury vs Sampdoria. This will see Alex Meret return in between the sticks. Apart from this, Gennaro Gattuso is not expected to ring the changes here.

After a rare rest last weekend, Lautaro Martínez should return to the starting XI here and at 2/1 to score anytime his price with Bet Victor takes appeal.

In Serie A this campaign, the Argentine striker has scored 15 goals in 30 appearances. He has racked up 87 shots- 3.86 per 90- and registered 32 shots on target. Therefore, given the fact that he has averaged a goal just over every two shots on target registered, you could argue that the value lies in his anytime price instead of his price of 7/5 to have two SoT.

Martinez has featured in nine league games against Serie A’s traditionally bigger sides; Milan, Atalanta, Juventus, Roma and Lazio. During which he has found the net five times and racked up 32 shots! Therefore, he certainly is not one to go missing come the big occasion.

With five cards to his name this campaign, only Marcelo Brozovic has received more domestic bookings for Inter than Achraf Hakimi. The Moroccan wingback has racked up nine for club and country and at 9/2 with Unibet I fancy him to add to his tally this weekend.

Price wise, Hakimi is considerably shorter elsewhere with the shortest price available at 7/4 with Bet365. With six cards from 26 UCL and Serie A starts- just under a quarter- you could argue he should be around the 7/2 mark here.

It is also worth noting Hakimi will be opposing Lorenzo Insigne on Sunday evening. The maverick has drawn just over one fouls per game but his short stature and feisty demeanour makes him a tough opponent to contain.

Using Paddy Power’s ‘Bet Builder’ feature you can combine the previous two selections with Insigne to have two shots on target at 35/1.

Only Cristiano Ronaldo and Zlatan Ibrahimovic have a higher shots per game average in Serie A than Insigne’s 4.1, this translates to 4.39 shots per 90 and 1.34 SoT per 90. The little Italian has hit the target in all of his last six league appearances and combining him with a Hakimi card and Martinez goal here creates a nice longshot.