Millwall vs Preston Predictions: Expect stalemate and cards at The New Den 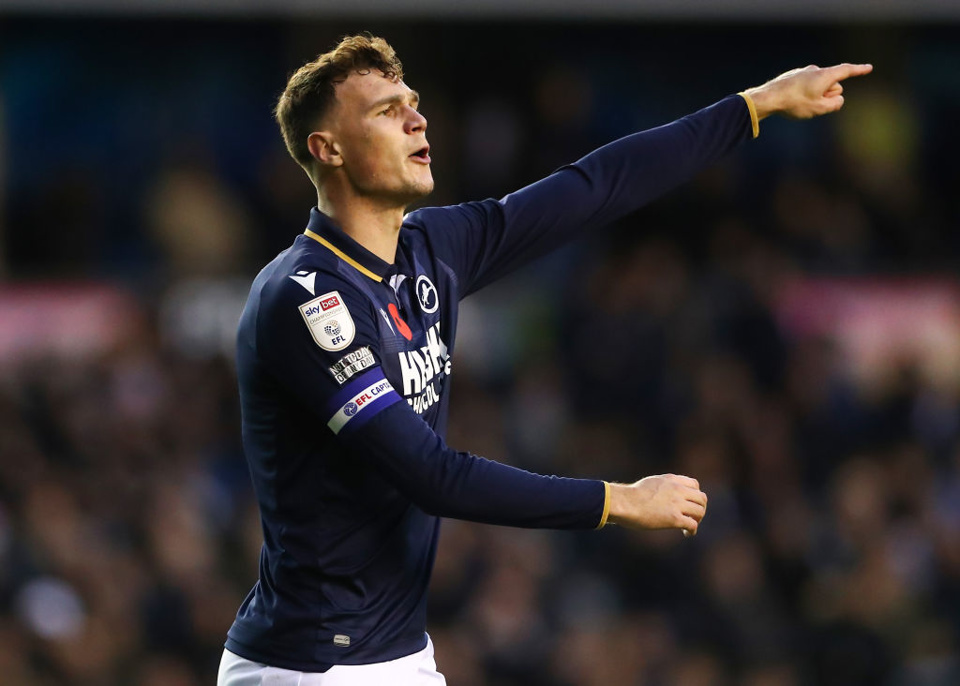 Millwall vs. Preston Predictions: The Lions Jake Cooper is one of our picks for the Championship clash
By Adam Roberts
16:55 Monday 31st January 2022 - 3 minute read

Tuesday night sees two more games taking place in the Championship and we've asked @OddsTerrier to look at the match taking place at The New Den between 15th placed Millwall and a Preston side just one point and two places above them in the table. He has scoured the stats and form book and selected two bets for you to cast your eye over.

Preston North End arrive at the Den in fairly good form under new boss Ryan Lowe. They have only lost once in their last seven games which has seen them rise from 18th when Lowe was appointed, up to the heady heights of 13th in the Championship. One of those wins was a tremendous 2-0 victory over promotion chasing West Brom -  a score line that was repeated by their hosts only three days later. Millwall ended a run of three straight losses with a 2-0 victory over the Baggies on Saturday and will be looking to move further away from the relegation zone with three more points here. Millwall are favourites for the win at 11/8, whilst the draw is generally around 11/5 and Preston are best priced at 47/20.

Preston are missing Jamaican international Daniel Johnson who is away with his country and are also missing Izzy Brown and Josh Murphy through injury.

First of all I've gone for a draw selection in the Match Result market. Preston are a far better side under new boss Ryan Lowe than they were under Frankie McAvoy but they are still prone to leaking goals. However, they have now become difficult to beat, drawing three of the last five and only losing 1-0 against Swansea in their sole loss in seven. I would probably have opted for a North End win if you had asked me last week, but since then Millwall looked back to their best against West Brom and should be full of confidence heading into this fixture.

With all that in mind, I'm going to stick my neck out and predict that this one will be a draw, probably a score one.

My next selection is a player prop based around Millwall centre back Jake Cooper. The 26-year-old has seven yellow cards in all competitions this season and in the previous three seasons averaged almost nine cautions per campaign. Cooper is also averaging 1.5 fouls per game in 21/22 which is his career highest figure to date. He is as short at 11/5 at bet365 to be carded which makes the 4/1 on offer at Betfair seem on the steep side.