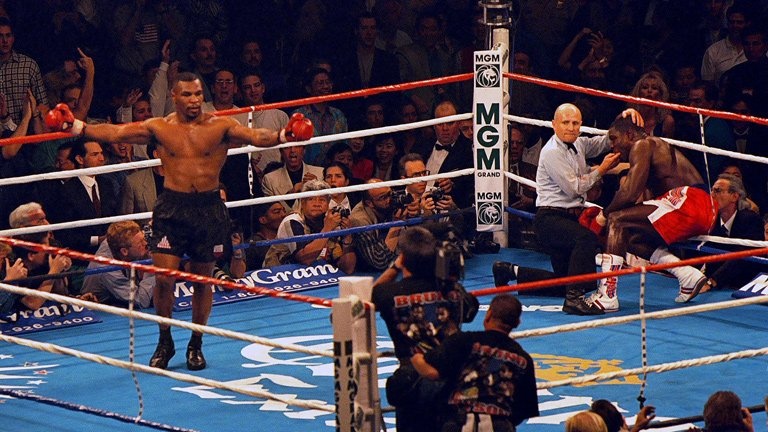 Mike Tyson is reportedly eyeing up a return to the ring
By Callum Pragnell
17:19 Monday 8th June 2020 - 4 minute read

Mike Tyson threw his last professional punch 15 years ago but now, aged 53, the sportsman-turned-actor has hinted at a return to the ring.

Tyson, nicknamed ‘Iron Mike’ during his 20 year-long career as arguably the greatest heavyweight boxer of all-time, is eyeing up a return to the sport and there are an array of potential fighters reportedly willing to go toe-to-toe with him on the canvas.

At 20, Tyson became the youngest boxer in history to win a heavyweight title, and while the American is now approaching his mid-50s, recent videos of him in training suggest that he is still an extremely capable fighter.

Tyson’s career ended on a low back in 2005 when he was defeated by anonymous journeyman Kevin McBride in Washington D.C, ending his career at 50-8 with a total of 44 knockouts.

Should he make a return, the most likely opponent for Tyson is Evander Holyfield. The pair met twice during their respective professional careers, with Holyfield winning both times.

The second of their two meetings came back in 1997, when Tyson was famously disqualified for biting his opponent's ear mid-fight.

Holyfield hasn’t fought since 2011 but has also resumed training and is said to be keen for a charity rematch against his former foe; the 57-year-old is currently 2/1 to face off against Tyson for a third time.

My 1st week back in the gym and I feel great I'm looking forward to stepping up my training sessions and intensity as I prepare for my fight.

Another potential candidate could be Tyson Fury’s father, John. The 55-year-old, who also used to box professionally, has become a well-known personality in recent years thanks to his eccentric nature and outspoken views.

“Mike’s making a comeback; I don’t value my life at 50p but let me tell you something, Mike Tyson is worth doing charity with,” said the former bare knuckle fighter.

“I’ll fight Mike Tyson, he’s making a comeback. I know he mentions my boy’s name every five minutes, but here I am, John Fury is hiding from no man, not even the king of the old men Mike Tyson.

“I will fight Mike Tyson; I will not be denied, I will die in a fight.”

Fury is priced up at 10/1 to be Tyson’s comeback opponent.

All Blacks rugby legend Sonny Bill Williams may still be playing professionally in Canada, but his sporting talents are not just limited to rugby. The 34-year-old boasts a 7-0 professional boxing record and has already beaten a former Tyson opponent in the shape of Frans Botha.

Speaking to the Sydney Morning Herald, Williams said that it would be "an honour" to pit his wits against one of the best boxers the world has ever witnessed. After initially being touted as 6/4 favourite, Williams has now drifted to 20/1 to step in the ring alongside the New Yorker.

"I grew up watching Tyson and his fights," said Williams.

"It’s hard not to admire the power and ferocity of Tyson like so many other sports people around the world.

"It would be a humbling and surreal moment in my life to stare at him and know I was facing one of the greats of the sport. It would be an honour.. a career highlight to share the ring with an iconic figure of world sport.

"If it’s for a good cause, I’d love to get in the ring with Mike Tyson."

The full list of Tyson's potential opponents, including the recently-retired Tony Bellew and Lennox Lewis, are listed below. 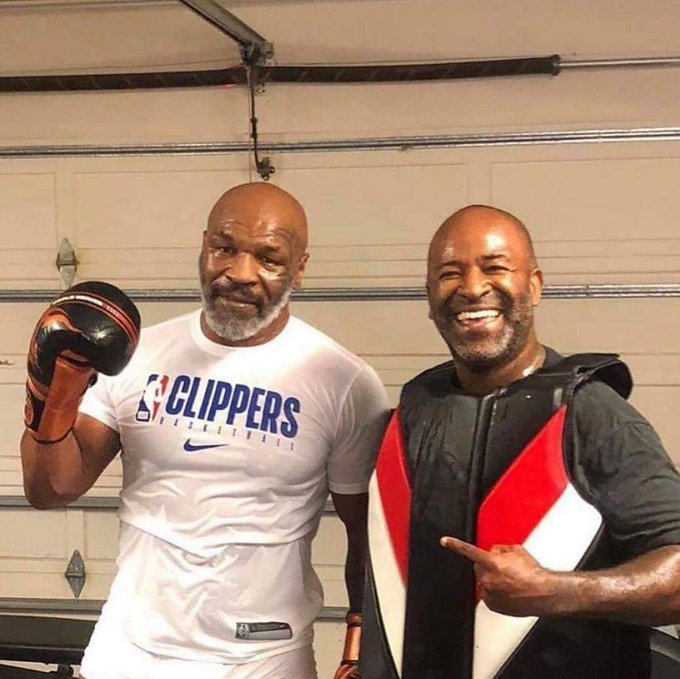