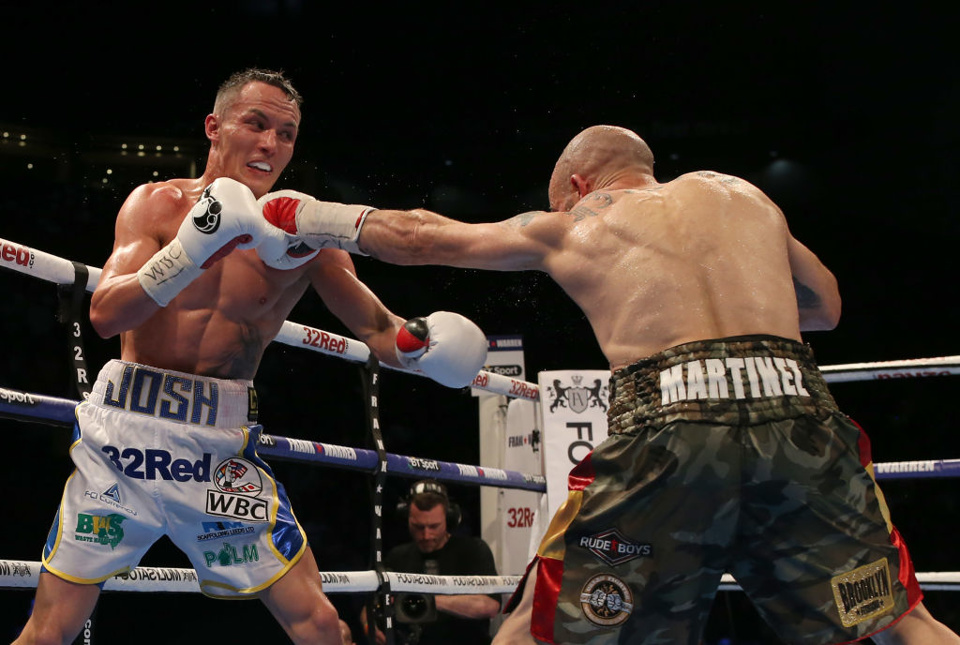 We're back in the squared circle in the Featherweight division for a clash for the IBF World Title between the current two-weight World Champion Kiko Martinez and the former champion Josh Warrington. We've asked our boxing man Adam Roberts to preview this one and provide us with his best bet for the contest.

The fight will be held at the First Direct Arena in Leeds on Saturday March 26th and will be broadcast live on streaming site and app DAZN. The event will start at 7pm with the ring walks for the main event expected around 10.15pm. The card is a Matchroom promotion by Eddie Hearn.

Both men enter this contest at a crossroads in their career. Champion Martinez had been written off by many people within the boxing industry after continuous losses to World Champions in Carl Frampton (twice), Scott Quigg, Leo Santa Cruz, Josh Warrington and Gary Russell Jr. Barely anyone predicted what was about to happen next - a clinical demolition of highly rated Kid Galahad in six rounds which secured him his 2nd world title at different weights. Now in this showdown in West Yorkshire, he has a real chance to cement his legacy in the sport by securing revenge over one of those fighters who beat him previously, Englishman Josh Warrington.

Warrington is in the lowest period of his career currently, after a stellar rise to fame that saw him work his way up from a small hall fighter to a 30-0 unbeaten IBF Featherweight World Champion, and badly needs a performance and win here against a tricky opponent. His last two fights have seen him brutally stopped by unknown Mexican Mauricio Lara and then a non contest in the rematch after an accidental head clash. If the 31-year-old Leeds Warrior can regain his old title here, then a defining trilogy fight versus Lara could be on the cards.

Warrington is under no illusions of what he is likely to face in this bout:

“I don’t think he’s going to turn up March 26 and start dancing round the ring with his hands down.

What he brings is ferocious pace, he’s energetic and he throws lots of punches.

I guarantee he’ll do the same and he probably thinks he can knock me out as well.

He’s seen me be put on the canvas so he probably thinks I’m susceptible, but we’ll be ready for whatever he brings.” 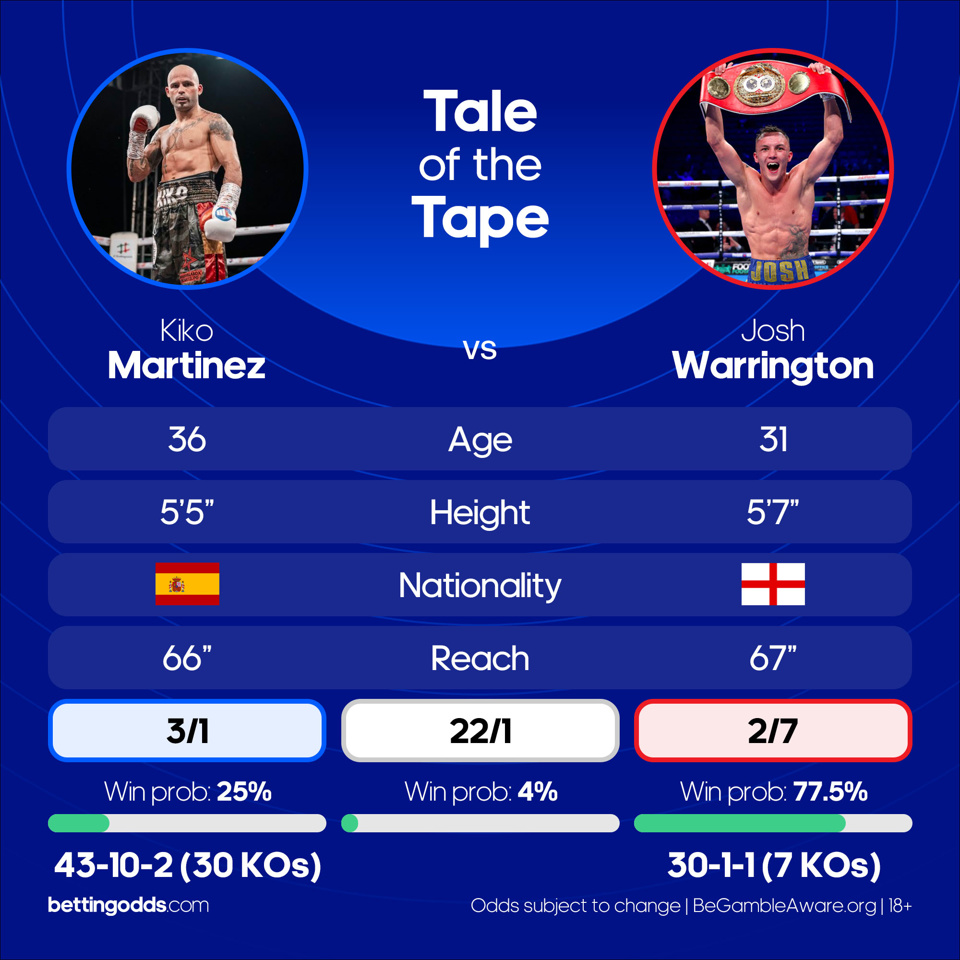 This is a fairly tough fight to pick given the bookmaker odds. They have Warrington at a best priced 2/7 to beat Martinez which looks incredibly short. Martinez showed how dangerous he is against a skilled operator in Galahad and has a relentless workrate and bravery. Warrington doesn't possess enough power to stop Kiko so will need to box cleverly off the back foot and fight at a greater pace than the Spaniard without getting caught.

The 7/2 on the Martinez stoppage certainly caught my eye and I was tempted to gamble on the decline in Josh's punch resistance after a devastating loss to Lara. However, he beat Martinez fairly comprehensively in the first fight and if he boxes sensibly here he should do again.

I can't see any circumstances where Warrington stops Kiko so the 5/6 on offer at Boylesports for a points decision looks very good value. It's as low as 4/6 at Paddy Power.

Enjoy the fight and gamble responsibly.

Fury vs. Usyk Odds as BettingOdds.com take a First Look at the Betting Markets ahead of the proposed Heavyweight…