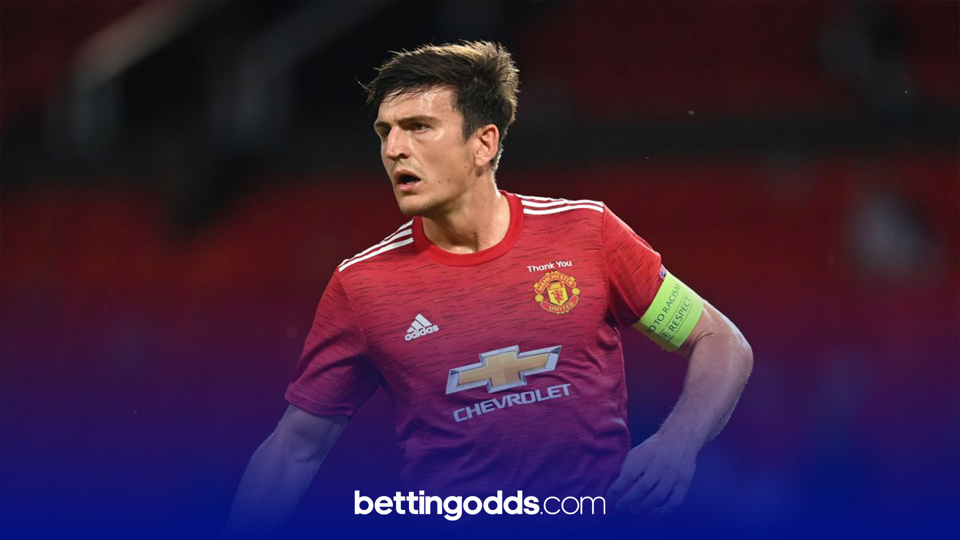 Harry Maguire has been booked twice as many times against Manchester City than any other Premier League club in his career
By Anthony Eadson
16:24 Friday 5th March 2021 - 4 minute read

Manchester City are now unbeaten in 28 games in all competitions, which has equalled the club record they set back between April and December 2017. Pep Guardiola’s side are now 14 points clear at the top of the Premier League table and take on Manchester United at the Etihad this Sunday.

Besides having the chance to go 29 games unbeaten, City also have the chance to end Manchester United’s unbeaten away record in the league. Ole Gunnar Solskjaer’s men have not tasted defeat on the road since all the way back in January when they went down 2-0 at Liverpool.

Here at BettingOdds.com, this weekend we’ve decided to focus our analysis for the game around the visiting side with a dive into their defensive and disciplinary data. Off the back of our findings we’ve also provided a selection we like the look of, however you can find a full preview for the game from the knowledgeable @JimmyThePunt, along with three football tips.

First up let’s take a look at yellow cards, Manchester City have picked up the fewest in the league this season but when it comes to Manchester United, they rank sixth. Ole Gunnar Solskjaer’s side have been shown 41 yellow cards with Harry Maguire leading the way with seven to his name. 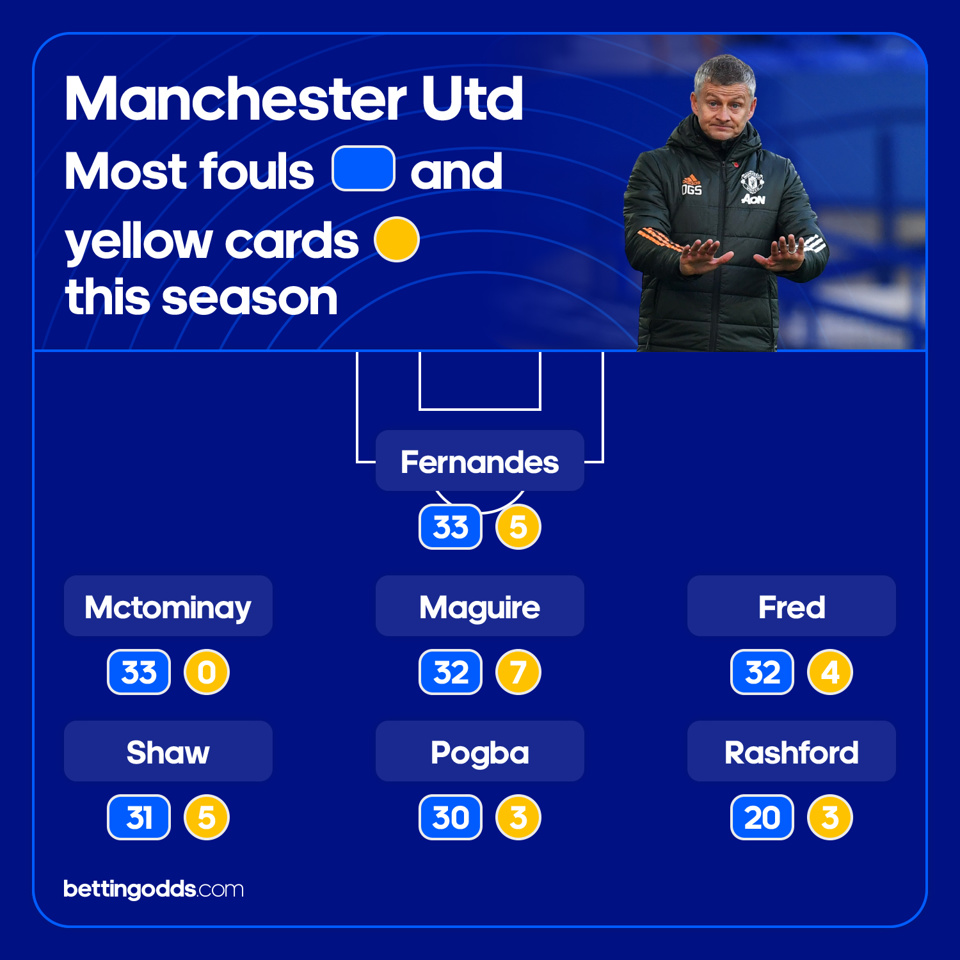 The curious case of Scott McTominay - Most fouls at Manchester United

Below, we’ve listed the players at Manchester United who have committed the most fouls in the league this term. Immediately we can see here that Scott McTominay leads the way along with Bruno Fernandes, however somewhat bizarrely the Scottish midfielder is yet to pick up a single yellow card this season. That’s quite remarkable for someone who has committed 33 fouls, with every player in the division who has committed more fouls than McTominay having picked up at least two yellows!

Harry Maguire has played for three Premier League clubs in Hull City, Leicester City and Manchester United and we’ve taken a look back at which of his opponents he has been shown a yellow card against most. Surprisingly, the 28-year-old has been booked twice as many times against Manchester City than any other Premier League club throughout his career. That’s eight bookings in just 13 matches against Pep Guardiola’s side... 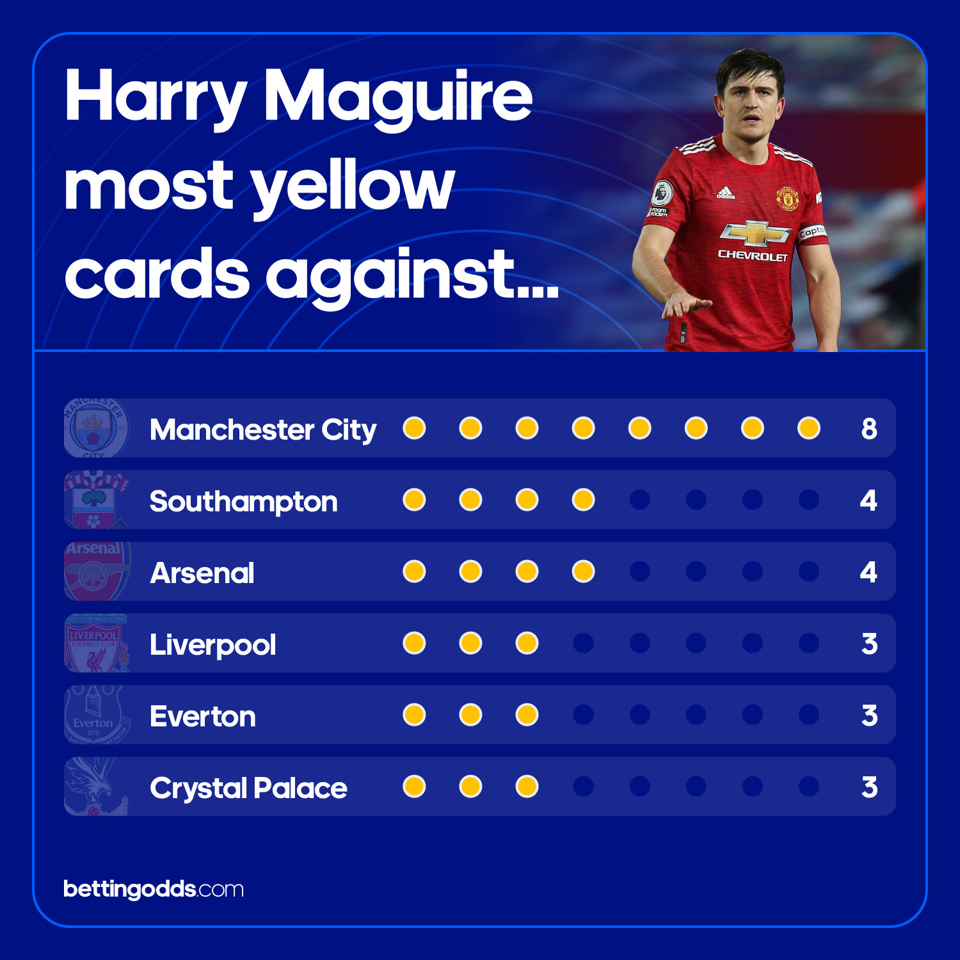 Anthony Taylor will be the official in charge of Sunday’s game at the Etihad. The man-in-the-middle from Wythenshawe ranked 4th out of 19 officials when it came to yellow cards in 2019/2020 with an average of 3.81 per game. Taylor also took control of this game last season, where he brandished five yellows and awarded a penalty. This term Taylor has kept his cards in his pocket more frequently with his average yellows shown dropping to 2.67 per game, however in our opinion he’s still one of the better officials for bookings in the Premier League.

To be carded on Sunday

Over the past few season’s Harry Maguire has been one of the most prolific central defenders in the league when it comes to picking up cautions. Since the 2015/2016 season - when he played for Hull - Maguire has picked up at least five yellow cards in each campaign, with this current season set to be his biggest haul yet. Only three players in the division have picked up more yellows this season than the Manchester United captain, in Hector Bellerin, Issac Hayden and Conor Gallagher. 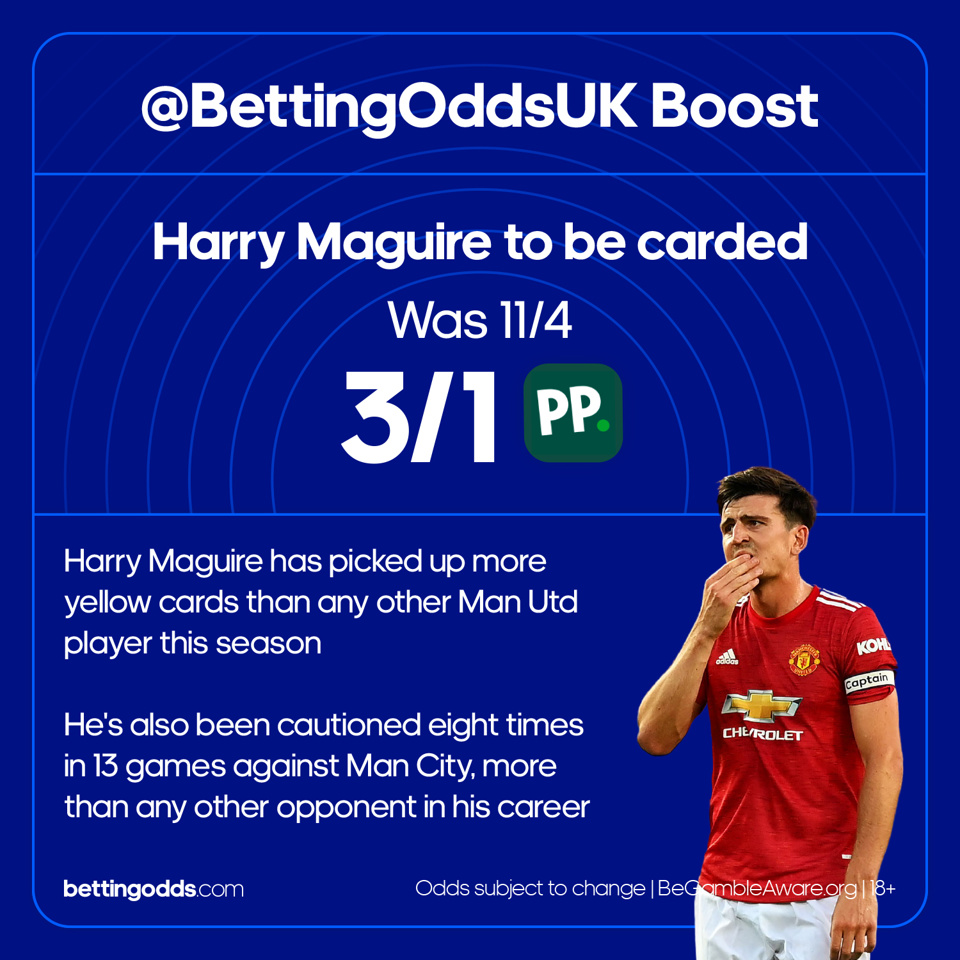 Having considered the figures and findings above we’ve decided to take a punt on Harry Maguire to be carded against Manchester City on Sunday. Paddy Power are currently offering the best price available at 11/4, however they have given us a little boost which now pays 3/1. With eight yellows shown in 13 games against the City the Manchester United captain looks a very reasonable proposition this weekend. If you are having a bet this weekend, please remember to do so responsibly.