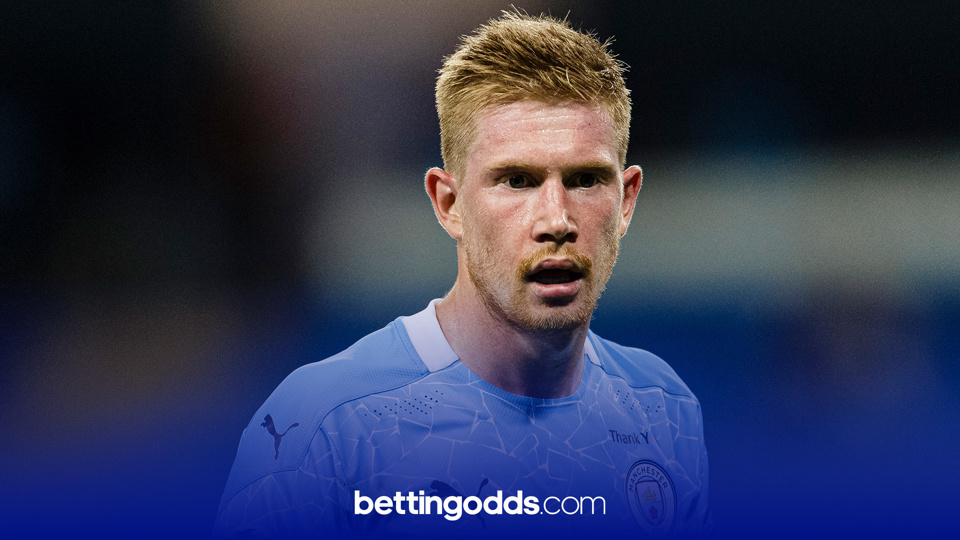 It’s the first Manchester Derby of the season on Saturday as City make the short journey over the Mancunian Way to Old Trafford. After landing us a winner in each of his last four match previews @AnthonyEadson is back with three football tips for the game that can hopefully bring some pre-Christmas joy.

Edinson Cavani and Anthony Martial are the only injury worries for Manchester United manager Ole Gunnar Solskjaer heading into the game with the pair both minor doubts. Luke Shaw only managed an hour against Leipzig on Wednesday after returning from injury, whilst Mason Greenwood could get the nod at the head of United’s attack.

Saturday’s game could come too soon for Sergio Aguero who despite scoring when coming off the bench against Marseille midweek, will most likely be used as a substitute again, with Gabriel Jesus leading the line from the off. Ilkay Gundogan and Eric Garcia are the only other doubts for Pep Guardiola’s men.

Manchester United have won the last two meetings between the sides, but go into the game as the 10/3 outsiders, given just a 23% implied chance of victory by the bookmakers. The draw can be backed at 16/5 with Manchester City the odds-on favourites, priced at 8/11 for the three points.

The first of three selections I’m recommending for BettingOdds.com in the Manchester derby comes in the form of Marcus Rashford to have two or more shots on target, priced at 16/5 with both Betfair and Paddy Power. The England International is one who relishes playing his city rivals and has only scored more goals against Chelsea than against Manchester City in his career.

That’s four goals in total Rashford has against City and he’s been in good form this season with eleven goals for club and country. Three of those goals have come in his last five games but for me the key stat here is that Rashford has registered at least two shots on target in six of the last eleven games he has started for United. At 16/5 I do feel this is slightly overpriced with both Betfair and Paddy Power, with Sky bet going considerably shorter at 13/8.

Next up I’ve picked out a double from the shots on target market with Bruno Fernandes and Kevin De Bruyne both to have two or more shots on target. This is priced at 16/1 with Betfair, which again I think could be a little overpriced and could well go off at shorter odds.

Bruno Fernandes has been very much the beacon of hope for United fans this season with his performances dragging his team out of trouble on numerous occasions. Fernandes has in fact registered more shots on target in the Premier League than any other midfielder this season which makes the 3/1 on two or more shots on target a rather attractive proposition. Since the start of least season United have been awarded 31 penalties in all competitions and with Bruno being on duty, it only adds more to our case for him to rack up the shots against City

Paired with Bruno Fernandes to have two or more shots on target is Kevin De Bruyne to also achieve the same feat. Averaging 3.7 shots per game in the league this season, the Belgian has by far the most attempts on goal for City this campaign. With De Bruyne also being on free-kicks and penalties for City I’m more than willing to get involved with this double that pays 16/1 with betfair at the time of writing.

I’ve also picked out a longshot made up of Raheem Sterling to have two or more shots on target with both Rodri and Harry Maguire to be carded. This is available at 45/1 with Paddy Power.

Raheem Sterling has failed to score in 20 games against Manchester United in his career but I’m fancying the forward to notch at least two shots on target and possibly end that duck. I think Sterling will have that statistic at the back of his mind going into Saturday’s game and will be looking to shoot at every given possibility.

The first of two players I’m fancying to be carded is Harry Maguire of Manchester United. The central defender has been booked four times in 16 games in all competitions this season and I still do think he has a clumsy tackle in him at times. Booked against Leipzig in midweek I’m fancying Maguire to follow up in another important game for the Red devils.

Rounding off this trio that make up this 45/1 shot is Manchester City’s Rodri to be carded. The only outfield player to start every league game for Pep Guardiola this season, Rodri is a workhorse in the middle of the park. Since the start of last season he’s picked up more bookings than any other player for City and it would be no surprise to see him pick up his third of this league campaign on Saturday.

Best of luck to those following the selections on Saturday, let’s hope we can make it four profitable match previews in a row for BettingOdds.com. Enjoy the game and please gamble responsibly.

Who's looking forward to the Manchester derby this Saturday? 👀🍿