Manchester City Premier League Odds: Cityzens to regain their stance at the top of the pile? 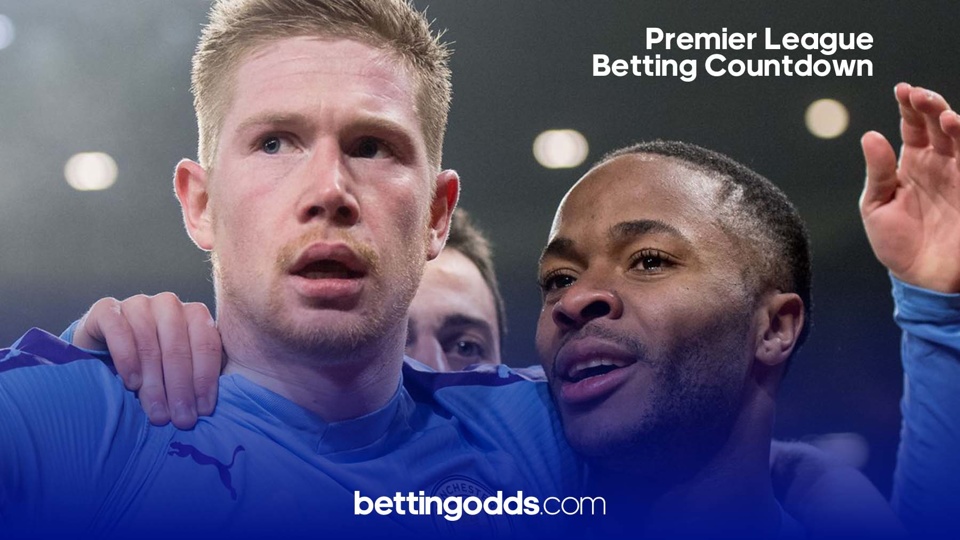 Last season Man City won the Community Shield, League Cup and finished second. Incredibly this is deemed as a bad season for the Cityzens, a season where Pep Guardiola had the most defeats he’s ever suffered in one season as a manager with 12. We witnessed the best and worst of City in 2019/20 from winning and scoring 4+ in a match 15 times to embarrassing defeats to Norwich, Southampton and to their Manchester rivals twice.

I don’t want to be too harsh as they have come off the back of consecutive titles where they reached 98+ points twice and won four trophies in those two seasons. But because of the very high standards this team have, it’s been suggested Pep needs to reshuffle the pack and create Man City 2.0 if they are to challenge Liverpool for the title this season and win their fifth Premier League.

City acted swiftly in this summer’s transfer market by improving their defensive options with the signing of Dutch international Nathan Ake. Ake, a solid signing who seems an upgrade on Otemendi and Stones, however if you’re on Man City twitter you’ll see the relentless content about signing Napoli’s Kalidou Koulibaly, which according to the bookies has an 80% chance of happening at 1/4.

They’ve also replaced Leroy Sane who left for Bayern with Spanish prospect Ferran Torres who in the recent Nations League games looked very exciting and could be one for the future. City legend David Silva left after 10 years at the club, to play the later stages of his career out in Spain near his family. And talking about legends in Spain, we can’t finish without mentioning Lionel Messi who at one point was as short as 2/5 to join Man City in what would have been an iconic transfer, fingers crossed for 2021/22 eh?!

Remarkably Man City are the 4/5  favourites to win the Premier League this season! Why? We’re not totally sure but after Pep created the dominant winning machine that won back-to-back titles, the bookies like most Premier League teams have been running scared of City. This has seen City turned over a few times at short-prices last season which has seen plucky punters reep the benefits when backing Norwich (28/1) and Wolves (22/1) to beat City.

It appears as though the bookmakers have not changed their stance and when objectively looking on paper see City as having a far superior squad than Liverpool, when in reality last season proved, Liverpool have the far better team, You can back The Reds to regain the title at a decent 9/4.

Sergio Aguero finds himself slipping down the top scorer betting list and you can back him at 8/1 but with his injury record and at 32-years-old I think relying on Aguero could be detrimental.

If you fancy Jesus to step up and win the Golden Boot he’s 20/1 best priced at bet 365. One player you know who is going to perform is Kevin De Bruyne and if he can reach the levels he did last season surely he’ll be claiming a PFA Player of the Year trophy at some point, you can get a decent 5/1 he does that next season with teammate Raheem Sterling second favourite to win this at 12/1.

If you think Pep’s side will come back with a vengence and create more history they are 33/1 to emulate Arsenal’s invincible side and go the season unbeaten. But if you think the wheels have well and truly fallen off and Pep will be ‘a fraud’ this season you can get 14/1 they finish outside the top four.

KDB and Sterling to guide City to the title?

Our City special is looking at their two stand out performers last season in Raheem Sterling and Kevin De Bruyne. Sterling notched 20 Premier League goals last season, the most of his career and his stats suggest he’ll keep on getting better and better. KDB had the most goal involvements in the league last season with 33, 13 of them being goals and should the pair improve on last season, City have a fantastic chance of regaining the title.

The good lads at Paddy Power have given up a really good price of 6/1 that Sterling and De Bruyne bag a combined 35+ goals and City win the Premier League.

Kevin De Bruyne is the 2019/20 @PremierLeague Player of the Season 🌟
https://t.co/6SupsbiwyI