Manager Books: 10 riveting reads to sink your teeth into in football’s absence

Seeing managers prowl the touchlines, bellowing out instructions, ranting, raving and giving somewhat bizarre press conferences may be off the cards for a while, but you can still get your gaffer fix through the medium of reading.

That’s right, dust those books off the shelves or go down the more modern Kindle route and fill the void by delving into the colourful, engaging and intriguing lives of football managers.

Now we’ve got your attention, if you’re struggling for ideas then check out the 10 riveting manager-orientated reads below.

Meanwhile, if you fancy being in with a chance of winning a copy of Tim Rich’s eagerly anticipated: 'The Quality of Madness: A Life of Marcelo Bielsa' - then simply CLICK HERE.

Inverting The Pyramid: The History of Football Tactics - Jonathan Wilson

The bible of all football books.

I thought I knew a fair bit about football before I picked this book up a few years ago. Turns out I pretty much knew nothing.

Author Jonathan Wilson explores football's tactical history and with it the managers who have stamped their mark, opened new doors and revolutionised the way the beautiful game is played.

As a reader you discover, or become more in-tune with, the different tactical trends that have taken place over the last 100 or so years; from the 2-3-5 pyramid and Herbert Chapman’s WM formation, to the use of the false 9, Catenaccio, Total Football, the high press and Tika Taka.

Wilson hones in on a band of eccentric, intelligent and thought-provoking band of bosses. From the more well known Rinus Michels, Johan Cruyff, and Arrigo Sacchi to the equally captivating but perhaps less known figures of Viktor Maslov, Valeriy Lobanovskyi and Jimmy Hogan.

If you’ve not had the chance to read this beauty, then get your mitts on a copy ASAP.

Neil Warnock: The Gaffer - The Trials and Tribulations of a Football Manager

We may possibly have seen the last of Neil Warnock in the managerial area - we hope not! - but if, like us, you’ve been missing the boss since he left his post at Cardiff City in November, then have no fear, you can gain a captivating insight into his career in ‘The Gaffer’ which details the trials and tribulations of the marmite manager, in his own words.

Warnock reveals what makes him tick, how he tackles obstacles, and the almost absurd lengths he goes to bag three points; from scouting trips at all hours of the day, and bizarre superstitions to unique team bonding sessions and juggling demanding and often clueless owners.

Pep Guardiola, Jurgen Klopp and Jose Mourinho are three of the most high-profile and successful managers of the modern era, but if we flick the history books back to the 1950s/60s it was a trio of Scots that ruled the roost in British football: Matt Busby, Bill Shankly and Jock Stein, who transformed Man Utd, Liverpool and Celtic respectively.

The compelling characters are explored in-detail throughout Leo Moynihan’s book ‘The Three Kings’ where you are taken through a mesmerising managerial journey.

You'll discover how their backgrounds, upbringings, routes into football, playing and then managerial careers overlap and entwine in what will also remain a fundamental and pivotal period of British football history, and one that is well worth jumping back into. 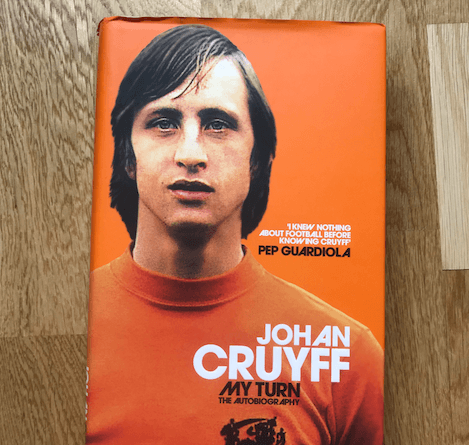 Johan Cruyff: My Turn - The Autobiography

Johan Cruyff is one of the greatest players and visionaries to ever grace the football arena.

As a player, he delighted supporters and frustrated opponents with his unique blend of skill, panache, technique and determination.

In conjunction with Rinus Michels, Cruyff transformed the footballing sphere through the Total Football movement, and later took his talents into management where he famously enjoyed success with Ajax and Barcelona.

The Dutchman is a true pioneer who established a tactical ideal that inspired coaches, players and fans worldwide. His unique thought-process, and determination to not only succeed but thrive and change the way people play and watch football is plain for all to see in this bold and beautifully coloured orange book.

Cruyff may sadly be no longer with us but his football footprint will last forever.

Mister: The Men who taught the world how to beat England at their own game - Rory Smith

This has got to be one of the most meticulously researched books I’ve ever read.

Rory Smith goes to great lengths to bring to light the English coaches and managers who helped spread ideas, beliefs and tactics throughout the world.

He unearths a series of remarkable stories, detailing the subjects’ impacts and lasting legacies. From Jack Greenwell’s surge over to Spain and his role in evolving Barcelona into a modern-day superpower, to the original mister William Garbutt, who is viewed as the father of Italian football.

It really is a rewarding read for those of you that are keen to learn more about the Misters who may well have been shunned by England, but to their credit refused to be held back and in turn played a significant role in transforming football into a truly global game.

Stephen Constantine: From Delhi To The Den

In keeping with managers who have ventured further afield in search of jobs and recognition, we bring you Stephen Constantine.

No Englishman in history has managed more national teams than Constantine whose striking managerial journey has, so far, taken him to countries such as Nepal, Rwanda, and Sudan to name just a few.

Constantine’s ambition and passion is clear for all to see, with the boss throwing himself into challenging situations and war-torn countries, where he drinks in new cultures and experiences, many of which have to be read to be believed!

For some absurd reason Constantine continues to be ignored by chairman and owners over on our own shores but surely it’s only a matter of time until the nomadic manager is handed the opportunity he truly deserves.

The Manager: Inside the minds of football’s leaders - Mike Carson

If you’re interested in the anatomy of a football manager, then this book is for you.

Author Mike Carson picks the brains of a variety of managers who reveal how they perform various roles, including how they build winning teams, how they deal with pressure and how they deliver on expectations.

Jose Mourinho, Carlo Ancelotti and Mick McCarthy all feature as Carson combines elements of football and business to create a fascinating insight into how a manager functions, performs and adapts. 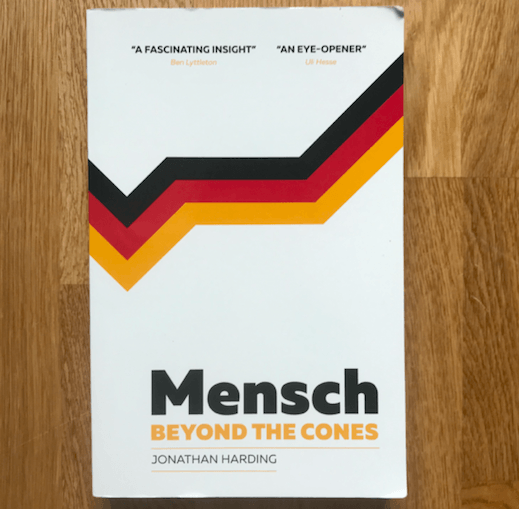 Mensch: Delving into the world of innovative young German gaffers

Mensch: Beyond The Cones - Jonathan Harding

Many of the books included in this list have focused on English managers and their various successes and failures, so we’ve decided to switch things up by bringing you the excellent ‘Mensch: Beyond The Cones’ by Jonathan Harding.

Harding focuses the managerial lense on Germany, a country with a catalogue of young and exciting coaches who are employing and embracing new, innovative managerial methods.

You may never previously have heard of many of the managers analysed and interviewed, from Daniel Niedzkowski to Lars Kornetka, but their approaches, visions and philosophies make for riveting reading.

We couldn’t compile 10 manager books to read without including Sir Alex Ferguson.

Sir Alex spent nearly 40 years in management so he knows a thing or two about leadership, which is the main concept of this book, and one that is broken down into 13 engrossing sections.

From assembling the pieces of the managerial jigsaw to business development and measuring people's strengths and weaknesses, Sir Alex and Michael Moritz combine to reveal the Scot’s secrets to his success.

If you ever wondered about the tools Fergie used to assemble winning squads, how he dealt with players, and was able to retain and continue to orchestrate his authority which allowed him to reach the summit of the managerial ladder, then this is as good as it gets.

RT and Follow for a chance to win @TimRich001's eagerly anticipated: 'The Quality of Madness: A Life of Marcelo Bielsa'

The book promises to be a cracker, and will be released on April 2 📘👔#WorldBookDay #LUFC pic.twitter.com/gcua2HLPiw

Clough & Revie: The Rivals Who Changed the Face of English Football - Roger Hermiston

You’re probably familiar with books such as The Damned United and Brian Clough: Nobody Ever Says Thank You: The Biography, yet if you’re after a more detailed account of Brian Clough’s volcanic managerial rivalry with Don Revie then look no further than: Clough & Revie: The Rivals Who Changed the Face of English Football, written by Roger Hermiston.

We often only hear the narrative from Clough’s angle, but in this book Hermiston looks at both sides of the story, using interviews and his own insight to bring to life one of the most colourful rivalries in football history.