Man Utd v Wolves Tips: Shaw in the spotlight for the visit of Traore 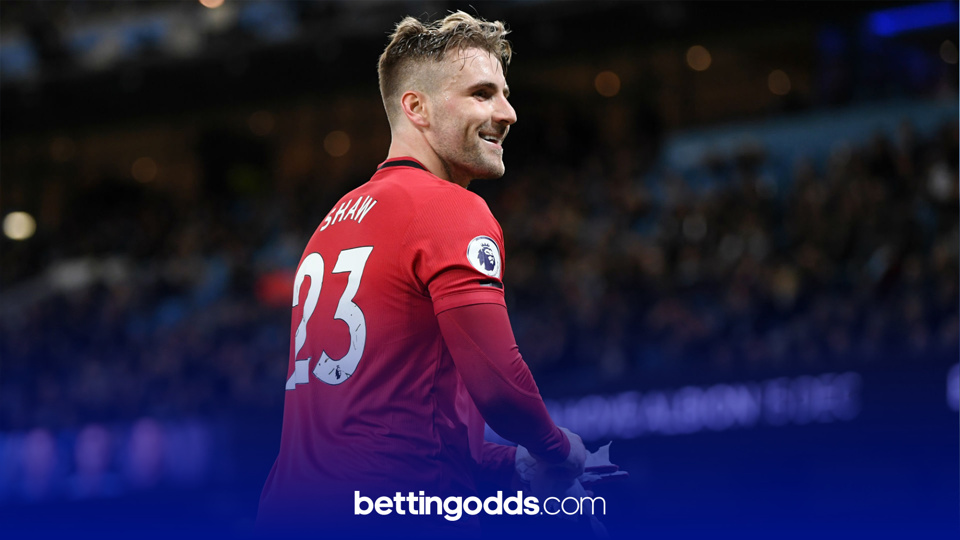 Manchester United v Wolves (8pm) is the highlight of Tuesday's five Premier League games and I've picked out some angles ahead of the game at Old Trafford.

With the games coming thick and fast during this Christmas Period, it's becoming a bit of a roulette guessing who will start when putting up player bets, but the flipside is there's often some value to be had when shopping around early. Indeed, in Monday's preview for Everton v Man City you could get Gylfi Sigurdsson to get 1+ shots on target  at 2/1 when the markets opened, soon clipped into 13/8 and he was 6/4 at the time of writing on Monday afternoon. The point is, there is some value to be had going early and I've tried to pick out some value shots for Tuesday's game.

United have had an extra day's rest than Wolves but will probably rotate more of the squad than Wolves. Reason being a. they have a bigger squad to choose from and b. Wolves already have a number of injuries which will prevent them from making wholesale changes.

The bookies make Ole Gunnar Solksjaer's side 11/20 to win the match, with wolves a 5/1 shot and the draw 31/10. United are unbeaten in their last six games winning four and can go to within two points of Liverpool with a win.

I'm starting off with a look in the bookings market and in particular the Manchester United left hand side.

Adama Traore hasn't been as effective this season for Wolves. The Spanish international hasn't been first choice for starters and he's now gone 22 Premier League games without any goal involvement.

However, Traore looked much more like his dangerous self against Tottenham on Sunday night and kept the likes of Ben Davies and Sergio Reguillon very busy on the left for Spurs. Traore's powerful and direct style indeed draw a foul cutting insaide from Harry Winks which saw him pick up a yellow card on Sunday and I like the look of Shaw to bring him down and get into trouble with Jon Moss.

Shaw is averaging 1.2 fouls per game for United this season and has two yellow cards in his 10 Premier League appearances. The 12/5 looks a good price and I would also look at potentially adding Paul Pogba into the mix for the same reasons if Traore is cutting inside. Pogba has the most fouls per game for United this season and could get a starting berth on Tuesday after coming off the bench in Saturday's draw at Leicester. Pogba is 10/3 to be booked which looks a decent bet as well.

Second up I'm going for another player to be booked, this time on the Wolves side in the shape of Nelson Semedo who looks a really big price at 9/2.

The Portuguese full back has picked up two yellow cards in his last three games and is averaging 1.5 fouls per game, the third most from a Wolves player this season.

Up against pace in the shape of a Greenwood, Martial, James or Rashford depending on who starts, I like the look of his price to get booked, he's played 90 minutes in all ten of his last appearances playing week in week out for club and country and he may just be feeling the pace of the Premier League experiencing his first winter in England.

Following Raul Jimenez's head injury at Arsenal at the end of November, it's been a mix of Podence, Neto and Fabio Silva up front for Wolves.

All three have stepped up to a point and grabbed a goal each between themselves plus all averaging around two shots per game during this period.

It was Podence who caught the eye against Spurs on Sunday though with two shots on target and he's the biggest price of the three at 8/11.

Sticking with the shots market I like the look of Harry Maguire at 13/5.

The England international is averaging 1.4 shots per game for United this season and is a threat from corners as well as the odd rampaging run forward. He's likely to play given he's the United skipper and rarely rested and he got three shots away last time United played at home against Leeds.

If you add in the Pogba booking as explained above at 10/3 that works out at just over 38/1.

Hope you enjoy the game, please gamble responsibly and good luck if you're following.