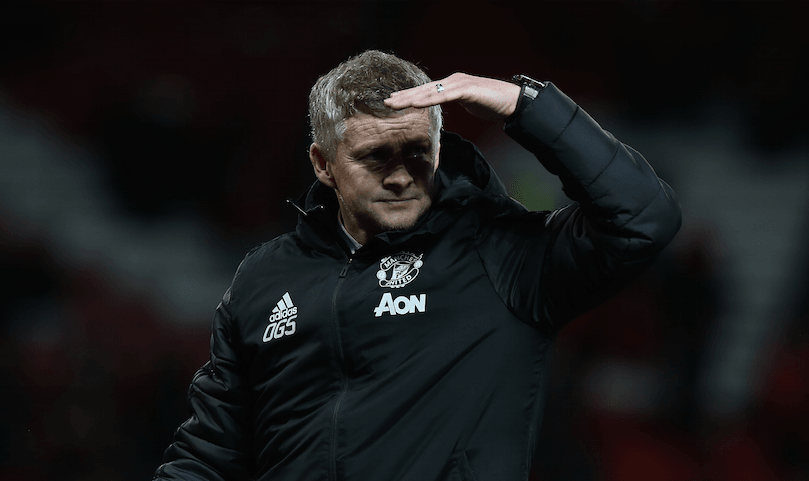 Live on Sky Sports, Manchester United host Manchester City in the Premier League in the early kickoff on Saturday at Old Trafford.

After getting thumped 5-0 at home by rivals Liverpool, Manchester United responded brilliantly in the league by picking up three vital points against Tottenham in a 3-0 win and then picking up an important away point in the Champions League against Atalanta.

Morale is certainly on the up for Ole’s men and they will be looking to continue their excellent record in the league against Manchester City. The visitors sit 3rd in the Premier League table, five points behind leaders Chelsea.

Their last Premier League game was one to forget as they went down 2-0 against Crystal Palace at home having had a man sent off.

There would be no better way to put things right than to beat your rivals away from home and that is certainly what Guardiola’s men will be aiming to do here.

I am expecting a competitive and entertaining encounter at Old Trafford in the early kickoff and I have you covered with my three best betting angles for this clash included in the preview below:

This is a clash of two fierce rivals and a significant game in the fight for top spots so expect players to be up for it with strong tackles going in from both sides.

We have a decent referee appointment with Michael Oliver in charge who is averaging close to four cards a game this season so far but the derby element can often make the referees’ dish out more cards than their average. I also expect Manchester City to be leading in the second half which is why I have gone for a United second half card as I can see one of their players halting a City counter attack to pick up a card.

Finally, I expect City to put the ball into the back of the net as United have conceded in 100% of their home games so far this season in all competitions. Combining the 4 selections mentioned gives us a fantastic betbuilder @ 5/6 and I am happy to stake 1pt on that.

Wan Bissaka will up against one of the most fouled players in the league in Jack Grealish as well as Cancelo. He loves a tackle and I can certainly see him mistiming one of them here and the derby element should help as well. Considering this is as short as 7/4 with some bookmakers, I certainly see value in the 4/1 being offered by Unibet so we will take that with a small 0.5pt stake.

Ronaldo has four goals in his last four appearances for United in all competitions and is easily their biggest goal threat. Foden is City’s top scorer in the premier league with three goals in five appearances. Fred is United’s most booked player with five yellow cards and will have a tough outing against a very strong City midfield.

Combining these three selections gives us a juicy longshot @ 25/1 and I will be staking a very small 0.25pt stake on that.