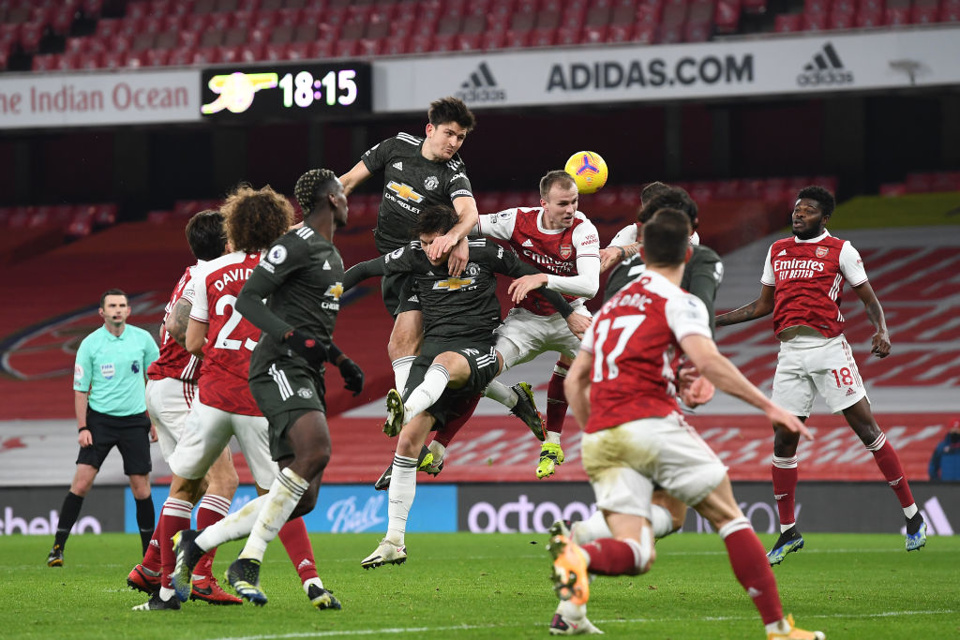 Manchester United host Arsenal in this all important Premier League clash at Old Trafford this Thursday, broadcast live on Amazon prime Video at 8.15pm. The hosts sit 10th in the league table with a disappointing tally of 18 points after 13 games. After the 4-1 defeat at Watford, they have had 2 positive results in the form of an away win at Villarreal and a point at Stamford Bridge against the European Champions Chelsea. Ralf Rangnick was confirmed as interim manager after Ole’s sacking but Michael Carrick will continue to lead Manchester United until his work-permit issues have been resolved. However, there are still concerns about United’s home form as they have taken just one point from their last four Premier League games at Old Trafford, scoring just one goal in the process. If they are to climb up the table, their home performances surely have to improve and the fans would love three points here against an Arsenal side that are sitting five points above them.

Arteta’s men sit 5th in the league table on 23pts with a game in hand over 4th placed West Ham and could move into the Champions League spots with a win here. They are on a fantastic run of form losing just once in their last 12 games in all competitions. After getting thrashed 4-0 at Liverpool, they responded well with a 2-0 home win against Newcastle. However, this will be a tougher test as trips to Old Trafford are never easy. Having said that, Arsenal have a great record here losing just twice in eight away games against them and even beating them here 1-0 last season courtesy of a 69th minute Aubameyang penalty. The stakes are high and there is huge motivation for both teams here so expect a feisty and competitive clash here with both teams going for the win. As usual, I have you covered with my 3 best betting angles included in the preview below.

Raphael Varane, Paul Pogba and Edinson Cavani are out for Manchester United while Luke Shaw is doubtful.

Saad Kolasinac and Granit Xhaka are out for Arsenal while Balogun and Saka are doubtful.

- Over 0 cards in the 2nd half for Manchester United

- Over 0 cards in the 2nd half for Arsenal

- Over 0 corners in the 2nd half for Arsenal

Considering this is a huge game for both teams, I am expecting a feisty game with a lot of tackles flying in specially in the 2nd half. This bet has landed in their last 2/2 head to head meetings at Old Trafford and I expect it to land here again for a 3rd consecutive time. I am adding an Arsenal corner in the 2nd half to boost up the odds to 4/5 as that should be comfortable considering their motivation to enter the UCL spots with a win here. Combining these three selections gives us a solid betbuilder that I am happy to stake 1pt on as our main bet.

Harry Maguire missed the Chelsea game due to suspension but should come straight back into the starting line up here. He is Manchester United’s biggest threat from set pieces and should get plenty of chances to get a headed shot on target against an Arsenal side that isn’t great at defending them. He has had a headed shot on target against Arsenal in his last 3 out of 4 meetings as a United player so 11/4 on the same bet screams of value and we will take it with a small 0.5pt stake.

Jadon Sancho is finally picking up form and has now scored in his last two consecutive games for Manchester United. Smith-Rowe is Arsenal’s top scorer with four goals and had four shots against Newcastle last time out. With Saka doubtful, he will be the main man for Arsenal on current form so we should see at least two attempts from him. Fred is Manchester United’s most booked player with four cards in ten appearances in the league. Combining these three selections gives us a solid betbuilder @ 25/1 and I am happy to have that as my longshot for the massive Thursday night clash.

Man Utd vs Arsenal Odds
Opt-in
Sign up for market leading stats and exclusive expert picks delivered to your inbox from next season
Click to sign up to receive tips
By clicking opt-in you agree to our privacy policy and terms and conditions below
Opt-in
Your Details
Complete your details below to enter:
Full Name
Email
SUBMIT
Please fill in both your name and email
Opt-in
SUCCESS!
Thank you for your submission.