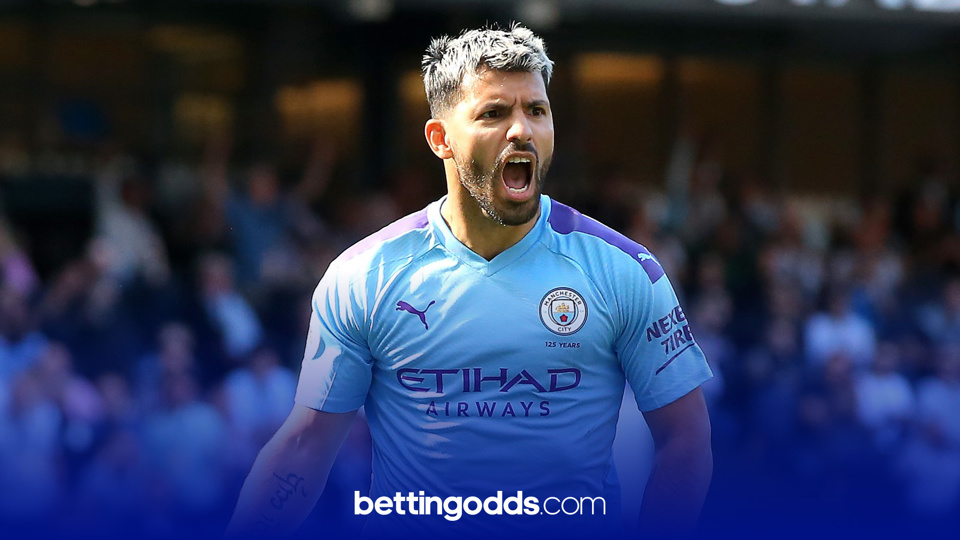 Aguero has 16 league goals this season and we fancy him to bag another this evening
By Anthony Eadson
14:58 Monday 22nd June 2020 - 6 minute read

New customers only. Place your FIRST bet on any sportsbook market and if it loses we will refund your stake in CASH. Max refund for this offer is €/£20. T&Cs apply. 18+ begambleaware.org

Burnley will play their first game since the resumption of Premier League football this evening, as they make the short journey down the M66 to Manchester City. Pep’s side put three past Arsenal last week at the Etihad and will be hoping for another convincing result tonight.

Having a look at the match odds we can see that the bookmakers are taking no chances on City, with PaddyPower pricing them as short as 1/9 to take all three points, an implied probability of 90%. The draw can be backed at 8/1 with most firms, whilst BetVictor are top price at 21/1 for a Clarets win which would be their first away at Manchester City since 1963.

Spanish centre back Eric Garcia will miss out due to concussion after his clash with Ederson in the game against Arsenal, while John Stones is also a doubt after an ankle injury in training. For Burnley, they will be missing Chris Wood with an achilles injury and fellow striker Ashley Barnes who is recovering from hernia surgery.

We’ve picked out three bets for the game after our winner in the City game last week, with a win for the Sky Blues and under 4.5 match goals rolling in easily at even money. Sky Sports Premier league will be showing the match which kicks off at 8pm.

Match Result
Odds are currently not available for this event
We’re used to seeing football odds displayed in either fractions (2/1) or decimal (3.0), but what the Win Percentage Probability score does is show you exactly what percentage chance the bookmaker gives that selection of winning based on their odds.
Calculate your returns:
£79.00
Why this Tip?

Our first bet of the evening is Manchester City to win both halves and Manchester City to have the most corners in each half. Despite seven of the eleven Premier League fixtures since the restart being 0-0 at half time, we’re expecting City to be quick out of the blocks this evening against a Burnley side who will have their backs to the wall.

Burnley’s record when travelling to City does not make for good reading. As mentioned earlier they are winless there since 1963 and their last five meetings at the Etihad have resulted in an aggregate scoreline of 19-2, which includes two 5-0 rompings.

Manchester City have taken 29 more corners than any other team in the league this season averaging just over eight per game. On the other hand Burnley are only averaging 4.7 corners per game and with City having such dominant amounts of possession at home we see them racking up the corners tonight.

Having a look at the overall number of corners taken this season we can see the staggering gap between Burnley’s 139 and City’s 237, and with this in mind we are more than happy to have on side City to take the most corners in each half.

Having originally been priced at 11/5, the gold folk over at Betfair have boosted City to win both halves and City to have the most corners in each half to a rather generous looking 5/2, a price which we are more than willing to get involved with.

Booked four times in the league this season

For our second selection we are backing Burnley’s Dwight McNeil to be carded. The 20-year-old midfielder is enjoying a fantastic season with Burnley and has already been linked with a potential future big-money move away from Turf Moor. With five assists and three goals to his name in the league this season, young Dwight has been a delight to watch at times going forward.

However, in tonight’s clash against City, McNeil will have to track back a lot more and will most likely be spending most of the time in his own half. Normally starting on the left side of a midfield four, McNeil could be up against Raheem Sterling and Benjamin Mendy, both who have pace in abundance. Guardiola likes to rotate his squad and there’s a possibility that Oleksandr Zinchenko may come back in at left back, another player who loves to go forward.

With four yellow cards to his name already this season McNeil is averaging 1.1 fouls per game away from home in the Premier League and having a look at the prices William Hill are 5/1 for him to be carded. We got in touch with Betfair and they have decided to boost McNeil to be carded to a rather tasty looking 8/1 which we will be having a bit of this evening as we feel it represents good value.

Aguero has 9 goals in 7 starts against Burnley

Rodrigo has been booked more times than any other City player this campaign.

The final bet for this evening is our longshot which involves Sergio Aguero to score with Ashley Westwood and Rodrigo to be carded at a rather tempting 40/1. Of course there is a little uncertainty when it comes to who will start for the Cityzens so you may want to wait until team news is released an hour before kick off, however we are expecting the evergreen Sergio Aguero to come back into the starting line-up in place of Gabriel Jesus, who was rather disappointing against Arsenal last week.

Aguero absolutely loves playing Burnley and has nine goals in seven starts against them, a quite remarkable stat. The Argentine has 16 goals in just 23 appearances in the league this season and is averaging 3.3 shots per game, unsurprisingly more than anyone else at the club. Amazingly Aguero has only won the Premier League Golden Boot once in his nine seasons in England, but he’s only three behind Jamie Vardy and is second in the betting behind, top priced 5/1 with William Hill to claim his second prestigious award.

The second part of our same game multi is for Burnley’s Ashley Westwood to find his way into the referee’s book this evening. Only Jorginho of Chelsea has picked up more yellow cards in the league than Westwood this season with the Burnley man collecting nine so far. He’s also committed the most fouls of any Burnley midfielder this season averaging 1.2 per game and when you consider the standard of players he will be coming up against tonight in the centre of the park - such as the unplayable Kevin De Bruyne - we can see him reaching double figures and earning himself a 10th booking of the campaign.

Finally this evening we are backing Man City’s Rodri to be booked. Available as a single 5/1 we think this looks a nice bit of value with the Spaniard having been booked eight times in the league this season, more than any other City player. He didn’t start the game against Arsenal last week but came off the bench and still managed to pick up a caution. Yes we will be waiting for team news before placing this one but if he starts it’s certainly a price to keep an eye on as we feel it could tumble.

To recap our 40/1 longshot, we are going for an Aguero goal with cards for both Ashley Westwood and Rodrigo. Please make sure to always gamble responsibly and let’s hope this game is a little more enjoyable than the painful Merseyside Derby we all had to endure yesterday. 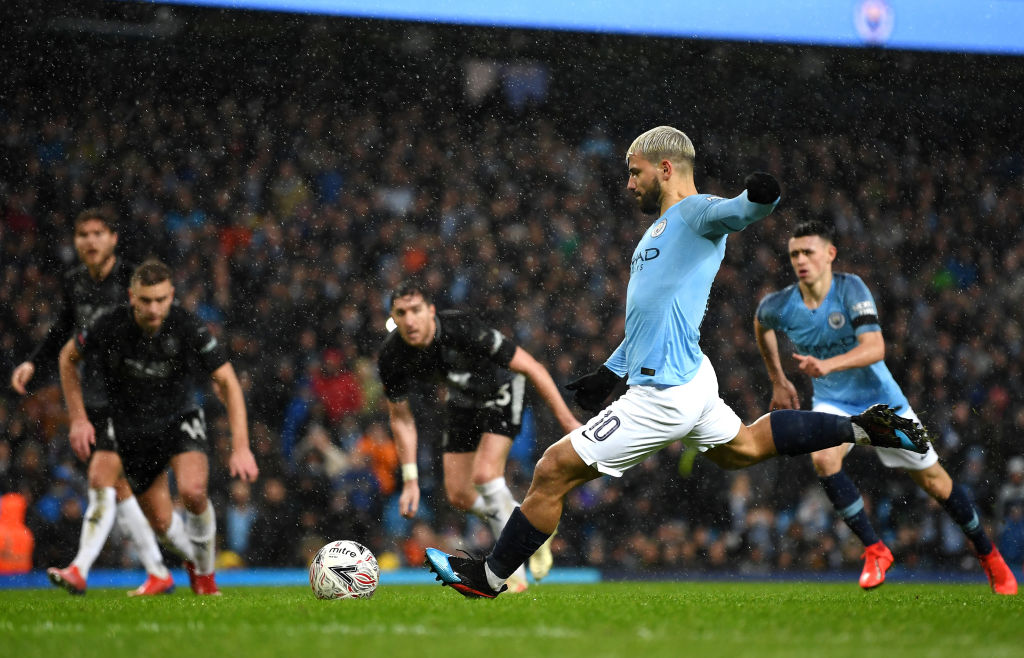 With some high-profile signings joining the club in the summer, partnered with a plethora of existing talent,…