Man City vs. Man Utd Predictions: Portuguese Shots in Store at the Etihad 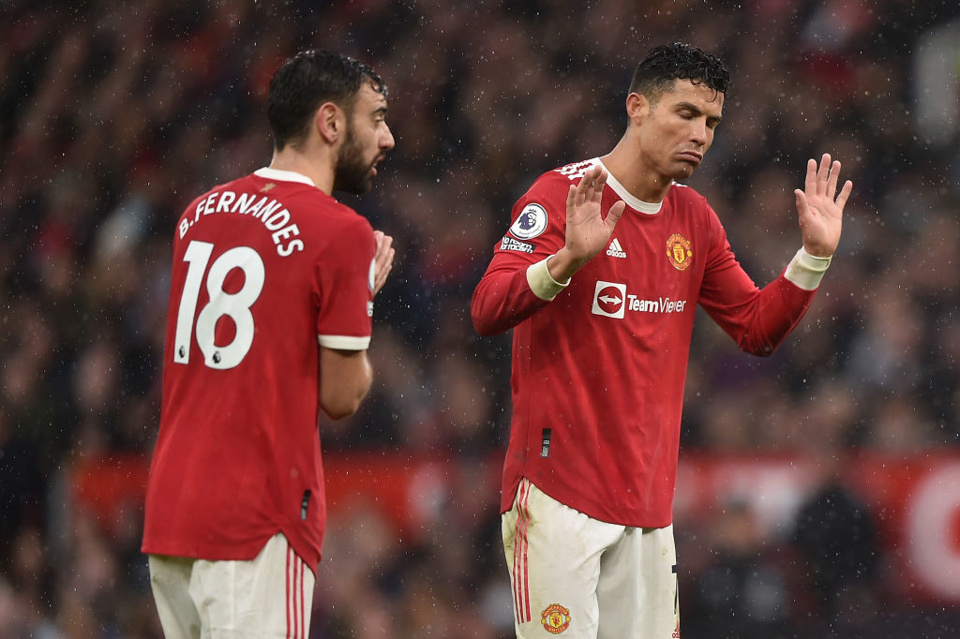 Sunday evening live on Sky Sports, the Etihad Stadium plays host to the Manchester Derby, a pivotal game for the domestic season of both sides. A recent 3-2 loss for Manchester City against Spurs has given Liverpool hope of running them close for another Premier League title, but they have responded well with two straight wins since that upset. They have now recorded twenty one wins from their last twenty four matches, a ludicrous record that they will be looking to continue facing off against their local rivals.

City welcomed back Gabriel Jesus and Jack Grealish against Peterborough, with no other injuries of note. Walker and Stones will both be options here at right back and with Pep always likely to change things up, players all over the pitch will be fighting for their places.

Manchester United have only tasted defeat once under Ralf Rangnick in seventeen matches, unfortunately this includes eight draws, most of which against opposition they would expect to beat. In the top ten of the Premier League, only Southampton have a higher xGa than Manchester United (38.12) which shows how suspect they have been at the back – Manchester City are miles clear on this metric only conceding an xGa of 18.77. Maguire was rested most recently against Watford and is likely to slot back in at centre back. Paul Pogba should keep his place again here after being impressive since returning to the line up. There are lots of interesting battles for places elsewhere on the pitch with Wan-Bissaka and Dalot, Elanga and Rashford, Shaw and Telles all fighting for a start in their respective positions.

Facing off against Manchester City, arguably the best team in World football right now, the Manchester United shot prices are very generous. City have the lowest xGa and the lowest shots conceded in the league by some distance. On average they have only conceded 6.6 shots per game in the Premier League this season.

Manchester City's last five Premier League games have seen them concede 6, 6, 8, 6 and 7 shots to Everton, Tottenham, Norwich, Brentford and Southampton, the Red Devils are hopefully capable of a few more. This is a huge game for United if they are to be successful in their top four pursuit and they will be looking to sting City on the counter. Ronaldo has had a shot in all twenty-six matches that he has started this season and Bruno is also known for shooting on sight, most recently registered eight shots against Watford! He has had at least one shot in twenty-six of his thirty starts this season, with this double also landing in the reverse earlier in the season.

Manchester City vs Manchester United Odds
Cristiano Ronaldo, Bruno Fernandes and Marcus Rashford all to have over 1.5 shots
11/1
Odds correct as of 2022-03-05 10:45 Odds subject to change.

Following on from the main selection, I am happy to take the higher lines at a bigger price for a very small stake. With all of these individual shot prices very generous, combining them together gives us a lovely double figure longshot.

As previously mentioned, Ronaldo has had a shot in every start this season, registering two or more shots in twenty-four of his twenty six starts! Bruno has registered two or more shots in nineteen of his thirty starts, with Rashford also hitting two or more in half of his games this season. Obviously United are playing the best team in world football, with the best defensive record in the league, but if they are to get anything from this game, it will take big performances on the counter-attack from these three in particular.