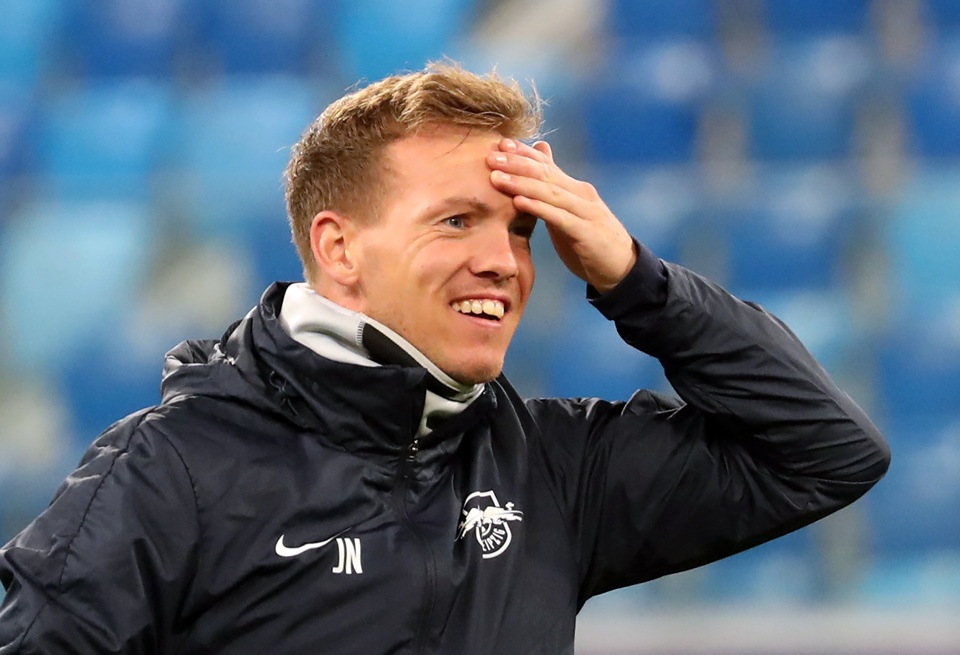 RB Leipzig will be looking to rectify themselves following their disappointing 1-1 draw against SC Freiburg last weekend. Julian Nagelsmann’s side were strong favourites to kick off their restarted Bundesliga campaign with a win, but could only muster a draw after initially trailing Christian Streich's side 1-0 at half-time.

Indeed, they will still fancy their chances of victory against Mainz this Sunday considering they thrashed their opponents 8-0 on home soil earlier this season.

And, while the hosts for this weekend’s clash may have rescued a 2-2 draw against FC Koln in their outing last weekend, the betting odds suggest that they will be severely under the cosh this time out. The bookies give Mainz just a 14.3% chance of beating a Leipzig side (themselves priced at 4/9) desperate for victory after slipping down to fourth in the Bundesliga.

Punters can watch this game on BT Sport 1 this Sunday at 14:30 (UK time), and it will also be available for live steam on Betfair, should you place a football bet on the action with them.

Here are our three bets for this weekend’s clash.

Jeremiah St. Juste to be booked at 7/2 - Betfair

Last weekend we were treated to a flurry of bookings as the Bundesliga returned to our screens behind closed doors. There were 39 yellow cards shown across the whole division - one of the highest numbers for bookings all season. Whether it was due to player rustiness or referees just missing the feeling of discipline remains unknown, but if the figures are anything to work off then we could well be in for some more this time out.

For the first of our three bets, we've picked Mainz centre-back Jeremiah St. Juste to make his way into the referee's notepad. The Dutchman is Mainz's most booked player this term - seeing yellow six times so far - and will be tasked with marking Timo Werner on Sunday. The German's pace and athleticism is bound to lure in some mistimed challenges, and with St. Juste's track record considered, we feel as though he could possibly be the subject of a caution.

Our second bet includes one of the Bundesliga's deadliest players, Timo Werner. The 24-year-old has been on fire for Leipzig this season, scoring 21 goals in 26 games but failed to find the net during a disappointing afternoon against SC Frieburg last Saturday.

Werner will be clucking to get back to scoring ways this weekend, especially after witnessing both Robert Lewandowski and Erling Braut Haaland find the net in their last outings against Union Berlin and Schalke respectively.

He has a good record against Mainz, too, single-handedly destroying them the last time the two sides met by netting a hat-trick in an emphatic 8-0 victory at the Red Bull Arena. Backing Werner to score anytime is extremely short (4/7), so we feel the better option is including him to open the scoring at the 1. FSV Mainz 05.

We're also tipping Leipzig midfielder Kondrad Laimer to be booked. The young Austrian has picked up seven yellows this season - more than any other Leipzig player - and spearheads the midfield into implementing Julian Nagelsmann's high-press, proven by the amount of tackles he wins in the final third and the number of fouls he has committed this season (51, the second most out of anyone in the Bundesliga).

At the time of writing this bet was priced at 9.5/1 with bet365, so the value really is with Betfair here.

The final bet we've chosen for this weekend's encounter involves two players being booked and a goalscorer. Yussuf Poulson scored Leipzig's leveller against SC Freiburg on Saturday so will enter this clash brimming with confidence.

The Denmark international also scored against Mainz earlier this season having previously netted a brace against them back in 2018, so has a good record against the west German outfit.

To help boost the odds, we've also included two players who are no strangers to the referee's book in Daycot Upamecano (RB Leipzig) and Moussa Niakhate (Mainz).

Upamecano has five bookings to his name so far, while Niakhate has six, and with this Sunday's bout promising to be a fiery encounter with both sides desperate to return to winning ways, it's plausible that we'll see the aforementioned players handed a caution.

Hopefully this game lives up to expectation and we're provided with an exciting tie packed full of cards and goals. As always, good luck with all of your bets..