Liverpool v Real Madrid Tips: Back Salah to find the net at Anfield 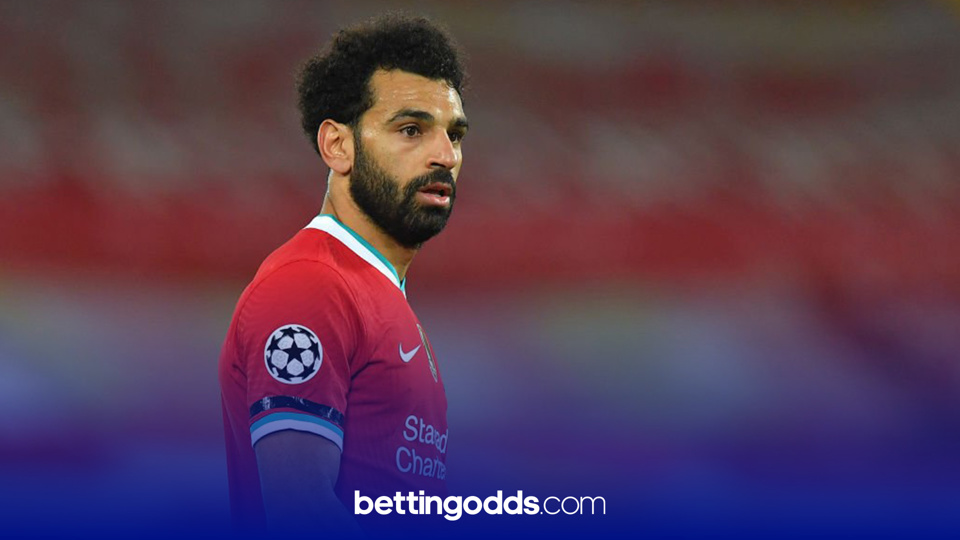 On Wednesday evening at 20:00 on BT Sport we have the second leg of the Champions League quarter finals between Liverpool and Real Madrid. Following their first leg woes, Liverpool head to Anfield with a 3-1 deficit, which seen Vinicius Juniour net twice against the Premier League champions. A second half Mo Salah goal gives the English side hope with an away goal, but Los Blancos are still huge favourites at 2/9 to reach the semi-finals.

Liverpool ended their wretched streak of 6 consecutive Premier League losses on home soil at the weekend with a 91st minute Trent Alexander-Arnold strike from the edge of the box to take all three points and keep their top four hopes alive. A bouncing Kop is what Klopp's men desperately need to help overturn a deficit of this nature, with no roaring crowd and a long list of injuries, could this be another remarkable comeback under incredibly difficult circumstances for the Merseyside Reds?

Zidane's men head into this after a nail-biting El Clasico for Real Madrid fans as they held on to a 2-1 triumph over Barcelona, leapfrogging their old foes into second place, now just one point shy of La Liga leaders and city rivals, Atletico. With a host of defensive frailties, Ramos remains injured with Varane also a doubt for this crucial second leg.

In a game that requires Liverpool to score at least twice to have any chance of qualifying for the semi-finals, they will be looking to attack from the off; which leads me to the anytime goalscorer market.

Mohamed Salah has been finding the net again most recently netting in 4 of his last 5 matches. With an incredible goalscoring record for the Reds and being their penalty taker, I fancy him to get on the scoresheet against Los Blancos. The Egyptian has netted 19 times in 30 League appearances and averages 3.52 shots per 90 minutes, he will need to be firing on all cylinders if the Reds have any chance of taking that semi-final place from the hands of Real.

After taking a look through the card markets, I am surprised to see Thiago again priced at a very generous 11/4 (26%). The Spanish midfielder has committed more fouls per match and picked up more bookings than any other Liverpool player since joining the club from Bayern Munich last year.

In his last 19 appearances he has picked up 5 yellow cards (26%), with a handful of these matches he played less than 45 minutes. In a game of this magnitude where Liverpool are expected to be on the front foot, there is a great chance Thiago makes a tactical foul to prevent a counter which would most likely see his name be taken.

For my longshot, I am banking on Liverpool finding the net first, in the form of Mo Salah to really bulk that price up. Including my previous selection of Thiago to be booked, I am also adding Vinicius Junior to the mix.

Vinicius Junior was superb in the first leg causing the Liverpool defence great problems. Netting twice, he of course registered two shots on target, and priced at 10/11 to register just 1 at Anfield looks a great price to take the longshot to a huge 37/1.