Vardy vs Ronaldo: The stats behind the Premier League's age-defying duo 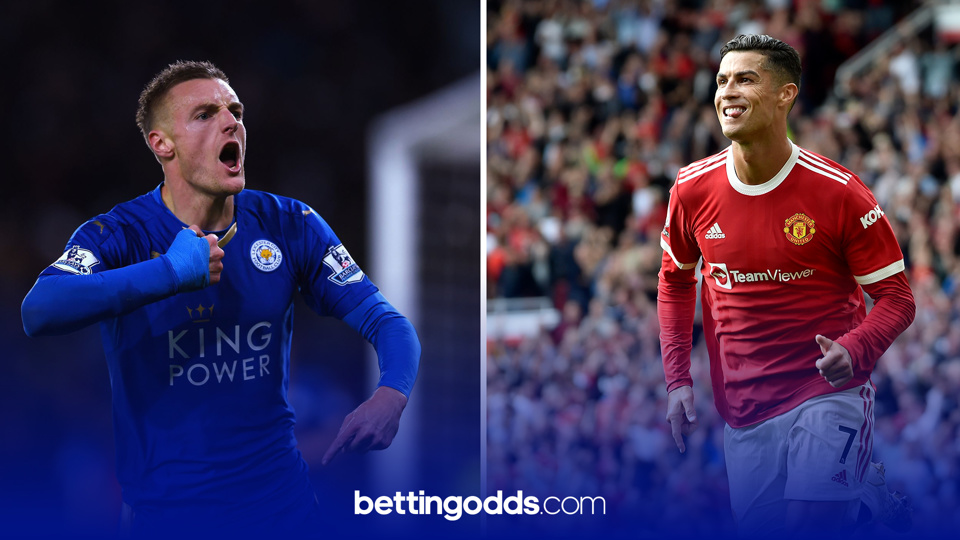 Leicester welcome Manchester United to the King Power Stadium on Saturday in what is probably the standout tie in the Premier League this weekend.

Both sides will be hoping to cement a top-four finish at the end of the season, with the visitors having loftier ambitions in the shape of a title-fight against Manchester City, Liverpool and Chelsea.

Ole Gunnar Solskjaer’s side have endured a turbulent start to their campaign, however, starting strongly before disappointing results against Aston Villa and Everton saw them slip from the top of the division down into fourth prior to the international break.

Leicester sit 13th as things stand but are just six points behind United heading into this weekend’s fixture, so could close the gap between themselves and the Champions League spots considerably with a victory.

Saturday’s 3pm fixture will see an array of top-class talent share the pitch in the East Midlands, but it is two veteran marksmen who continue to dazzle defences despite now being well into the twilight stages of their respective careers.

Leicester’s Jamie Vardy has yet again fired out of the blocks this season, notching six goals in the Premier League - a feat which sees him top the division’s leading goalscorer chart alongside Liverpool’s Mohamed Salah.

The 34-year-old, who won the Premier League’s Golden Boot in 2019/20 and is priced at 16/1 to do so again this term, has solidified his stance as a PL legend throughout the last seven years, playing an integral role in the Foxes shock title-triumph in 2015/16.

Vardy scored 24 goals (8 assists) during that history-defining campaign, just four years after graduating from the National League with Fleetwood Town. He has since gone on to provide Leicester with 97 goals and 28 assists in all competitions, and last year broke into the Premier League’s prestigious 100 Club after scoring against Crystal Palace.

This term, despite his ageing years, Vardy has been typically emphatic in front of goal. Leicester have been underwhelming so far, winning just two of their opening seven league games, but their goal-getting front man has well and truly held up his end of the bargain and will be desperate to score his sixth career goal against Manchester United when the Red Devils come to visit this weekend. 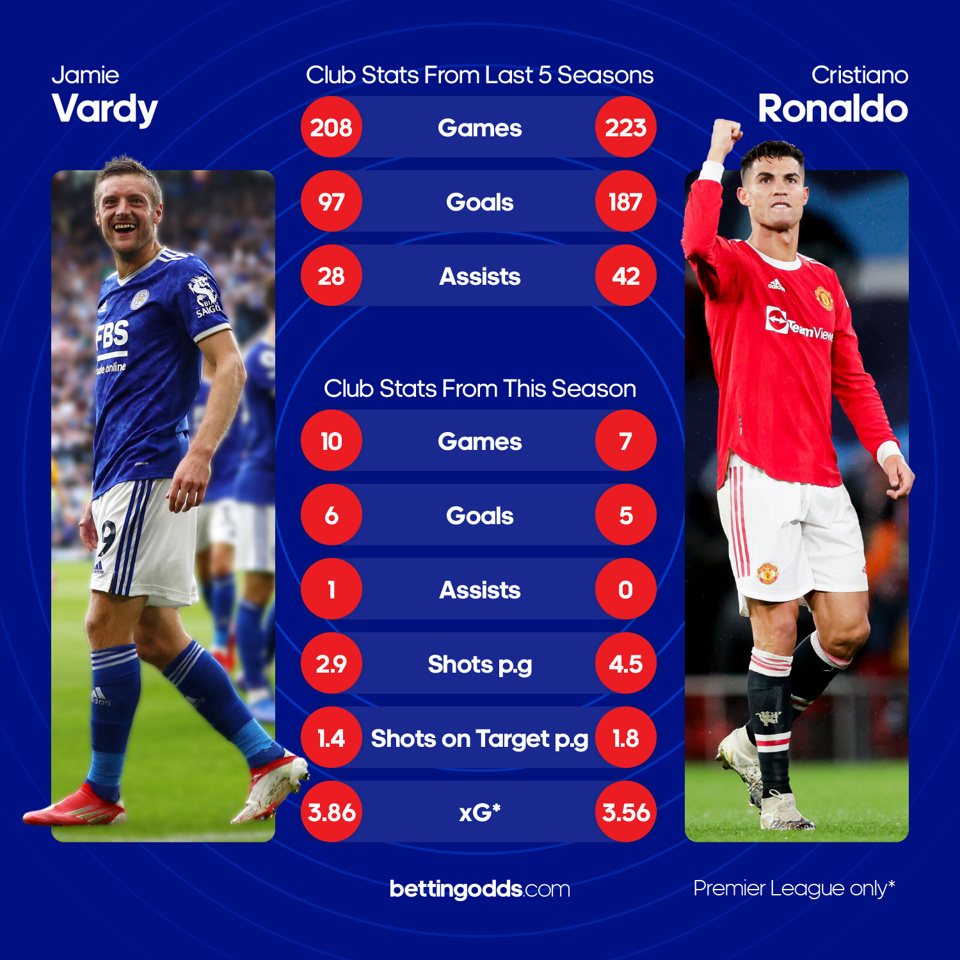 He will have competition for the limelight on Saturday, though, and then some. United’s very own experienced talisman, Cristiano Ronaldo, has drawn a blank in his last two league outings and was benched from the outset against Everton a fortnight ago.

The 36-year-old, who is the 7/2 third-favourite in the PL top scorer market, enters the game fresh from scoring his 58th career hat-trick for Portugal in their 5-0 win over Luxembourg on Tuesday evening and, like Vardy, continues to defy science by out-performing most of his (much younger) peers now well into his thirties.

Ronaldo’s exemplary goalscoring record is no secret. He recently became the top scoring international player of all-time after netting his 115th goal for Portugal against the Republic of Ireland in September, and extended his Champions League haul to 136 goals with a dramatic last-minute winner against Villarreal earlier this month - no player has scored more in the history of the competition.

Since rejoining United in the summer, the former Real Madrid man has found the net five times in seven games across all formats, with three of those coming in his four Premier League outings.

However, his last attempt - a poachers finish from close-range - came in the 2-1 win over West Ham on September 19, meaning that on Saturday it will be just three days short of a month since Ronaldo last found the net in the league, something he will be desperate to rectify.

The stage is set, then, for two goalscoring masters to write Sunday’s back pages. Paddy Power have boosted both players to have 2+ shots on target to 4/1 (was 10/3), while both players to find the net is a best-price 9/2 with bet365; will they once again show the rest of the world just how it’s done?