Leicester vs. PSV Eindhoven Predictions: An interesting battle in store in the Europa Conference League 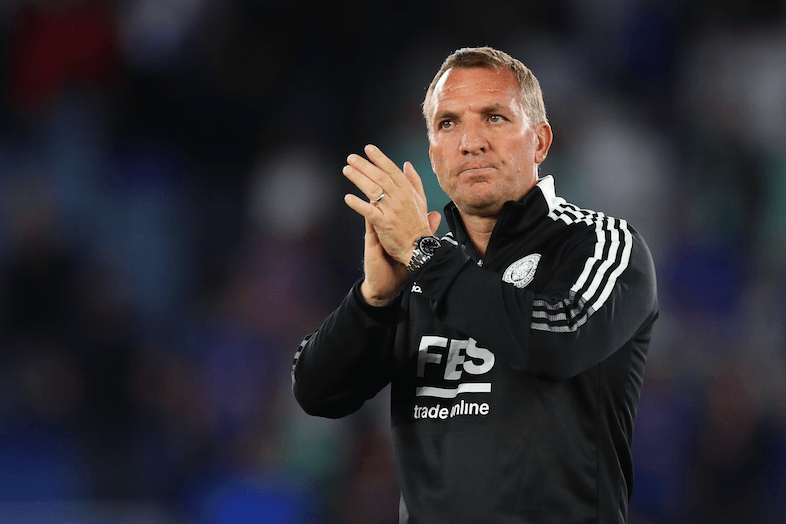 Brendan Rodgers will be hoping for a famous Leicester night on Thursday
By Tom Winch
19:32 Wednesday 6th April 2022 - 3 minute read

The Foxes are joint favourites to win the UEFA Conference League, at a price of 3/1 alongside Italian outfit Roma. The Dutch side are available at 8/1 for punters to back to lift the trophy in Albania’s capital, Tirana on the 25th May.

Leicester knocked out a decent Rennes side in the previous round by an aggregate score of 3-2 meanwhile Dutch title chasers hit eight past Copenhagen over the two legs scoring 4 in each match.

When playing at the King Power goals have been a frequent occurrence this season, in the Premier League 3.07 have been scored on average across 14 games with the Foxes scoring in 11 and conceding in 10.

The same can be said in Europe, five games have been played in UEFA competitions this campaign which has seen 17 goals scored with 12 goals in favour of the home side with Rennes being the only side to fail to find the back of the net.

PSV arrive into this fixture as slight outsiders but wont take any notice, they are currently on a 13 match unbeaten streak in all competitions, winning 10 of those. The Dutch side have plenty of attacking talent amongst the squad which include the likes of Eran Zahavi, Cody Gakpo, and Noni Madueke. The trio all found the back of the net in the previous round against their Danish opposition.

Taking a look into the markets, goals instantly spring to mind with over 2.5 on offer at 4/5 in various places, however adding both teams to score makes it an odds against price of 11/10 via Bet 365’s Bet Builder. With the Foxes seeing an average of over three goals per game in both the Premier League and European competitions at home, its something I am happy to get behind.

PSV have scored in 21 straight games across all competitions and should fancy their chances of getting on the score sheet on Thursday night. Dutch international Cody Gakpo has been in solid goalscoring form in recent weeks, the 22 year-old has bagged 7 times in his last 595 minutes averaging a goal every 85 minutes.

The forward is priced at 3/1 to add to his tally at the King Power. Gakpo has scored 3 times in 3 appearances so far in the competition and also found the back of the net twice in four Europa League matches.