Bruno Fernandes has scored more seven more goals than any other Manchester United player this season in the league and features in our 13/2 bet for Sunday
By Anthony Eadson
12:49 Friday 19th March 2021 - 4 minute read

Leicester City face Manchester United in an FA Cup quarter-final on Sunday at the King Power. Here at BettingOdds.com we’re continuing our series of looking into the weekend’s big game and providing you with a stat based selection that has been boosted by those good folk over at Paddy Power. We’re hopeful of a good game at the weekend and have taken a look at the scorers for each side this season.

First up let’s take a look at both sides' top players this season when it comes to shots in the Premier League this season.

Most shots per game (Premier League) 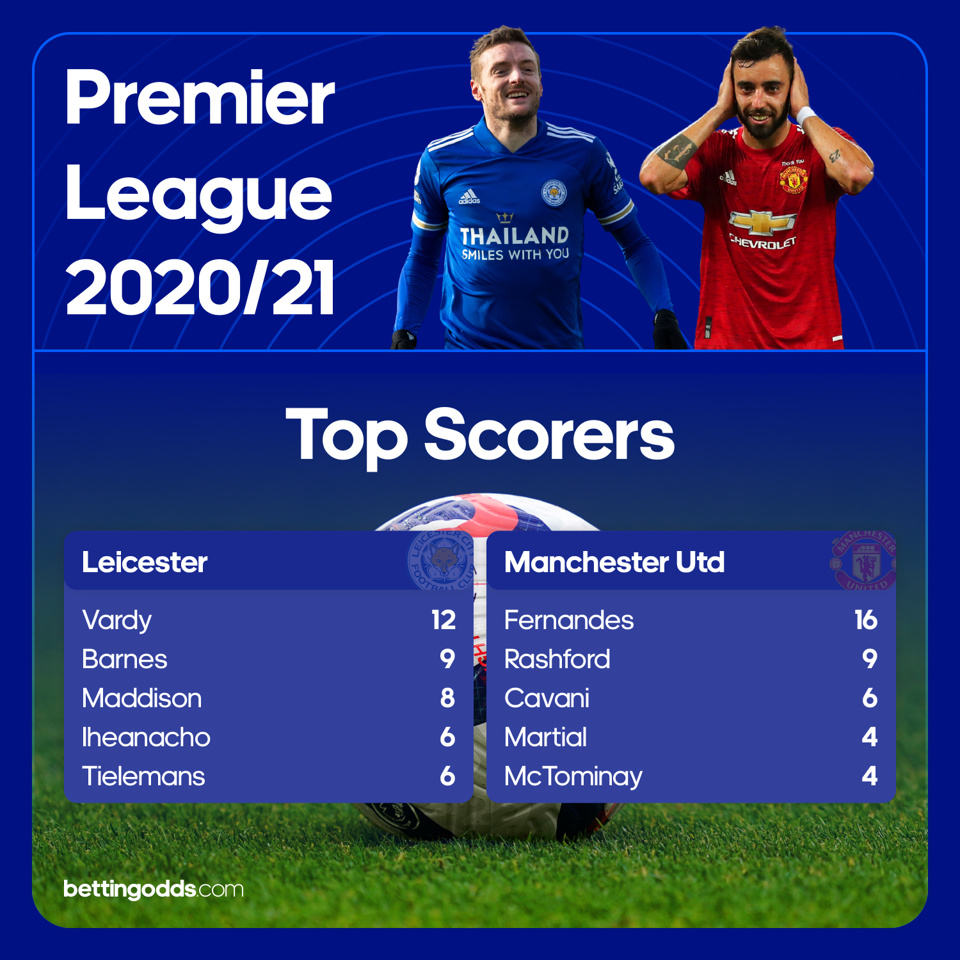 Even without the numbers above we know that Bruno Fernandes has had a monumental impact on Manchester United since arriving at the club last January and he’s by far the clubs top scorer in the league. That’s not even mentioning his ten assists and when it comes to shots per game, Fernandes ranks joint fourth in the league along with Mohamed Salah. Only Harry Kane, Patrick Bamford and Kevin De Bruyne are averaging more.

James Maddison and Harvey Barnes are both injured at the moment and will miss the game with Manchester United this weekend. That leaves Jamie Vardy rather isolated as the man attacking threat for Leicester along with Kelechi Iheanacho who bagged himself a hat-trick against Sheffield United last week.

Bruno Fernandes and Jamie Vardy both lead the way as the top scorers for their clubs this season but it’s worth noting that both Leicester and Manchester United have slotted away more penalties this season than any other teams.

Both sides have clearly benefited from penalties this season but it still takes a cool head to slot home. Bruno Fernandes has converted seven out of eight this term and Vardy slotting home six out of seven.

The official for Sunday’s game will be Craig Pawson who ranks third when it comes to penalties awarded per game of referees to have taken control of 15 or more top flight matches this campaign.

Penalties per game this season (15+ games) 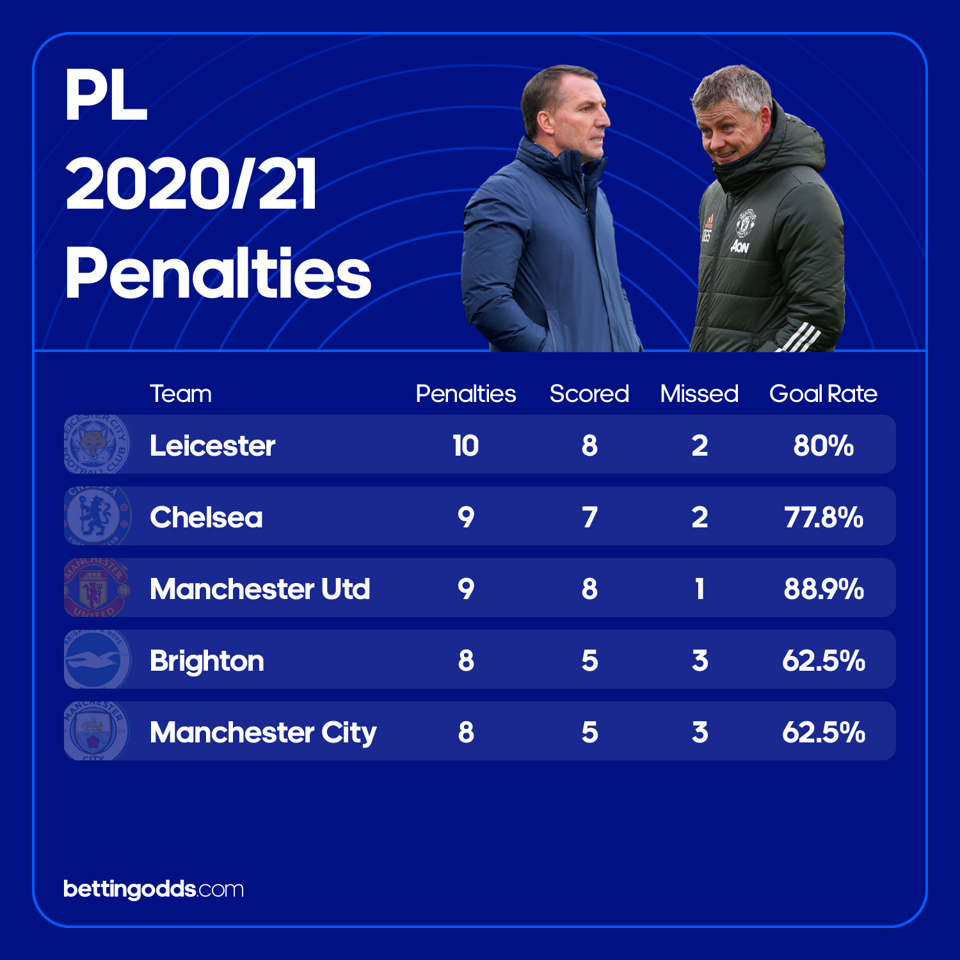 With all things considered and a place in the semi-finals up for grabs we think we are going to see a good game in the Midlands on Sunday. Having a look around at a few prices from several firms on the double with Bruno Fernandes and Jamie Vardy both to score and bet365 and most others are at around 5/1.

This gives plenty of appeal to the boosted price of 13/2 from Paddy Power which looks to be the industry top price out there at the time of writing. With no Barnes or Maddison the spotlight will be on Jamie Vardy who has a formidable record against the big-six in his career.

Both clubs have scored more penalties than any other sides in the Premier League this campaign with Fernandes converting eight out of nine and Vardy slotting home six out of seven. With Craig Pawson in charge and two of the best goalscorers in the league this season, we think both players to score at 13/2 looks a very good price.