Leicester vs. Aston Villa Predictions: Side with Coutinho in the shots markets 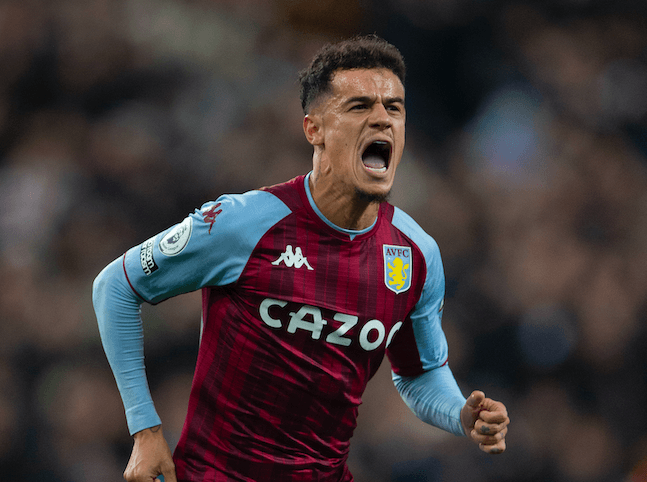 Aston Villa travel to Leicester City on Saturday afternoon with both teams looking to end the season strongly. Our in-house tipster @AnthonyEadson has previewed the game at the King Power Stadium and has provided us with his best bets.

Leicester’s form has been inconsistent in the second half of the campaign with four wins, four draws, and five losses from their 13 league matches in 2022. The Foxes will play Roma on Thursday in the first leg of their Europa Conference League semi-final, and winning that tournament may well be their best option in terms of qualifying for the Europa League next season, with a top-seven finish looking unlikely.

On home soil though Leicester have performed better, winning their last four in all competitions and they take on a Villa side who have stumbled under Steven Gerrard, losing four straight league matches after winning the three prior to that without conceding a single goal.

In terms of team news, Lucas Digne is likely to miss the remainder of the season which should lead to Ashley Young slotting in at left-back. Jamie Vardy, Wilfred Ndidi and Ryan Bertrand all remain sidelined through injury for the hosts.

Aston Villa should come into this game raring to go after a period of two weeks without a match. Remarkably, Leicester have played four times since Villa’s most recent outing against Spurs, and fatigue may be a little factor for the hosts. I’m hoping this can lead to plenty of shots from the visitors, with the first half of my main bet in this match being Philippe Coutinho to have Over 1.5 shots in the match.

Since making the switch to Villa Park, the former Liverpool and Barcelona man has played 922 minutes of football, letting off 31 shots. That equates to 3 shots per 90 minutes, with the 29 year-old also finding the net four times for Steven Gerrard’s men.

Known for his long range-shooting, Coutinho is averaging more shots than any other Aston Villa player since his arrival (2.6 per game). In 10 of his 11 starts for Villa he has cleared this line of over 1.5 shots and I have no reason to see why he cannot do that again versus Leicester. Bet365 appears to be best-priced on this selection as a single, in comparison to just 1/7 with Paddy Power.

Paired with Coutinho to have Over 1.5 shots is James Maddison to have over 1.5 shots. It’s been a productive season for the Leicester man who has 14 goals and nine assists to his name in all competitions this season.

When it comes to shooting, Maddison averages 2.8 shots per 90 minutes in the Premier League this season. Against Everton on Wednesday evening he recorded five attempts and has registered two or more in 12 of his last 15 starts. The three games he didn’t clear this line in that period camer against Liverpool, Manchester United and Wolves.

It may not be the most glamorous of prices at 5/4 but we’ve got two players who love to get a shot away in a game that I can see being quite an open one.

I’ve also picked out something for the optimists out there at a bit more of a price which I think looks very backable thanks to a little boost from the good folk over at Paddy Power. The traders have given us 16/1 for both Philippe Coutinho and James Maddison to have 2+ shots on target in the match.

No other Aston Villa player is averaging over a shot on target per game other than Philippe Coutinho (1.1) this season and when looking at shots on target per 90 minutes, that figure rises to 1.3. He may have only cleared this line of 2+ shots on target in three of his eleven starts but has registered 1+ in his last eight, but with a potentially tired Leicester and a fresh Villa side, I think there’s plenty of scope for him to rack up the attempts here.

The data looks even better when it comes to James Maddison and shots on target with the midfielder hitting the target twice or more in eight of his last 16 Premier League starts, including against Everton on Wednesday. 16/1 implies just a 5.9% chance of this double landing and I feel it should have a lot more that if both players play the full 90 on Saturday.