Leeds United v Manchester United Betting: Get behind McSauce to pick up a card on Sunday 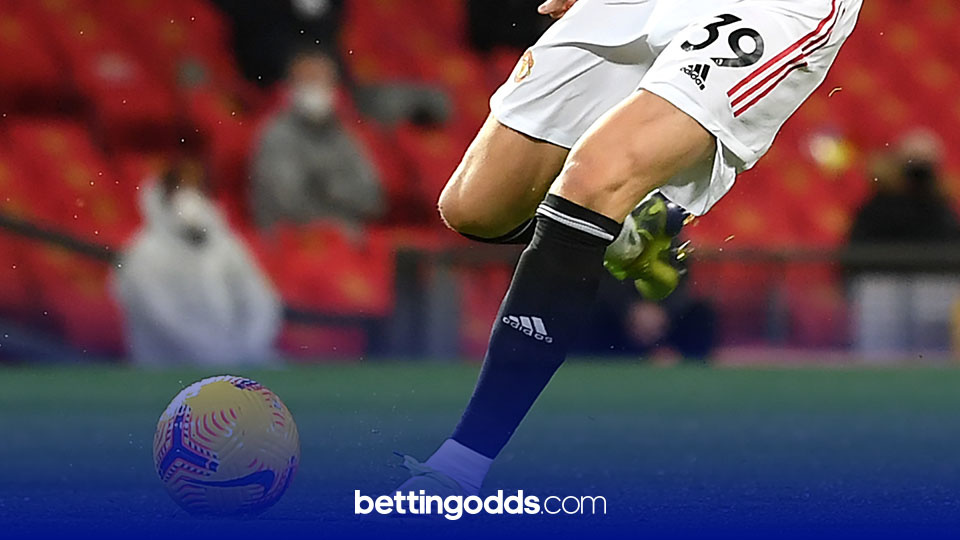 Scott McTominay has been shown a yellow card in five of his last eight appearances for Manchester United
By Anthony Eadson
10:30 Friday 23rd April 2021 - 4 minute read

Leeds United and Manchester United only played each other twice between 2004 and 2020 and it’s still one of the biggest clashes in England with the Roses rivalry stretching way back to the Busby v Revie era.

The sides face off at Elland Road on Sunday with Leeds looking to get revenge for the 6-2 thumping they received when visiting Old Trafford back in December in a game that saw Scott McTominay score twice in the first three minutes.

Ahead of this weekend’s match we’ve taken a look into some stats around the sides and have picked out a selection that we like looks very generously priced at 13/2 with bet365.

The curious case of Scott McTominay

Sir Alex Feguson once described Leeds v Man United matches as “fantastic feisty occasions with an electric atmosphere”, and while there won’t be fans in attendance on Sunday we are still hoping for a fiery affair on the pitch. One player we like the look of to pick up a card is Scotland International Scott McTominay.

It’s been a good campaign for the 24-year-old, putting in some solid performances as well as chipping in with seven goals in all competitions. Prior to March 14th the midfielder had racked up a remarkable 33 fouls without being carded in the Premier League and was only shown his first yellow after 24 appearances.

Since then the Scot has gone on to pick up a booking in five of his last eight appearances with two of those games being where he came on as substitute. 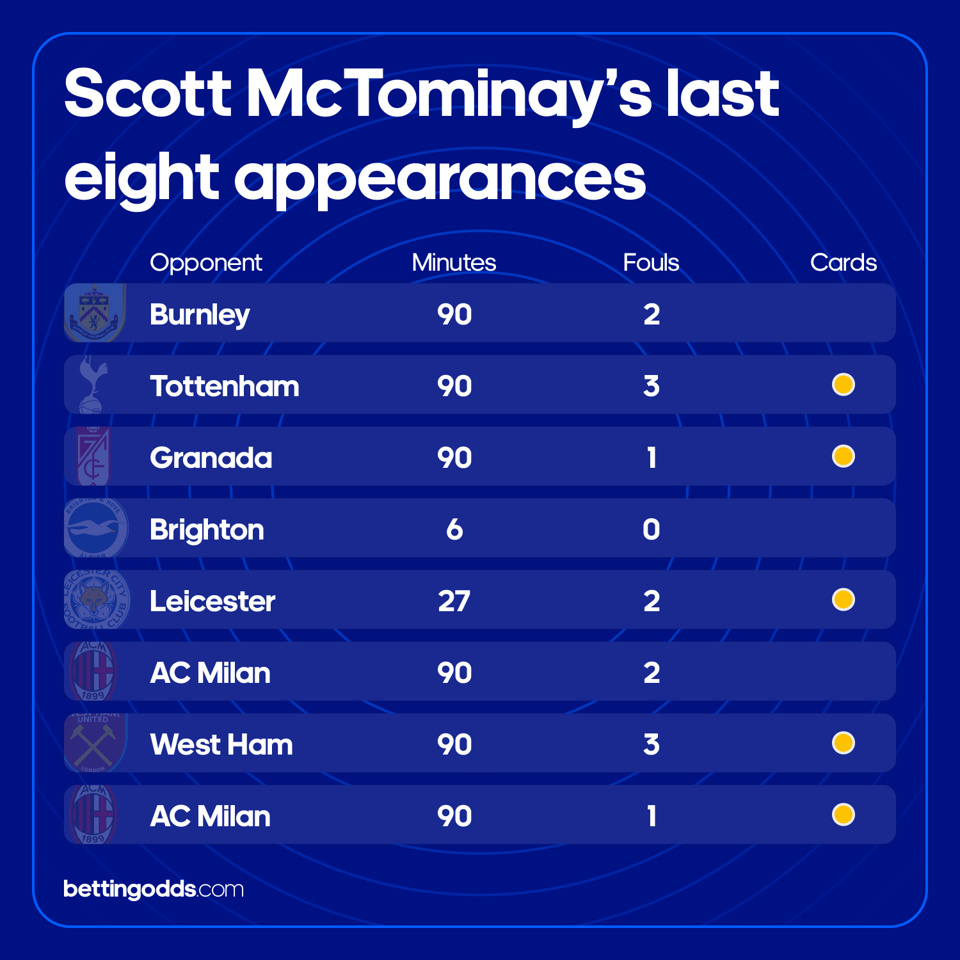 Harry Maguire has been Manchester United’s most prolific offender when it comes to yellow cards this season, picking up an unlucky 13 in all competitions. However, when it comes to fouls, McTominay ranks first and his artistry in avoiding being booked over the course of 33 fouls this season has started to catch up with him with eight in his last five.

Looking at the data for Ole Gunnar Solskjaer’s side and Scott McTominay ranks first for both total fouls conceded this season (41) in the Premier League and also for fouls per 90 mins (2.1) at Manchester United

The last time that Manchester United visited Leeds they had Ben Amos in goal, Park Ji-Sung in midfield and Mame Diouf in attack. That was a League Cup tie back in 2011 where the visitors came out 3-0 winners with four yellow cards being shown.

The man in the middle on Sunday will be Craig Pawson from Sheffield. The official ranks third of 19 referees to have taken charge of Premier League games this season when it comes to yellow cards with 3.72 brandished on average. Pawson has also done Leeds a favour in the past when he took control of Championship playoff semi-final with Derby County in 2019.

All eyes were on the match after the ‘Spygate’ incident and Pawson found himself at the centre of the controversy when he awarded Derby a penalty in the second half before reversing his decision off the advice of his assistant in a game in which Marcelo Bielsa’s side went on to win 1-0. 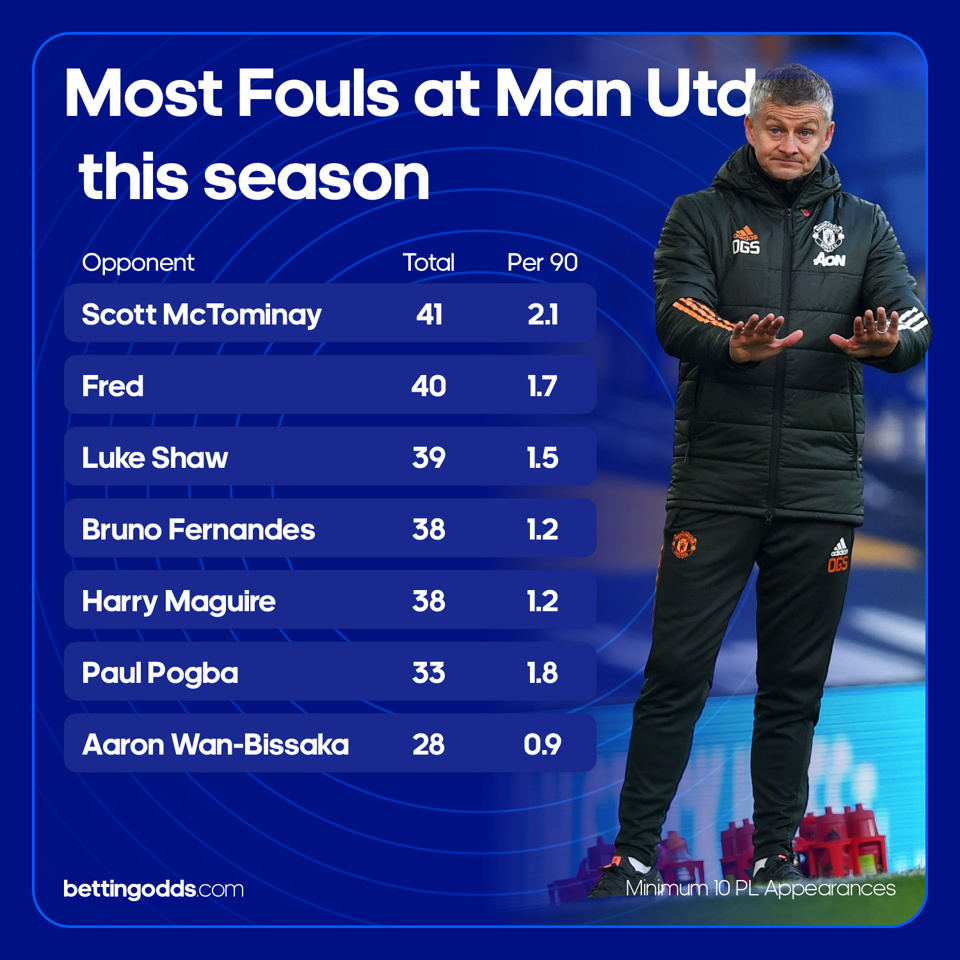 Having considered Scott McTominay’s recent yellow card record and his consistent level of fouls committed throughout this season we’re fancying him to pick up a yellow card against Leeds on Sunday.

Having a look around at a few prices and there is quite a variance in odds with different bookmakers pricing up the player to be carded based on different samples. Both Sky Bet and William Hill give the Scottish midfielder a 22% implied chance of being booked with odds of 7/2.

Meanwhile, Bet365 are a standout best price at 13/2 which looks very generous coinciding he’s picked up five in his last eight appearances in all competitions.

Let’s hope for an entertaining clash between two of the biggest and most historic clubs in English football. Best of luck to anyone following and please always gamble responsibly.