Leeds vs. Chelsea Predictions: Expect a frantic game in the renewal of this historic rivalry 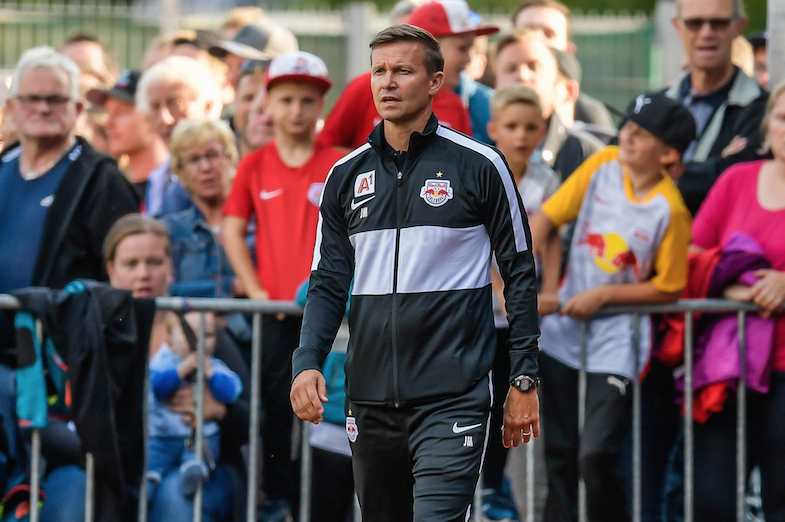 Jesse Marsch's side need a win to keep their survival hopes alive
By Tipster Wizard
08:19 Wednesday 11th May 2022 - 4 minute read

get offer get offer
#AD New customer offer. Place a £10 Sportsbook bet on any Football market, at min. odds 1/2 (1.5) between the 1st April and 31st May — get £40 in free bets, valid 30 days. Only deposits via Cards will qualify. Free bets will be awarded after the qualifying bet has been settled. T&Cs apply. Please Gamble Responsibly. 18+

Live on Sky Sports, Leeds host Chelsea in the Premier League at Elland Road this Wednesday at 7.30pm.

This is a massive fixture concerning both ends of the league table with the hosts sitting in the final relegation spot due to a worse goal difference than Burnley who are also on 34 points. After having gone on an impressive run of 5 games unbeaten, Leeds have now lost consecutive Premier League games against Manchester City (4-0) and Arsenal (2-1). Leeds now look to be in deep trouble and will be desperate for a positive result against a Chelsea side that is also struggling for form.

Tuchel’s men have only won 1 of their last 5 league fixtures and as a result of that have been dragged into the top 4 race with rivals Arsenal & Tottenham lurking behind them. However, they will still be confident going into this game due to their magnificent away record. Before the loss at Everton, they were unbeaten on their travels in their last 11 away games in all competitions. An intense battle is expected as both teams have a lot to fight for in this final phase of the Premier League. Their meeting earlier this season was a goal-fest which was eventually decided in the 94th minute via a Jorginho penalty and we could potentially be in for another entertaining 90 minutes of football.

A hugely significant Premier League clash awaits us and as usual, I have you covered with 2 of my best betting angles for this game included in the preview below:

Summerville, Forshaw, Bamford, Roberts, Dallas & Ayling are out for Leeds while Liam Cooper is doubtful.

Chilwell & Hudson-Odoi are out for Chelsea while Jorginho and Kante are doubtful.

- Over 0 cards in the 2nd half for Leeds

- Over 0 goals in the 2nd half for Chelsea

- Over 0 corners in the 2nd half for Leeds

Leeds are in deep trouble with 3 games left till the end of the season and if they are to have any chance of pulling off a result, they will have to be aggressive in their gameplay. This could lead to a very feisty 2nd half and all my 3 selections are going to be for the final 45 minutes. There could be time-wasting if Leeds are ahead or fouls out of frustration if they are behind so a Leeds card in the 2nd half should almost be a banker.

As for the Chelsea goal, Leeds have conceded at least 1 goal in the 2nd half of their last 10 league home games in a row so we should expect the Blues to put the ball in the back of the net in the 2nd half. The hosts also have some defensive injuries with Ayling & Dallas both out which is a massive blow for them. Finally, I have added a Leeds 2nd half corner as I expect Chelsea to be ahead and Leeds to be chasing the game so they should fairly comfortably get at least 1 2nd half corner which boosts the odds to 4/5. I will be taking that with a 1pt stake as our main bet for this massive Premier League fixture.

A draw does no favours for either side so both teams will come out with attacking intent from the first minute. This bet landed in the reverse leg at Stamford Bridge as both teams scored in both halves and at a juicy price of 12.00, I think it is worth another shot with a very small 0.25pt stake.