League Cup Odds: Man City 3/1 favourites to make it five in a row 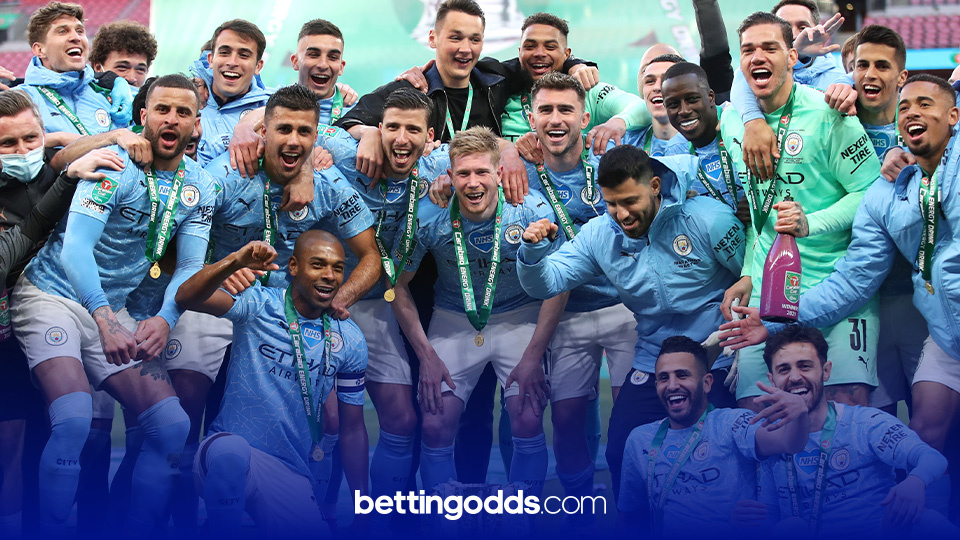 The Carabao Cup, or more traditionally the League Cup, gets underway this weekend with two first round fixtures taking place. We’re here to run you through the market with a look at the League Cup Odds and some of the previous winners in recent years.

Why are two games taking place this weekend?

Two first round games will take place this weekend with Bournemouth hosting MK Dons on Saturday before Huddersfield travel to Hillsborough on Sunday to take on Sheffield Wednesday in a Yorkshire derby.

The EFL instructed all clubs, as they did in the previous season, that if the two teams agreed, Carabao Cup matches could be changed to a suitable date before the league campaign gets underway. The remaining first round fixtures will take place across 10th and 11th August.

Manchester City have won the last four renewals of this competition and if we look back further the Premier League Champions have won six of the last eight.

Manchester City have been priced up as favourites for all four competitions that they are taking part in this season and are being offered at 3/1 with bet365 for a fifth consecutive League Cup triumph.

Champions League winners Chelsea come next in the market at 6/1, with Manchester United priced at 8/1. Liverpool are currently tied level with Manchester City for the team with the most League Cup victories with the pair having eight and the Reds can be backed at 9/1 for glory this season.

Tottenham have not won this tournament since 2008 and can be backed at 10/1, with Arsenal 12’s and FA Cup winners Leicester City rounding off the head of the market at 14/1.

It’s hard to argue with Manchester City being the current favourites based on their performance in this competition over the last few seasons. It’s now a tournament where strength in depth is highlighted even more with many of the big sides putting out their second string players.

For City, this means bringing in players with values north of £35m. Their squad is arguably stronger than any other in the division and based on them being priced at 4/6 to win the Premier League, the 3/1 on offer here for another League Cup trophy almost looks generous.

Remember, there are each-way terms available on this market with 1/3 odds offered with two places. View the full market below.