League Two kicks off on Saturday with a full raft of 3pm kick-offs. As part of our summer-long ante-post articles, here at BettingOdds.com we've taken a look at the Top Goalscorer market for the fourth tier, including an anaylsis of the favourites, who performed well last season and any other value picks that take our eye. It’s also worth remembering that most bookmakers are offering four places each-way at 1/4 odds on this market. 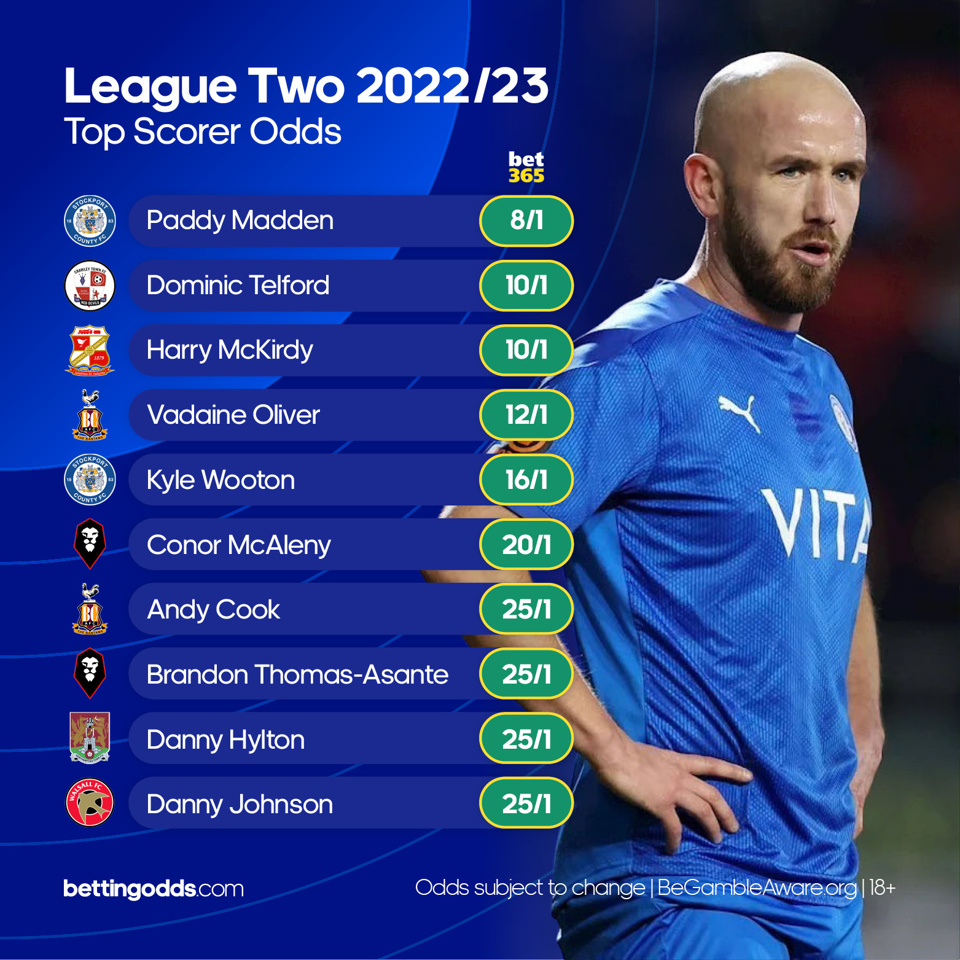 32-year-old Irishman Paddy Madden is a veteran of the lower leagues, having played for Carlisle, Yeovil, Scunthorpe and Fleetwood before signing for the Hatters in 2021. Madden kept up his prolific record later in his career, with 32 goals in 64 games in his time at Edgeley Park, including 23 in the National League last campaign. He scored the first goal in the 2-0 win over FC Halifax Town, which secured the league title and their march back into the Football League, after a 11 year hiatus.

County are favourites for the league and if you believe, like the bookmakers, they have a good chance, you could do worse than back Madden as top scorer, being their chief threat.

Last year's winner Dom Telford is joint favourite to repeat the feat this campaign for his new club Crawley Town. The 25-year-old smashed in 25 in 37 games for Newport County last season, which won him the Golden Boot, but he turned down a new contract with the Exiles and instead signed a three year deal at the Red Devils. The two sides were split by just one position in 2021/22, so Crawley may well feel that signing the top striker in the division will push them into the play-offs.

McKirdy had his break out season in 2021, netting 23 goals in 44 games for new club Swindon and scoring two goals against his former club Port Vale in the play-off semi final. Unfortunately it ended in heartbreak for the 25-year-old when he missed his penalty in the shoot out against Vale in the 2nd leg, which saw them head to Wembley and ultimately, promotion. It remains to be seen whether McKirdy is a one season wonder or a constant threat at this level. I'd side with the latter.

Another veteran of the lower league's, 30-year-old Oliver has flattered to deceive at times during his career, but his move to Gillingham sparked him into life, scoring 31 goals in 93 games. Another move up the ladder with Bradford awaits and with better service from one of the league favourites, can he convert it into more goals?

We can look at last year's chart to see who was hot and is likely to contend again. Matthew Stevens, Jamille Matt, David Keillor-Dunn, Aaron Collins and Matt Jay are all playing their football in League One this year. 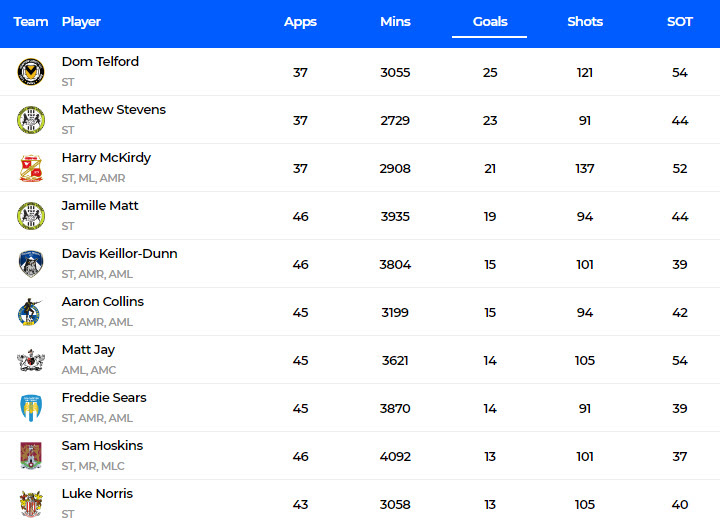 Who to back this season?

I like going for pedigree in these contests. Been there, done it! For that reason I'm banking on Dom Telford to score a bagful for Crawley this season and go very close to the Golden Boot again. I think he will be pushed all the way by Swindon's Harry McKirdy. 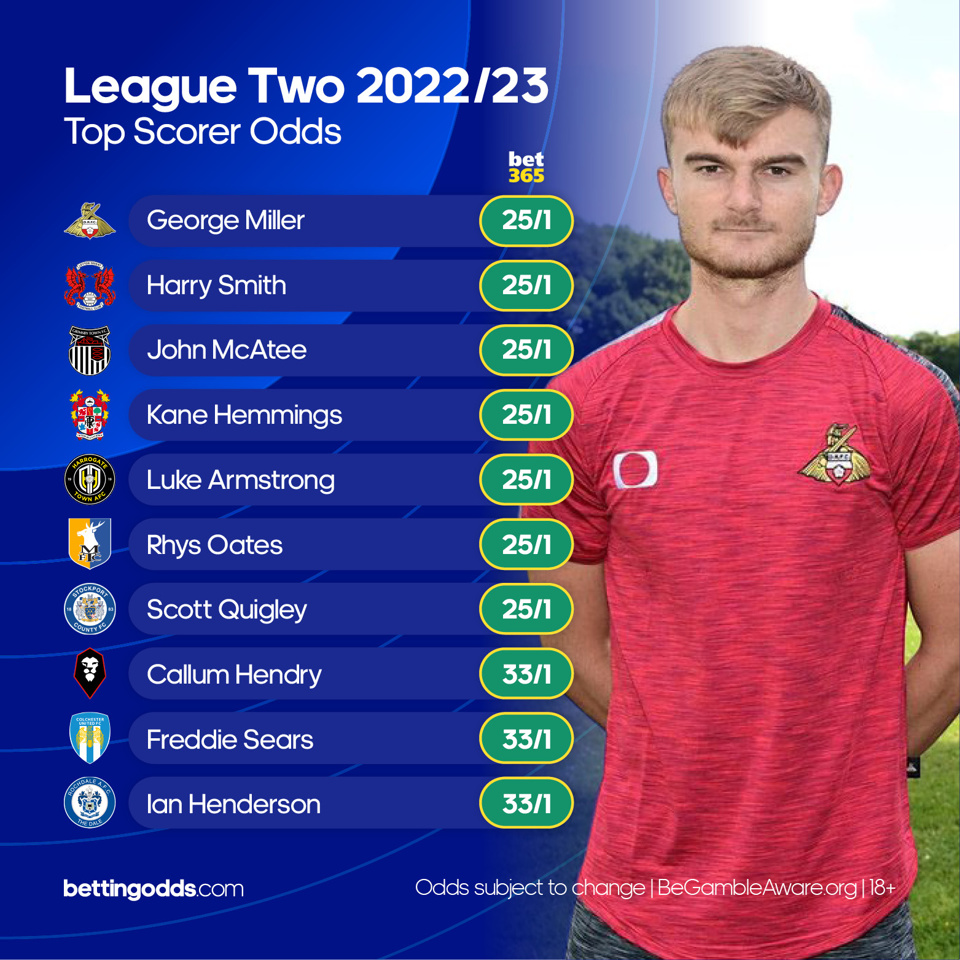 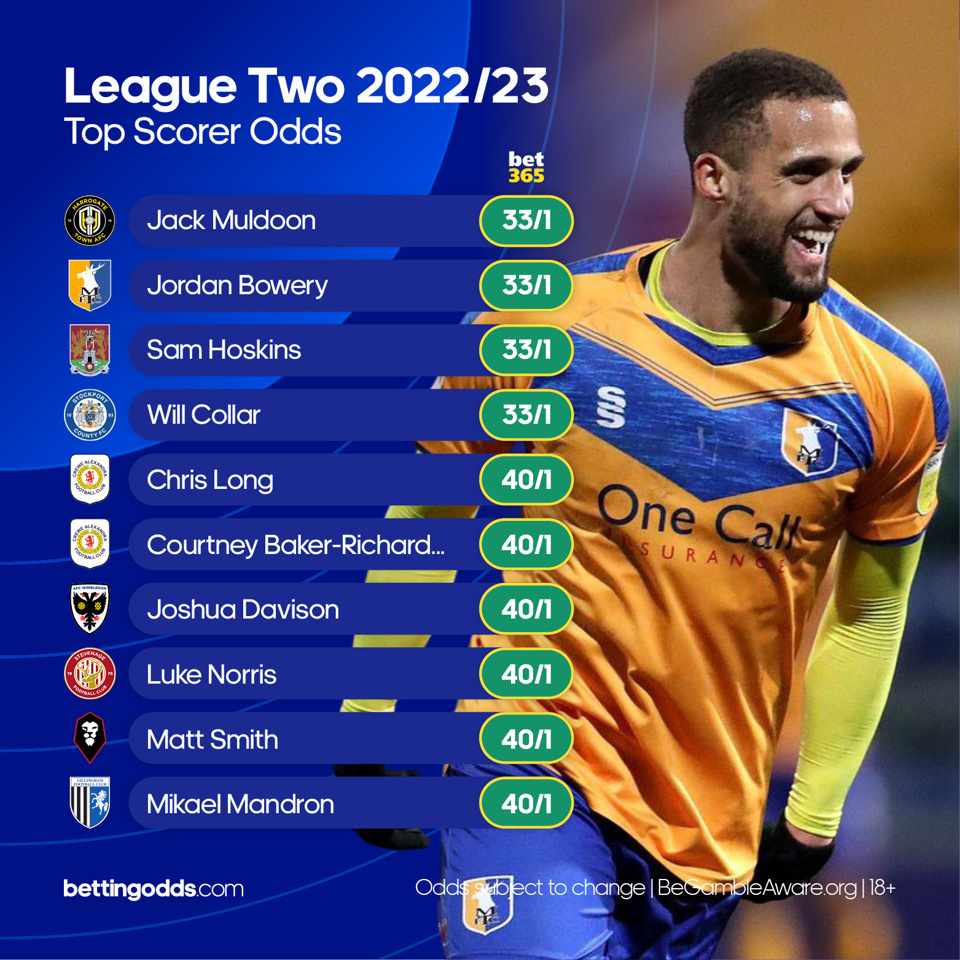