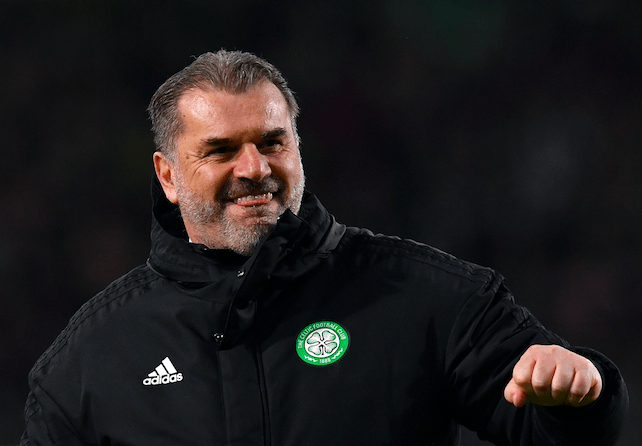 Ange Poseccoglou's side have won both their league matches by a two goal margin this season
By Anthony Eadson
09:45 Saturday 13th August 2022 - 3 minute read

Killmarnock take on Celtic in a 12pm kick-off in the Scottish Premier League on Sunday, with the game being shown live on Sky Sports. Here at BettingOdds.com, we’ve previewed the action and have provided you with our two best bets.

Here we have the reigning Scottish Premiership champions facing the current Scottish Championship Champions, as Killie welcome Celtic to Rugby Park. Derek McInnes’ side are yet to get that elusive first win after being promoted back to the big time, although they have faced some of the toughest opponents in the league so far.

Celtic have started the season where they left off last term, and after two wins from as many games they are the current 8/13 favorites to go on and lift the title once again this time round. Looking at the match prices for Sunday and the visitors are unsurprisingly the odds-on favorites to claim the three points, priced at just 2/9 to do so. The draw is currently being offered at 6/1 with a famous home victory all the way out at 16/1 with bet365.

The first selection we are touting in this clash is for Celtic to win the game by 2+ goals and for both teams to receive a card. This is available via the bet365 Bet Builder feature and is available at 11/10 at the time of writing.

Celtic made it two wins from two with a 3-1 win over Ross County in Dingwall, following up on their opening day 2-0 victory against Aberdeen. Ange Postecoglou’s side do not need to worry about any Champions League qualifiers and can fully focus on picking up maximum points domestically at the moment. Both of their opening fixtures have seen the -1 handicap cleared and looking back to last season, all of their final four league victories were by at least a two goal margin. It’s been a tough start for Kilmarnock with games against Dundee Utd and Rangers and despite respectable showings in both of those, we don’t see them getting anything here.

Referee David Dickinson takes the whistle for this game and he averaged a healthy 4.57 yellow cards per game shown across the 2021/2022 season. Dickinson has shown both teams a card in 11 of his last 12 matches and we’ll be including both sides to receive one as part of our bet builder double with Celtic to win by 2+ goals.

We’ve also picked out a selection from the ‘to be carded’ market where we have taken a lean towards Kilmarnock defender Ash Taylor finding his way into Dickinson’s notebook. 7/2 is available with bet365 on a player who has been carded in both of his matches so far since his side returned to the Scottish top-flight. Things will not get any easier for the centre-back here considering Celtic’s potent attack of Jota, Kyogo Furuhashi and Daizen Maeda are all expected to start from the off. With one of the better referees north of the border for cards, in charge of this one Taylor looks like a prime suspect to make it three bookings in three games.