Juventus v Roma Tips: An 11/4 card play at the top of Serie A 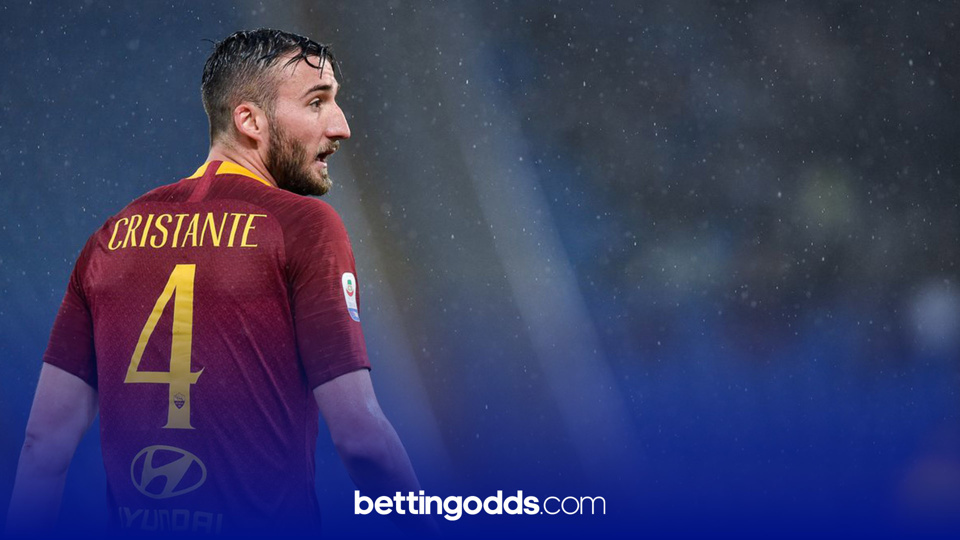 The cynosure of this weekend's Italian action takes place on Saturday evening as Juventus welcome Scudetto rivals Roma to the Allianz Stadium.

Since their 2-0 domestic defeat to Inter, Juve have won five games on the bounce. During which time they have secured the Supercoppa Italia title and their place in the Coppa Italia semi-finals. The bookies clearly fancy them here as well pricing them around 8/11 to secure the lion's share of the spoils.

At odds of 10/3, their opponents implied chance of victory is 23% yet, staggeringly, Roma have only won 4% of their matches at these odds! However, they head to Turin with a new found confidence following back to back victories over Verona and Spezia. La Lupa’s supremo, Paulo Fonseca, will also draw encouragement from the fact that his side have taken four points from a possible six in their last two fixtures against the Old Lady.

In 2020, Juventus and Roma locked horns four times and Bryan Cristante was carded on three of those occasions, in fact, the only time he was not booked was when he was an unused substitute!

In Serie A this campaign, Cristante has accumulated four cards in 18 appearances, averaging one every 220 minutes. Predominantly, he has featured at centre back but tomorrow he should be slotting into midfield. At least one of Juventus’ opponents midfielders have picked up a caution in over a quarter of their Serie A games this season.

It is worth noting that the man with the whistle is the Serie A’s crème de la crème; Daniele Orsato. He has overseen seven top flight games this season, brandishing 43 yellows and two red cards. He should have no troubles maintaining his average of over six cards per game as he oversees a fixture that has averaged just under five cards per game in the last six head to heads.