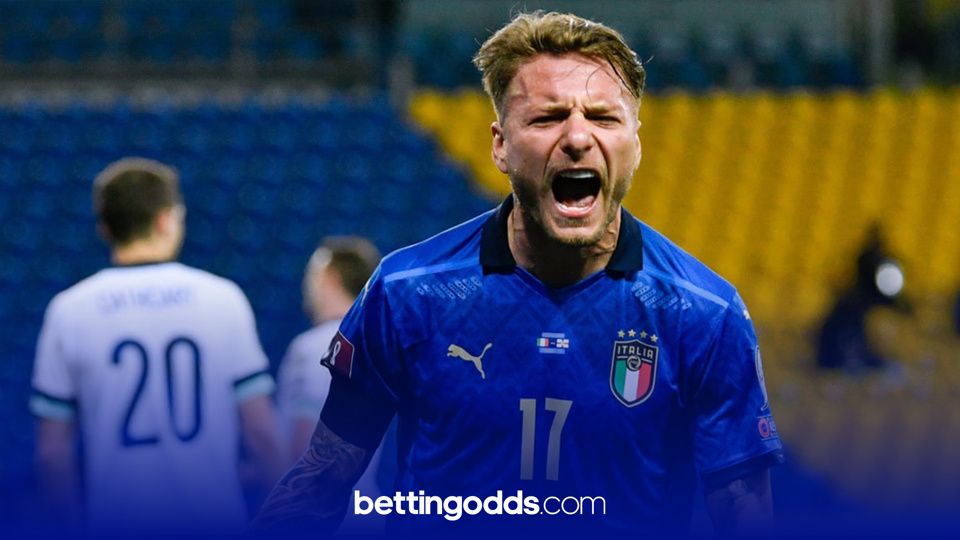 Both of these teams will come into this fixtures happy with what they’ve managed to achieve in their opening two group games. Italy have put in convincing displays to see off Turkey and Switzerland respectively, scoring six and conceding none in the process. Wales were blunt going forward in their first hour against Switzerland before they pressed on to equalise. They comprehensively beat Turkey 2-0 in their second game, missing a whole host of chances in the process.

Despite being in a commanding position, Italy still need a point to guarantee top spot in Group A. This should mean Mancini won’t make wholesale changes to his starting eleven, even though he will have one eye on the round of 16.

Wales have the luxury of having no players side-lined coming into the game, which bodes well for manager Rob Page, who will need every tool in his arsenal to lay a glove on the so far unblemished Italians. Italy will likely be without defensive stalwart Giorgio Chiellini, who was substituted in the last match shortly after having a goal ruled out by VAR. Locatelli is likely to remain in midfield after his fine display against Switzerland and with Verratti still an injury doubt.

Wales are likely to set out their stall to defend here. Avoiding a heavy defeat pretty much guarantees them second spot in Group A and their out ball in the form of Kieffer Moore may be rested to ensure he doesn’t pick up another yellow.

Italy opponents are averaging over 10 goal kicks in their last ten matches and Wales’ defensive approach should aid those numbers here.

Both teams to score has only landed in one of the four games these teams have played so far in the tournament and Wales are up against it if they want to breach Italy’s stern defence. Acerbi is a solid replacement for the Chiellini, who is likely to miss the game.

Italy haven’t received a single card in the tournament as of yet and it seems unlikely Wales will stretch them too extensively. Wales have received 3 yellow cards in their opening two games, but they will be reluctant to dive into tackles to avoid picking up bookings ahead of the next round. The card count is reset after the round of 16 in Euro 2020.

Italy are strong favourites heading in to  the game and have outlined themselves as tournament contenders in the early  stages. The fact that Rob Page is likely to set his team up defensively to avoid a heavy defeat helps their chances even more.

Italy average marginally below 7 corners per game in their last ten matches, so it’s slightly below the threshold needed here, but the state of play in the group is in our favour.