The first Nations League semi-final pits Italy against Spain at the San Siro this evening.

It took penalties to separate these sides in their most recent duel at the Euros, however, the bookmakers do not expect things to be so tight here pricing the hosts as clear favourites. Given that this will be the first Italian public's first opportunity to see the European champions up close, it is not hard to see the rationale between the pricing.

Roberto Manchini is expected to deploy the same XI that started the final against England at Wembley. This means Nicolo Barella, Jorginho and Marco Verratti are expected to continue in midfield despite the fact that Manuel Locatelli has continued to impress domestically.

As for Spain, their wonderkid and ever-present Pedri will be absent for this one due to an injury meaning his Barcelona team mate Gavi has been called up and could be rushed straight into proceedings here. Luis Enrique caused havoc when he deployed Dani Olmo as a false nine vs Italy in their last meeting; his hand has been forced into a repeat here though with no recognised number nine fit. This will likely mean Ferran Torres will be flanked by Mikel Oyarzabal and Pablo Sarabia in attack tomorrow.

I cannot take credit for this angle because as the tweet inserted below shows, @JoshuapsJones has been aware of this occurrence for quite some time. 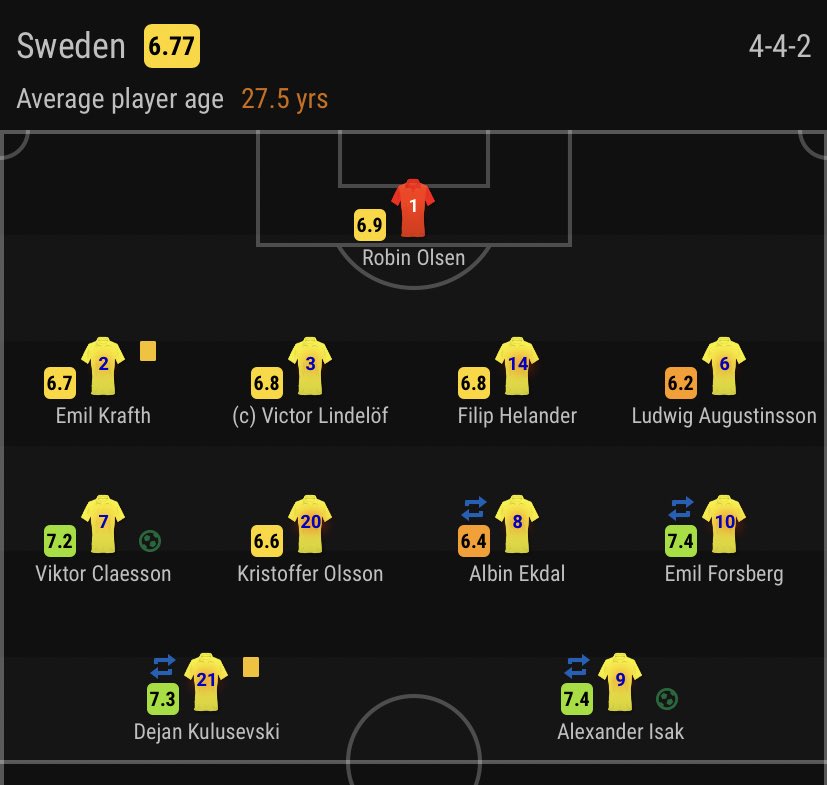 Death, taxes, the right-back against Spain getting booked. https://t.co/a7ibJQGBdB

As the tweet illustrates, Spanish left wingers have made a regular habit of drawing cards from their opposite numbers recently with five of the nine last right-backs to face Spain ending up in the book. Giovanni Di Lorenzo was one of those four full-backs to evade a card, however, it is worth noting that he committed three fouls when he last faced Spain.

The referee seemed intent on not letting the occasion get the better of him that evening, after all it was the semifinals of the Euros, which is perhaps why Dani Olmo also evaded a card despite committing seven fouls!

Whilst this is still a relatively significant fixture, the consequences of an incorrect decision are not as dramatic as the last encounter between these sides which is why tonight's match might yield more cards. This, combined with the choice of officials only adds to the allure of this angle.

Russian referee Sergey Karasev has the whistle for this one and he has already brandished 25 cards in the five international fixtures he has overseen so far this season. Over the course of his career, he has taken charge of 19 international games - as per Transfermarkt - and averaged a total of 4.2 cards per game.

Although this angle is more about the visitor's knack of drawing cards, you cannot ignore Di Lorenzo’s record for cards; 38 in 205 club appearances. Looking at his card per 90 average (0.19) I would have his price much closer to 9/2 which also adds to the appeal of Bet365’s price. 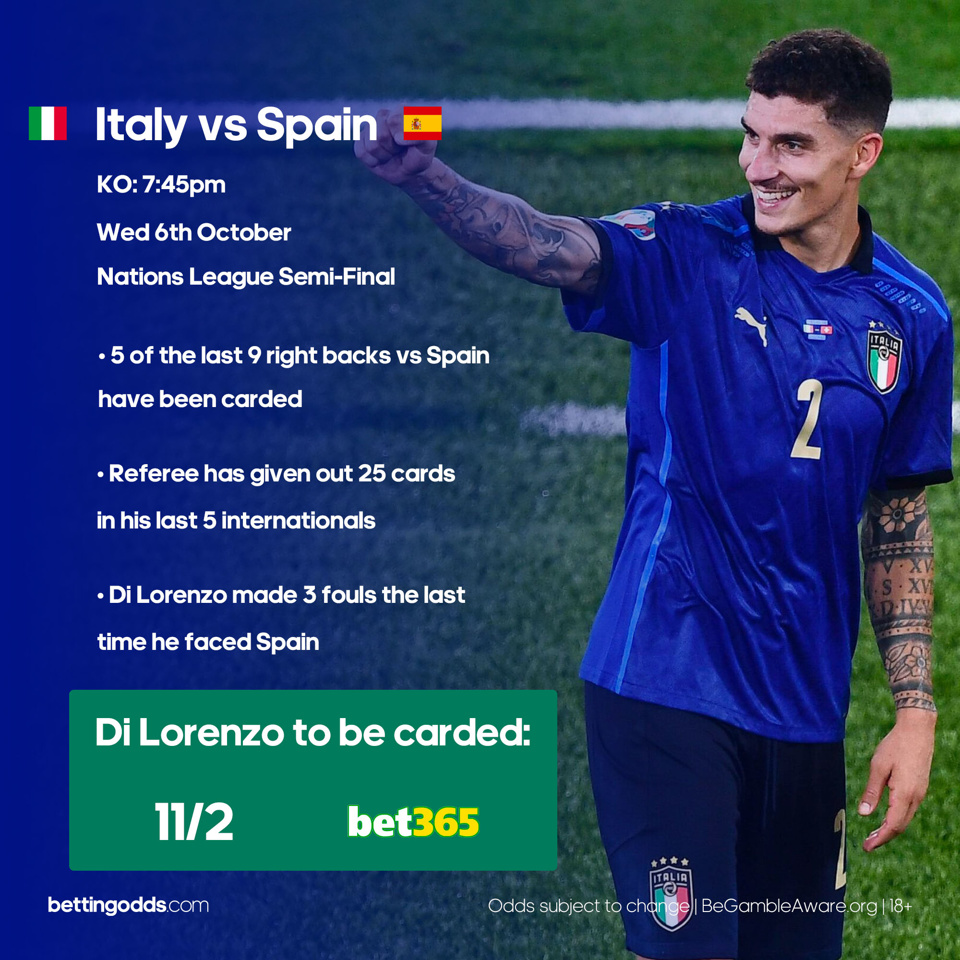 Domestically, Emerson has not made much of an impression at Chelsea or Lyon this season. He only featured for four minutes in London before getting shipped out to Ligue 1 on loan where he was sent off in his last domestic appearance and booked in his most recent one! Although he has scored for Lyon, given that the Brazilian-born Italian has only managed three shots in 648 minutes of club football it may seem a bit odd that I am plumping the shots angle here but he often puts his shooting boots on for Gli Azzurri.

In his last ten starts in competitive fixtures - the Nations League, World Cup Qualifiers and the Euros - he has registered at least two shots in four matches racking up 14 across ten games, an average of 1.4 per game.

If you fancy something a bit chunkier, you can combine the two selections above with things to be all square at the interval with Paddy Power's Bet Builder feature.

Since Manchini became Italy’s supremo, his nation have won 27 of the 37 games they have played keeping 25 clean sheets in the process. Against more evenly matched opponents though their games are often low scoring affairs, best epitomised by the fact that under 2.5 goals has gone into 4/6 from 10/11. This leg of the bet landed in two of Italy’s three WCQ games in September, they were 4-0 goals to the good in their most recent match against lowly Lithuania though.

Spain also live in the realm of fine margins, particularly against nations of similar ability, with La Roja recently drawing at HT vs Sweden and tonight's opponents Italy.