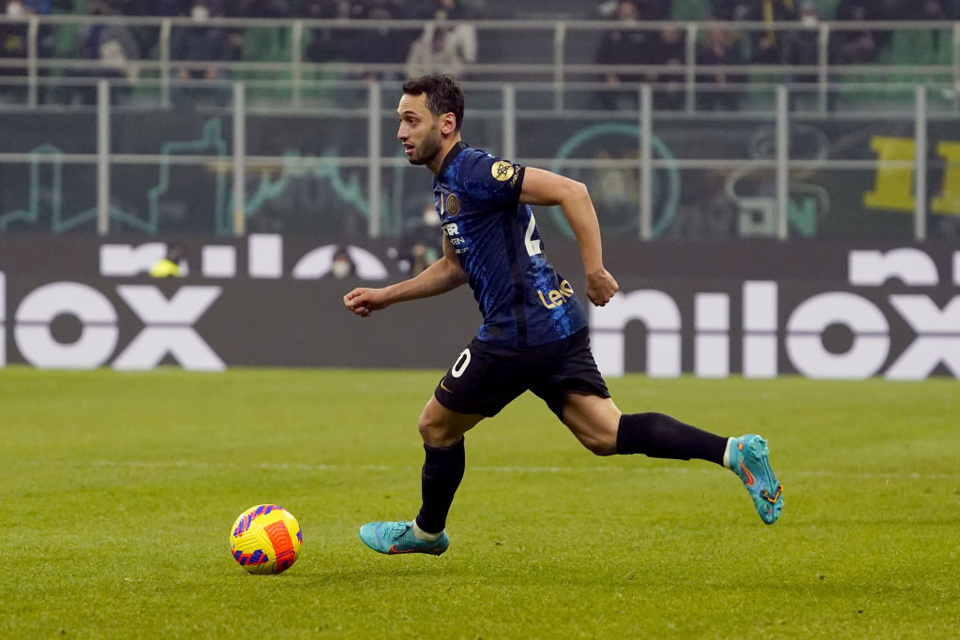 Calhanoglu makes up one of two bets for Inter vs Liverpool
By Tipster Wizard
08:34 Wednesday 16th February 2022 - 4 minute read

Live on BT Sports, Inter Milan host Liverpool in this massive UEFA Champions league round of 16 clash at the San Siro Stadium this Wednesday at 8pm. Inter Milan will be competing in the knockout stages of the Champions league for the first time in a decade and they will have to overcome one of the tournament favourites Liverpool over 2 legs to qualify for the quarterfinals. The hosts finished runners up in Group D with 10 points and were drawn to play against Klopp’s men who finished top of group B with a record high 18 out of 18 points and a 100% winning record. Simone Inzaghi’s men come into this game in mixed form, having won just 2 of their last 7 games in all competitions.

They were overtaken by AC Milan at the top of the Serie A table this past weekend after they were beaten 2-1 at home by them. The morale is not sky high at the moment but they will take confidence from the fact that they have lost just 3 games in their last 30 competitive matches across all competitions since the start of 2021. The visitors on the other hand are in supreme form at the moment with 6 wins in a row in across all competitions. Star man Jota is in the form of his life having scored 5 goals in his last 4 starts for Liverpool and he will be looking for another huge goal in the champions league when they head to the San Siro Stadium.

An mouth-watering Champions league clash awaits us, and usual I have you covered with 2 of my best betting angles included in the preview below:

Liverpool average 4.2 offsides against them which is the highest in Europe. In the premier league, Liverpool have won 101 offsides which is the most while Man City are 2nd with 61 offsides won. These stats clearly show how efficient Liverpool’s offside trap is and I expect Inter Milan to comfortably beat the Over 2.5 offsides line here.

As for the 2nd part of the bet builder, Liverpool topped their group with 6/6 wins scoring 17 goals in the process which is an average of almost 3 goals per game. They are in scintillating form at the moment and I just can’t see an Inter Milan side that are out of form right now keeping a clean sheet against them. Combining these 2 selections gives us a solid bet builder @ 9/10 and I am happy to stake 1pt on that as our main bet for this clash.

Trent Alexander-Arnold leads the assists leaderboard for Liverpool with 14 in 28 appearances so far this season. That is an incredible average of an assist every 2 games. He averages the most key passes in the team (2.7) and consistently threatens the opposition’s penalty box.

Hakan Calhanoglu has the most yellow cards for Inter Milan this season with 7 bookings to his name so far. He has picked up 4 of these in his last 9 games for Inter and against a tricky Liverpool side he could pick up another for a cynical foul. Combining these 2 selections gives us a cracking long-shot @ 18/1 and I am happy to stake a very small 0.25pt on that.