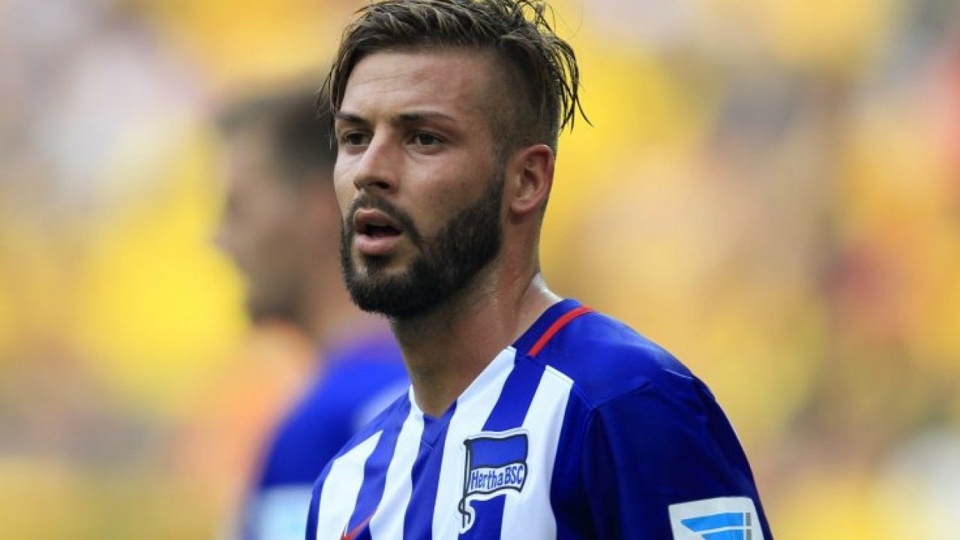 Now that we’re all Bundesliga boffins, preparing for another weekend of elbow-touch celebrations and Steve McManaman’s creative commentary, here at BettingOdds.com we've got another three tips available for all kinds of punters. A short-priced fancy, a £5 bet to keep you interested and an eye-watering long-shot, for each big game we’ll serve a three-course betting feast to satisfy your hunger for football.

This Friday you are saved from watching the Chelsea Flower Show or doing a zoom call with old friends you don’t like anymore by this Bundesliga belter! Get in the spare room, get your bets on, log onto your mate’s BT Sport account from 7.15pm and watch the first top-flight Berlin derby hosted at the Olympiastadion.

Favourites Hertha were the biggest priced winners last weekend (11/5) after an empathic 3-0 victory away at Hoffenheim, and go into the game a point above the overachieving Union. The newly-promoted side are 9/4 to win and will be looking to bounce back from their Bayern beating, to continue what has been an impressive season. There’s not a lot of value in the match betting so here are our trio of football tips to thrill your Friday night...

Dedryck Boyata to be carded at 3/1 - Betfair

For our short-priced fancy we’re looking at a familiar name to get us off to a flyer. Former Man City, Bolton and Celtic centre-half Dedryck Boyata is now the bedrock of Hertha Berlin’s side having played every time he’s been available in the league this season. The only game Boyata's missed all season was due to suspension having totted up seven yellow cards, suggesting that he's not shy of getting stuck in having already picked up seven cautions this campaign, one last weekend and the most he’s ever picked up in a season. He’ll come up against tricky customers in Andersson and Bulter and looks great value to be booked at 3/1.

Matheus Cunha to score and Robert Andrich to be carded at 7.43/1 - Betfair

Brazilian wonderkid Matheus Cunha is on absolute flames and got back to where he left off after the league was suspended by scoring the goal of last weekend to make it three goals in his last three games. Cunha to score anytime at 5/2 is a great price and we’re doubling it up with Union Berlin’s centre-midfielder Robert Andrich to get a yellow.

With the lack of atmosphere, we anticipated a tentative start resulting in a dip in bookings being brandished, but after studying last weekend’s numbers gameweek 26 was up there with one of the most ill-disciplined of the season. Andrich has also already been suspended after five yellows this season and we fancy him to get his tenth in the derby.

Dodi Lukebakio to have two shots on target, Marvin Plattenhardt to have one shot on target and Christopher Trimmel to be carded at 73.21/1 - Betfair

We really fancy Hertha to do the business against their Berlin neighbours on Friday night which is why all three tips are weighted towards the home side and our big longshot is no different! Ex-Watford striker, now famous for scoring a hat-trick at the Allianz while he was at Dusseldorf, Dodi Lukebakio has had the joint most shots on target for Hertha this season so at 13/5 for two, we think that’s value.

Now for our biggest shout of the preview! Make-shift left-back Plattenhardt is a massive 5/1 for just one shot on goal and that’s going straight into our same game multi, although to be honest is a great bet as a single! Linked with Everton in the summer, the 28-year-old has scored the joint-most direct free-kicks with David Alaba out of any current Bundesliga player and can do this...

After identifying all the value for this game we couldn't resist adding him to our betting basket. To take this SMG (same game multi) to the next level we’re going to again put Union captain Trimmel to be carded, He’s already been booked five times this season, according to the odds has a 35.7% chance of getting booked and with Berlin bragging rights at stake we’re hoping to see the tackles flying in. his SMG is priced up at 66/1 at Paddy Power, whereas if you placed the bet at Betfair you'd be getting an extra £7 value for every pound you bet.

These are only three options so make sure you only bet what you can afford to enjoy this weekend’s football!

*All stats from Fox Sports*