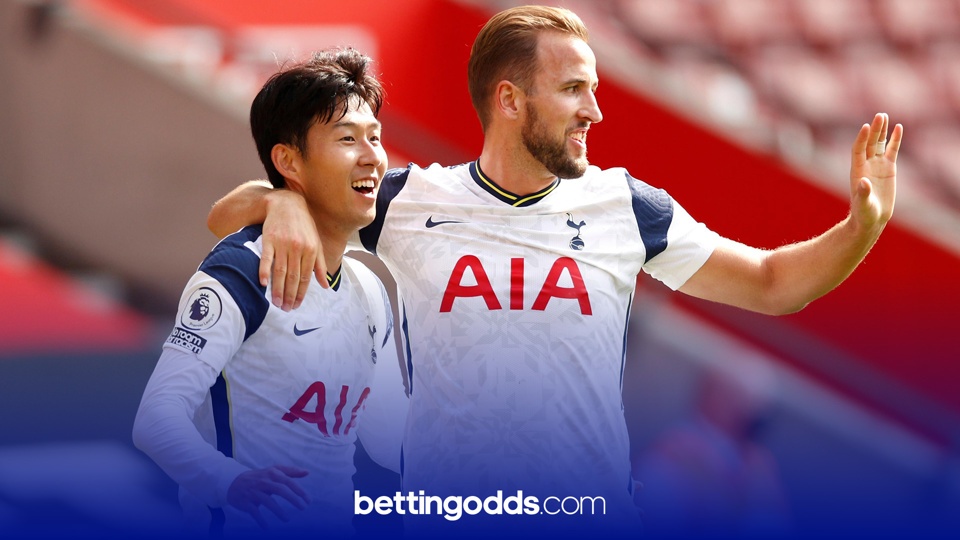 Harry Kane’s odds to win the PFA Player of the Year award this season have been slashed from 16/1 to 7/2 thanks to his scintillating start.

The England striker has scored seven goals and provided nine assists for Tottenham as the north London side have surged to the top of the Premier League. Saturday's 2-0 win over Man City saw Kane add his ninth assist of the campaign, setting up Giovani Lo Celso just after the hour mark to put Jose Mourinho's side beyond reach at the Tottenham Hotspur Stadium.

Spurs now sit top of the pile after nine games, level on points with Liverpool but ahead of the Reds on goal difference and it is largely thanks to the form of their talismanic skipper. The 27-year-old has an xG (expected goals) of 6.81 this season, third only behind Jamie Vardy (8.04) and Dominic Calvert-Lewin (7.02), which doesn't come as too much of a surprise considering he is always among the leaders in this field. 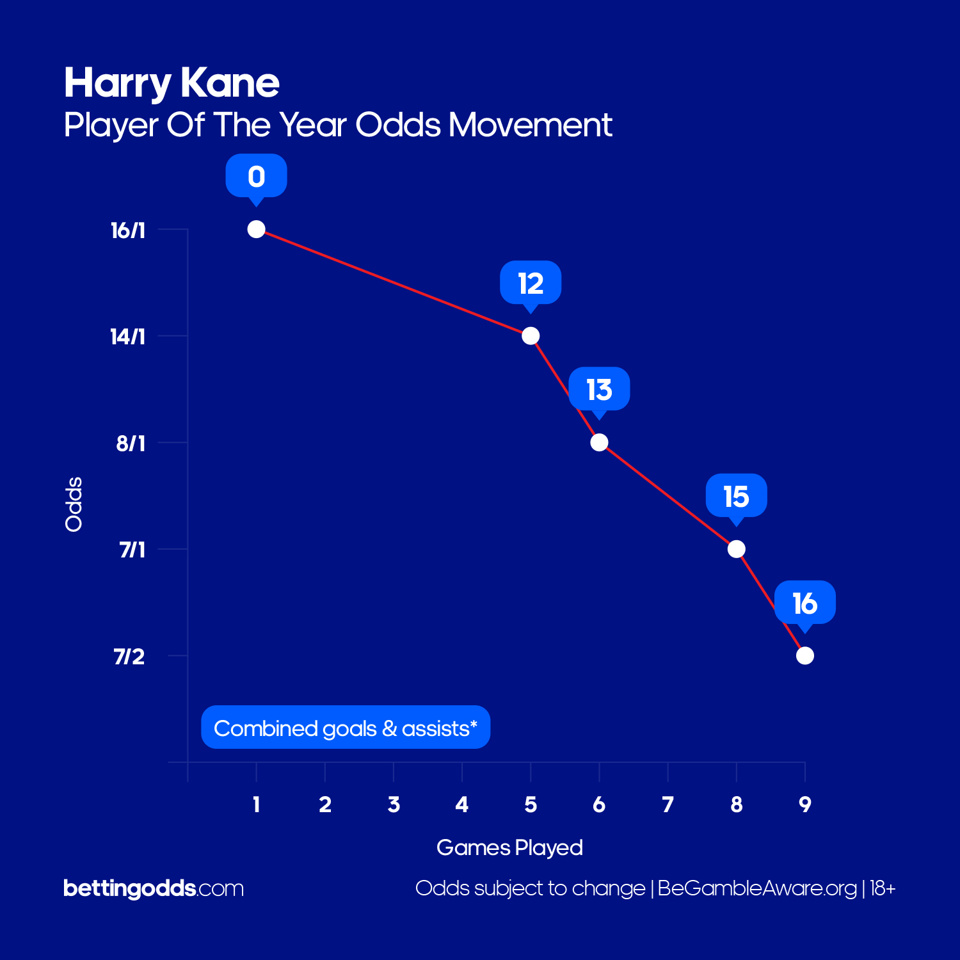 What is most impressive about Kane this season, though, is how his game has evolved under Mourinho. The Englishman is now a much more rounded footballer rather than just a prolific goalscorer, and this was highlighted on Saturday during his Man of the Match performance against City.

Kane ran the Sky Blues back-line ragged, continuously drawing in fouls (six in total) mostly from Ruben Dias - who found himself booked for a poor challenge on the Spurs forward in the second half - and acted as more of a playmaker than a traditional No 9, frequently dropping deep to pick up the ball before carrying it forward into the final third.

This is exactly how Tottenham's second goal came about; Kane picked up the ball from midfield, turned and drove towards the City defence before threading a perfectly weighted ball into the path of Lo Celso - who'd been introduced just moments before - and the Argentine slotted it home through the legs of Ederson.

The 27-year-old's defensive duties have clearly been ramped up by Mourinho this season and that was again noticeable at the weekend, as Kane carried out the gritty work when his side were chasing the ball as well as making the difference when his team were in possession; making a total of three tackles, one interception and committing two fouls (receiving a yellow card in the process) which further highlights just how hard he worked to ensure Spurs came away with all three points against the former champions.

On the whole this season Kane has played 1,096 minutes in all competitions for Tottenham, scoring 13 goals and providing 11 assists and everything is going swimmingly. However the one fear there will always be where this magnificent player is concerned is his persistent issues with injury. Since the beginning of the 2016/17 season the England forward has missed a total of 50 games through various knocks - ranging from hamstring tears to ligament damage in his ankles - due to his constant involvement in practically every match.

Injury breakdown since the start of 16/17 season:

The worry is that with Spurs gunning for the title and still focussed on winning the Europa League, alongside the fact that they also find themselves in the quarter-finals of the League Cup and their involvement in the FA Cup has not yet even started, will Kane once again burn out and face another lengthy spell on the sidelines in the new year? At the start of 2020 Kane missed 14 games with a severe muscular tear sustained against Southampton on New Year's Day, and that injury had a huge affect on Tottenham's chances of making the top-four. 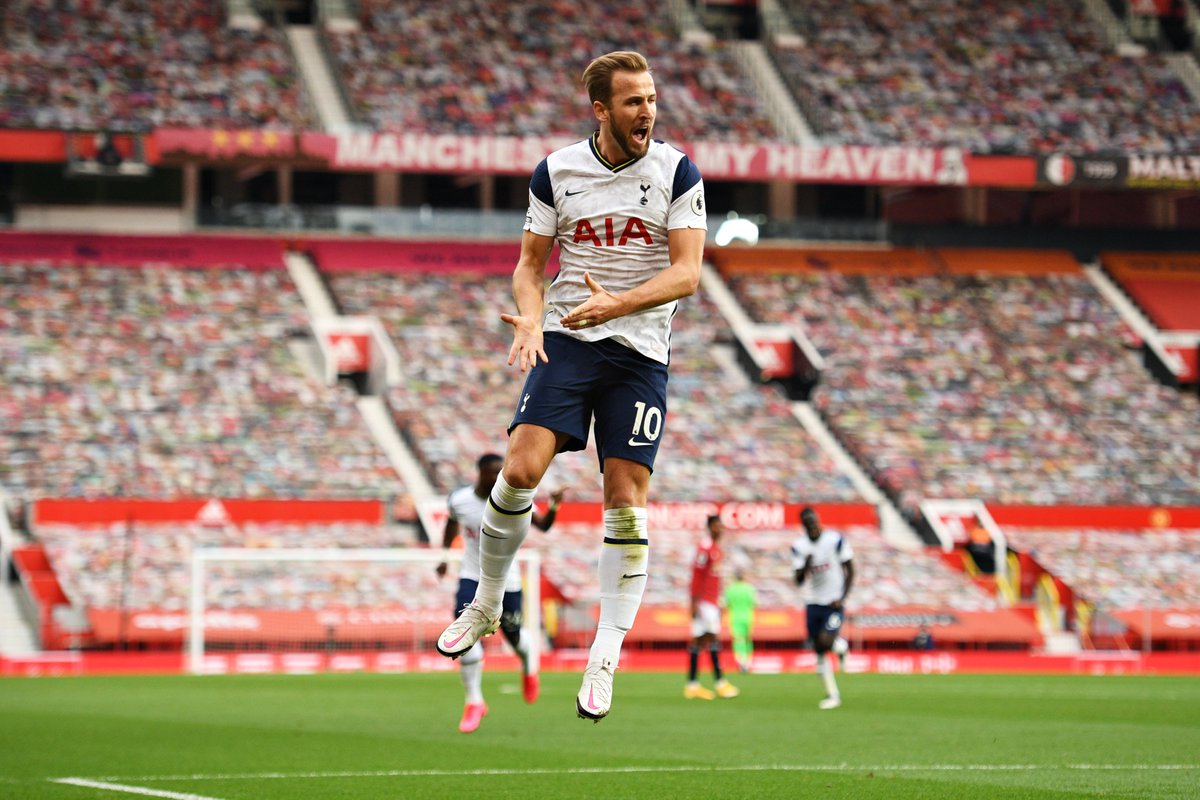 In that time, the Spurs striker has been injured for 36 league games, nearly a full season! 🏆👏

Mourinho's side ended up finishing sixth by the skin of their teeth but had Kane been present for those games, you can't help but feel that Spurs may well have ended up finishing higher than they eventually did. Jose needs to be wary of this heading into a jam-packed festive period, which sees Tottenham play nine games in all competitions throughout December, including fixtures against Arsenal, Liverpool, Leicester and Wolves.

And, while he will of course want to ensure maximum points are taken from their upcoming Europa League ties against Ludogrets, LASK and Antwerp, the sensible thing to do would be to rest his leading man in an attempt to preserve him for the more pressing games in the Premier League from now until the end of the year.

Based on current projections, Kane should finish the season with 30 league goals this season judging from his start (avg 0.8 per game), however despite doing a great impression of one at times, he is not a machine and potential injuries, suspensions and off-days will most likely hinger this speculative figure.

Indeed, it is most likely that should this type of form continue, Kane will finish in the early-to-mid twenties for goals and could therefore secure the Golden Boot award for the first time since 2016/17 (currently 9/2 favourite).

As for assists, then it really is anyone's guess at this moment in time; so far he has averaged one a game and while you'd expect that to start slowing down, it is certainly not a given considering how well he is playing right now. Double figures for goals and assists this season is pretty much guaranteed for Kane, and should that happen then it would surely be impossible for him to be overlooked for the PFA Player of the Year award next May.

Currently favourite in the market ahead of last season's winner Kevin De Bruyne, Kane is now as short as 7/2 to scoop the coveted prize, slashed considerably from the 16/1 he started the season at and even more so from the 25/1 he drifted to after four matches (bet365).

2020/21 could finally be the season Tottenham get their hands on the Premier League trophy after 29 long years of trying, and if they do, they'll have one man to thank more than any...