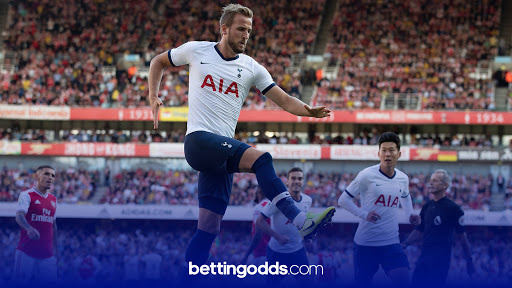 Speculation has been growing around the future of England captain Harry Kane. It’s been a poor season for Spurs and after sacking Jose Mourinho, there’s now a strong possibility that they may lose their talisman, Harry Kane.

On the field, Kane has been superb once again this season and won both the Golden Boot and the top Playmaker awards having scored 23 goals and 13 assists in the Premier League. Now a three-time winner of the award, we asses the Harry Kane next club odds market.

In an interview with Gary Neville for Sky, Kane opened up about the possibility of leaving Spurs and about his relationship with Daniel Levy.

I don’t know, I mean he might want to sell me. He might be thinking, If I could get £100m for you then why now? Do you know what I mean? I’m not going to be worth that for the next two or three years.

I hope we have a good enough relationship. I’ve given the club...well I’ve been there 16 years of my life. So I hope that we can have a good honest conversation and see where we are in that aspect.

Several bookmakers have released Harry Kane next club odds and it’s Manchester City who are the 4/6 favourites to capture his signature before the end of the transfer window. That’s a 60% implied chance that the 28-year-old will make the switch to The Etihad this summer, although they are the only team from Manchester who could be interested in his services.

Manchester United come next in the betting at 11/1, while Chelsea can be backed at 14/1, with Kane most likely to want to remain in the Premier League and go on and break Alan Shearer’s goal record, for which he is just 95 short of with 165 to his name.

Although a switch to the continent is not favoured by many, Paris Saint Germain (20/1), Real Madrid (40/1) and Bayern Munich (50/1) are the odds on offer from Paddy Power

For those wishing to back Harry Kane to remain at Spurs, 5/4 is on offer from Paddy Power and Betfair. There’s no denying Kane has established himself as one of the best strikers in the world, but whether any team is willing to match the no doubt hefty asking price will remain to be seen.

On 21 June 2021, it was reported by Sky Sports News that Manchester City had made a bit of around £100m to Tottenham to try secure the services of Kane. It's also been reported that City are open to including players in the deal as well as cash, however Spurs are reportedly set to reject this offer.