Goalless at the interval: The Premier League took a while to get going upon its return this weekend 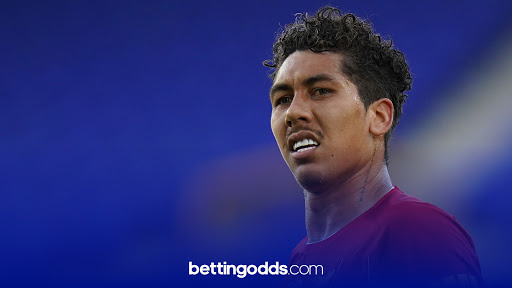 Six of the nine games in the Premier League this weekend were goalless at half-time
By Callum Pragnell
14:34 Monday 22nd June 2020 - 4 minute read

After we were all treated to a taste of Premier League action in midweek following a three month layoff, top-flight English football fully returned this weekend. 18 of the 20 sides were in action, with Manchester City’s clash against Burnley rounding off the division’s first full gameweek since the beginning of March.

There were resounding wins for the likes of Southampton, Wolves, Newcastle and Crystal Palace, while Brighton were the weekend’s biggest-priced winner at 9/4 after they came from behind to defeat Arsenal at the Amex - a result which has seen the Seagulls’ relegation odds drift from 3/1 to 10/1.

Elsewhere, there were draws for Tottenham & Manchester United, Watford & Leicester and Everton & Liverpool, while Chelsea heaped more misery on strugglers Aston Villa by beating Dean Smith’s side 2-1 at Villa Park, in turn bolstering their chances of a top-four finish.

But what did we take from this weekend’s action? Having analysed the Bundesliga and La Liga in recent weeks, we knew that the football on display would be slow to start with and leggy at times due to players being out of action for so long. Indeed, this certainly proved to be the case, as six of the nine games were goalless at half-time with minimal talking points.

Interestingly, though, aside from Everton’s abysmal goalless stalemate with Liverpool (we’ll never get those two hours back), each of the games which featured no goals in the first-half did come alive in the second, with the Merseyside derby proving to be the only game of the weekend ending scoreless.

On top of this, at least two goals were scored in those games, with every game this weekend (bar Everton v Liverpool) ending in over 1.5 goals. Wolves left it the latest to win, beating West Ham 2-0 with two goals scored in the final 18 minutes courtesy of Raul Jimenez and Pedro Neto.

Meanwhile, Watford’s 1-1 draw with Leicester looked to be ending goalless until Ben Chilwell found the net with a stunning strike in the 90th minute, before Craig Dawson provided the Hornets’ reply three minutes later.

Newcastle’s surprise 3-0 win over a Sheffield United side - who have impressed all season long but look completely out of sorts since the restart - burst into life within 10 minutes of the second-half starting, with Allan Saint-Maximum, Matt Richie and Joelinton all scoring within a 23-minute period to sink Chris Wilder’s rather blunt-looking Blades.

Southampton further distanced themselves from the bottom-three with a comfortable 3-0 win away at rock-bottom Norwich. After a goalless first 45, the Saints burst into life immediately after the interval, with Danny Ings opening the scoring on the 49th minute before Stuart Armstrong doubled the visitors’ lead just five minutes later.

The Canaries’ odds for relegation have been cut from 1/14 to 1/33 following that defeat, and if they continue to play like they did on Friday then they’ll have no chance of remaining in the top-flight next season.

While a certain amount of lethargy was anticipated following a lengthy break, it was a little surprising to see just how unenthused a lot of sides were - especially during the first-half of matches - this weekend.

The likes of Norwich, Bournemouth and West Ham are all fighting for survival at the bottom, but none of them offered much going forward and seemed to have little fight in them whatsoever, with Bournemouth conceding two goals within the first 23 minutes against Palace on home soil.

The Cherries are now being given a 66% chance of relegation by the bookies following that defeat to Roy Hodgson’s side, with their odds cut from 5/6 to 1/2.

In summary, the data collected from this weekend’s results - albeit from a very small sample size - does give us a good insight into the betting trends for the Premier League’s upcoming fixtures.

Had you have backed half-time draw/full-time win for each of the games which stood goalless at the break but resulted in a win or score-draw for the correct team at full-time, you would have pocketed an astonishing £7,875 from a £1 stake this weekend!

While nothing is a guarantee in football betting, bearing this in mind when you place your next Premier League accumulator could be worthwhile, as if gameweek is 30 is anything to go by, the action certainly intensifies later rather than sooner.

If you can see Manchester City and Burnley’s clash finishing the same (draw HT/City FT), BetVictor are offering the best price at 19/5.