Genk vs West Ham: Best Bets as the Hammers look to make it four from four in the Europa League 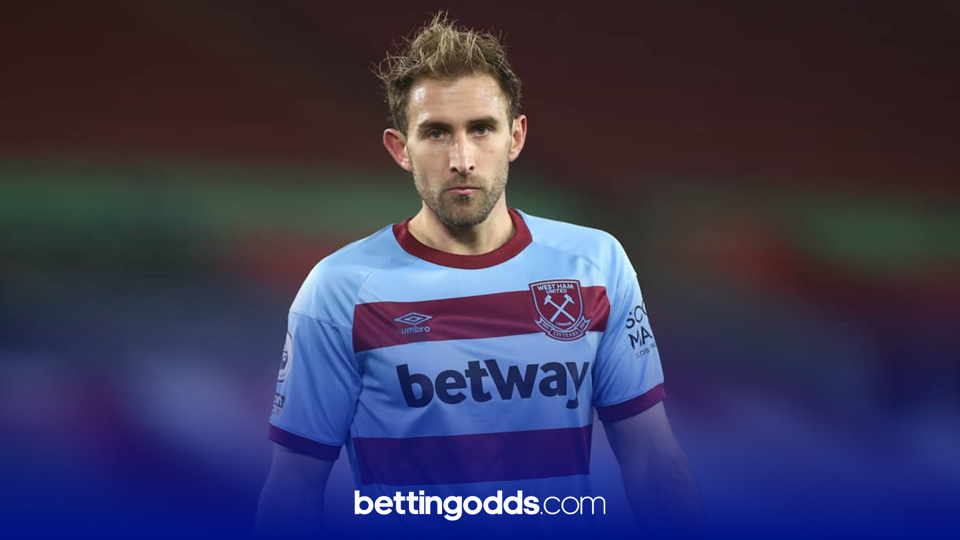 Genk vs West Ham Tips: No player has averaged more shots per game in the UEL this season for West Ham than Craig Dawson
By Anthony Eadson
16:01 Wednesday 3rd November 2021 - 4 minute read

West Ham travel to Belgium on Thursday to take on Genk in the Europa League. The game kicks off at 5:45pm and can be seen live on BT Sport 3 and here at BettingOdds.com, we’ve provided you with three tips for the game that we like the look of.

After going on a five-game losing streak, Genk have bounced back by scoring six goals in their last two domestic victories in the Jupiler Pro League. The Belgians find themselves with just one win after three matches in Group H and really need to be picking up something here if they are to qualify for the next round.

West Ham on the other hand have won all three of their group games so far in the Europa League and have kept three clean sheets in the process. The Hammers can afford to rest a few key players here with a big game ahead of them on Sunday against Liverpool in the Premier League, so it may be worth checking team news an hour before kick-off to check who is starting.

First up on Wednesday evening, I’ve taken a lean towards West Ham winning the game to nil which at the time of writing is best priced with Unibet at 29/10. The Hammers have kept a clean sheet in all three of their Europa League matches so far this campaign and when we look at all competitions, they have not conceded in four of their last five.

Even with some potential changes to the standard back-four that David Moyes has been selecting in the league, I’m confident that they can keep Genk out. Issa Diop and Craig Dawson have put in some superb performances when coming in for Angelo Ogbonna and Kurt Zouma and have kept clean sheets against both Manchester United and Manchester City in the League Cup this season.

Another selection that has caught my eye on Thursday comes from the shots on target market. In the Europa League this season, no player is averaging more shots per game currently than centre-back Craig Dawson who has recorded five attempts on goal from his two appearances in the competition. In Europe Dawson has started two this term - against Rapid Wien where he recorded three shots and against Genk in the reverse fixture two weeks ago where he managed two attempts so I’m confident in him registering another this Thursday.

As well as backing Craig Dawson to have a shot on target in the match I’m also backing him to score anytime in the match. At the time of writing, bet365 have 10/1 available for the 6ft 2 defender to get his name on the scoresheet which looks very reasonable with other firms such as William Hill and Sky Bet going just 4/1 and 9/2.

David Moyes’ side have scored from more set-pieces than any other side in the Premier League since the start of last season and with plenty of players over 6ft and with pin-point delivery from Aaron Cresswell, it’s easy to see why.

Two weeks ago, West Ham managed a 3-0 victory over Genk at the London Stadium in a game where both centre backs - Craig Dawson and Issa Diop - managed to find the back of the net. West Ham are in great form at the moment and with Dawson scoring four Premier League goals in 2020/2021 I’m more than happy to have a small dabble on him to score anytime against Genk at 10/1.