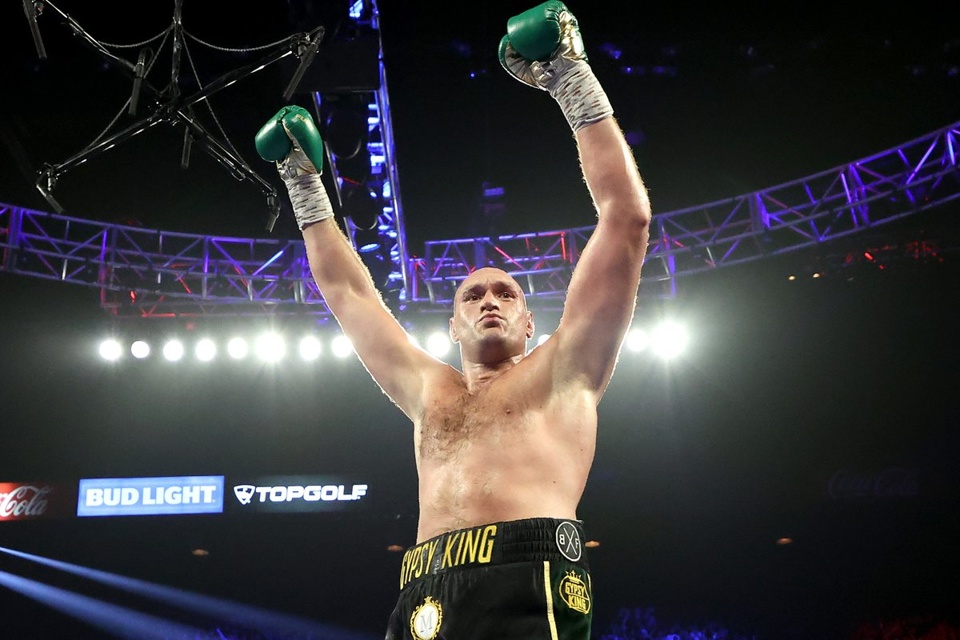 We're back in the squared circle in the ever-exciting Heavyweight division for a clash for the WBC World Title between the current lineal and Ring Magazine Heavyweight champion Tyson Fury and his mandatory challenger Dillian Whyte. We've asked our boxing man @OddsT3rrier to preview this one and provide us with his best bets for the contest.

The fight will be held in front of 94,000 screaming fans at Wembley Stadium in London, on Saturday April 23rd and will be broadcast live and exclusively on BT Sport Box Office. The event will start at 7pm with the ring walks for the main event expected around 10pm. The card is a Top Rank/Queensbury event and is a co-promotion between Bob Arum & Frank Warren.

Well that was a bit of a disappointment! We wait the best part of 10 years to get these two men into the same room, there's been plenty of back and forth during the promotion about lack of respect, Whyte's constant no-shows and what do we get at the presser? Nothing but two men being polite and respectful to each other and a distinct lack of beef. Let's hope for more fireworks in the actual fight!

The weigh in is on Friday at 2.30pm in front of fans so could be a bit more raucous. At this stage it looks more likely that Big John Fury and Dillian Whyte's Dad will be squaring up to each other.

Dillian Whyte has had enough of John Fury 😂😂😂😭 https://t.co/tFhJCdkQ5f 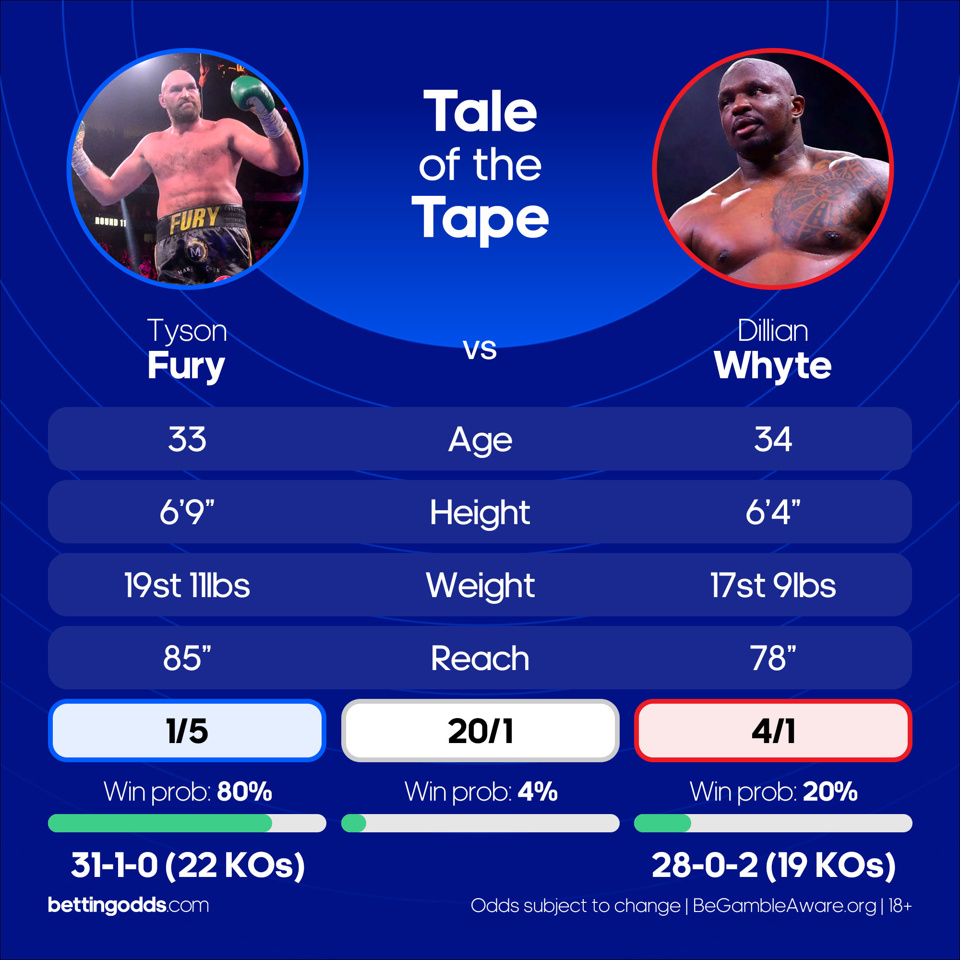 Ok, onto the actual fight...

Let's not beat around the bush here - Tyson Fury is a massive favourite for this fight, he's as short as 1/6 at some bookmakers to retain his WBC crown, but over the last few weeks there has been a slight drift in his odds and a few high profile pundits have been declaring themselves firmly in the Whyte camp. Well I, for one, am not buying it.

There is a reason that Fury is so short here. He has fought at a much higher level than Whyte, having dethroned Wladimir Klitschko in his own back yard, before demolishing and demoralising the most feared knockout artist of the last 25 years of Heavyweight boxing in Deontay Wilder.

Who has Whyte fought? Other than Anthony Joshua (a KO loss) earlier in his career, Whyte has largely fought against European to fringe world level fighters. In the only true genuine step up he took, he was brutally knocked out by ageing former champ Alexander Povetkin. He avenged that loss last time out, but questions remain as to whether he has the size and the calibre to strut his stuff on the world stage.

Having discounted the possibility of a Whyte win (there is always a punchers chance - this is Heavyweight boxing), I then need to ask myself how will it be won? I toyed with the idea of a points decision win for quite a while; there are rumours that Fury will be weighing in at his lightest weight for three years, suggesting he may resort to a hit and move fighting style off the back foot. However, in recent fights Fury has shown his willingness to stand in the pocket and trade. In both the last two Wilder fights he did exactly that and bullied the heavier punching man. I would see him having no difficulty doing so against a much smaller man in Dillian Whyte.

The 8/11 on offer looks value when compared to the 1/6 for the outright win and will be my main selection of the fight.

Following on from what I wrote above, I expect the fight to start out fairly cagey with both men jabbing at range for the first 2-3 rounds. Once they begin to tire and the left hand is followed up by those straight rights and clubbing lefts, I think we'll enter a different stage of the fight with both men standing closer and trading. This is a dangerous stage of the fight for Tyson, but I think he has enough durability and power to work it to his advantage.

By the time we reach the middle of the fight I think Fury will be hurting Whyte who by that stage will be resorting to crude one punch knock out attempts. I expect Fury to stop Whyte in the mid to late stages either via a clean knock out or an accumulation of punches and British referee Mark Lyson will step in to stop the punishment.

With that in mind I have taken Fury to win in rounds 5-8 with Paddy Power as my second pick.

Lastly, and for a bit of a longer odds punt, I've gone with the bet365 boost on offer for Fury to win in round 7. It has been boosted out from 12/1 all the way out to 18/1 and that's value I can't turn down. I've had a small stake on that as my 3rd selection.

Good luck if you are following these bets and enjoy the fight!

Brook vs Khan Predictions as BettingOdds.com take a early look at the big fight a week on Saturday and offer up…