Fulham v Cardiff Tips: Hoilett to pick up ninth yellow at the Cottage 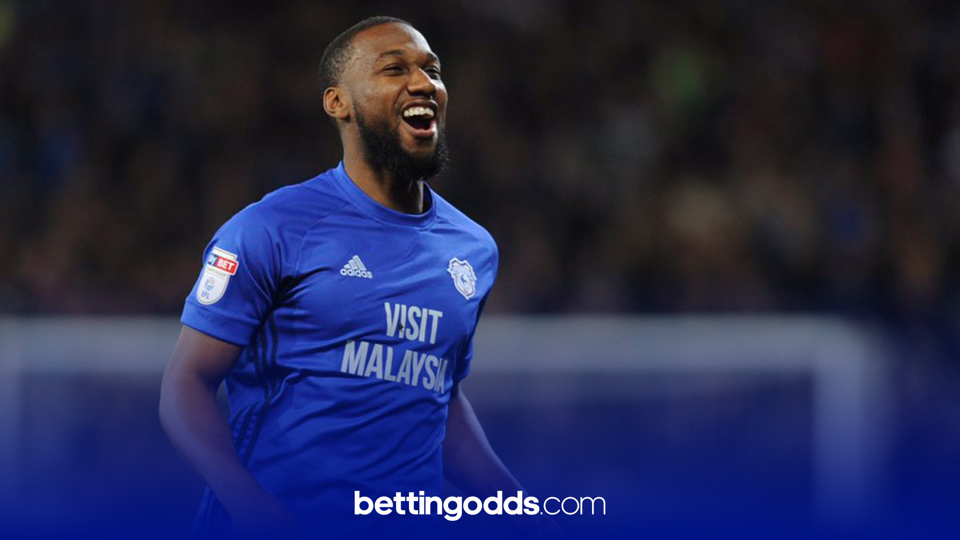 Canadian Junior Hoilett has recieved eight yellow cards this season and we fancy another in this one
By Anthony Eadson
17:18 Wednesday 29th July 2020 - 5 minute read

Fulham go into Thursday’s Championship playoff final second leg with a two goal advantage after a late goal from Neeskens Kabano scored made it 2-0 to the visitors on Monday evening. The Cottagers had gone 44 games without scoring a direct freekick this season, however they now have three in their last three which have all been scored by Kabano.

Despite having that first leg advantage Fulham have still been made the 19/20 favourites to win inside 90 minutes with bookmaker bet365. The draw can be backed at 12/5 while a win for the Bluebirds is currently offered at 3/1 from Betfred at the time of writing.

Fulham’s Aleksandar Mitrovic missed the first leg through an injury he picked up and it’s possible he may come back in here at the expense of Bobby Reid. However if his late fitness test does not come back conclusive it would be no surprise to see Scott Parker protect his star striker for a potential trip to Wembley.

For Cardiff, Issac Vassell is sidelined through injury. There could be a return though for Greg Cunningham who has been back in training this week. Josh Murphy could come back into the starting line up at the expense of Nathanial Mendez-Laing with no further headaches from the first leg for Neil Harris.

My First selection here is Fulham’s Anthony Knockaert to have one or more shots on target priced at evens with betfair. When the market opened here 11/10 was available for one or more shot(s) on target from the Frenchmen which was soon cut into 5/6. Betfair have given this a little boost back up to even money, which I still think is a respectable price when you consider the same bet is 4/7 with Skybet.

At Craven Cottage this season Knockaert is averaging an impressive 2 shots per 90 minutes. Further to that he’s averaging 0.8 shots on target per 90 mins at home this season which gives plenty of appeal to the even money available for him to register one on target here. Despite having a two goal advantage I think Fulham will press for an early goal to get this one wrapped up.

Next up I’m backing Junior Hoilett to be carded. When I saw the price on this one it did cause a little eyebrow raising as I really did not expect 6/1 to be available. No player at Cardiff has been carded more times than the Canadian this season (eight), which is rather surprising for one of the more attacking players.

I see Cardiff becoming frustrated here in this one and it would be no surprise to see Hoilett struggling with his defensive duties and to give away some cynical fouls. He was booked in the first leg between the sides and I’ve had a dabble on the 6/1 available here for a repeat, which at the time of writing is available from Betfair, Paddy Power and BetVictor; bet365 have this one at just 12/5.

Onto the longshot for the game and I’m going for a 50/1 shout of Lee Tomin and Tom Cairney to have one or more shots on target with both Joe Bryan and Leandro Bacuna to be carded with Paddy Power.

Lee Tomlin to have a shot on target kicks off this Same Game Multi. He averages the most of any Cardiff player this season when it comes to shots per game and also tops the ranks for shots on target per game. He looks the biggest threat for Cardiff so I’m throwing him in here.

For Fulham, I’ve gone for Tom Cairney to find the target once or more also. He was one of my favourite players when he was at Blackburn, and he’s scored an impressive eight times this season. Always looks dangerous when shooting from range and looks good value here at 7/5 as a single to register one shot on target.

Onto the cards and I’m opting for Cardiff’s Leandro Bacuna to find his way into the book. The dutch right back and central midfielder has been booked six times in the Championship this season and should face another tough night up against Neeskens Cabano.

Finally I’ve picked out Joe Bryan to be carded for the hosts. The 26-year-old has picked up six cautions this season. I think we could see a lot of cards in this one with the nature of what is at stake here. Fingers crossed we can have more success, like in recent weeks with the formula of two players to have a shot on target and two players to be carded.

The game will be shown live on Sky Sports main event kicking off at 19:45, and as always please remember to gamble responsibly and enjoy the game.