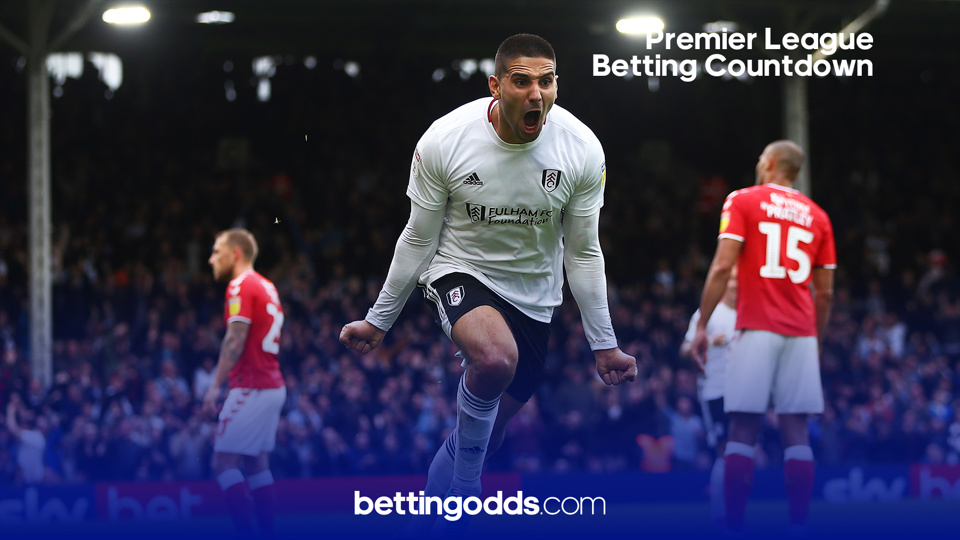 Fulham Premier League Odds: The west Londoners are back in the top-flight after winning the play-offs
By Callum Pragnell
10:47 Wednesday 26th August 2020 - 5 minute read

Ahead of the 2020/21 Premier League season, BettingOdds.com will profile each team in the lead up to kick-off. We'll be looking at how the bookies have priced them up, our verdict on where they will finish and a provide a special bet for each side - lets get started.

Scott Parker’s side were the third and final team promoted from the second-tier last season, beating rivals Brentford in the play-off final. They enter this season hoping to avoid a repeat of the 2018-19 season, where they fell victim to the drop after finishing 19th in the PL just nine months after beating Aston Villa in the 2017-18 Championship play-off final.

Indeed, the Cottagers’ defensive frailties proved costly two seasons ago; with 81 goals conceded in 38 games, the west London outfit finished the campaign having shipped more goals than any other side in the division - including bottom-placed Huddersfield (76 goals conceded).

They’ll need to tighten up at the back to avoid a repeat performance this time out, and while they showed signs of progress during last season’s Championship campaign by conceding just 48 goals in 46 games, as we all know too well the standard of the top-flight is notably better than that of the second-tier, so it remains to be seen whether or not Scott Parker’s side will be able to cope with the demands of the Premier League this time out.

Fulham endured a strong end to their season last time out, losing just one of their final ten games. While that wasn't enough for them to obtain automatic promotion, it clearly gave them the confidence they needed to go on and win the play-offs, where they beat Cardiff across two legs before overcoming Brentford in extra-time at Wembley.

With 23 games won, 12 games drawn and 11 lost last season, the Cottagers' form was promising as a whole and relatively consistent, but their campaign was helped by a late surge in performance after the restart following a patchy period just before Christmas.

Fulham will need to hit the ground running on September 12, or risk falling behind early on which is never easy to come back from, especially in the Premier League. 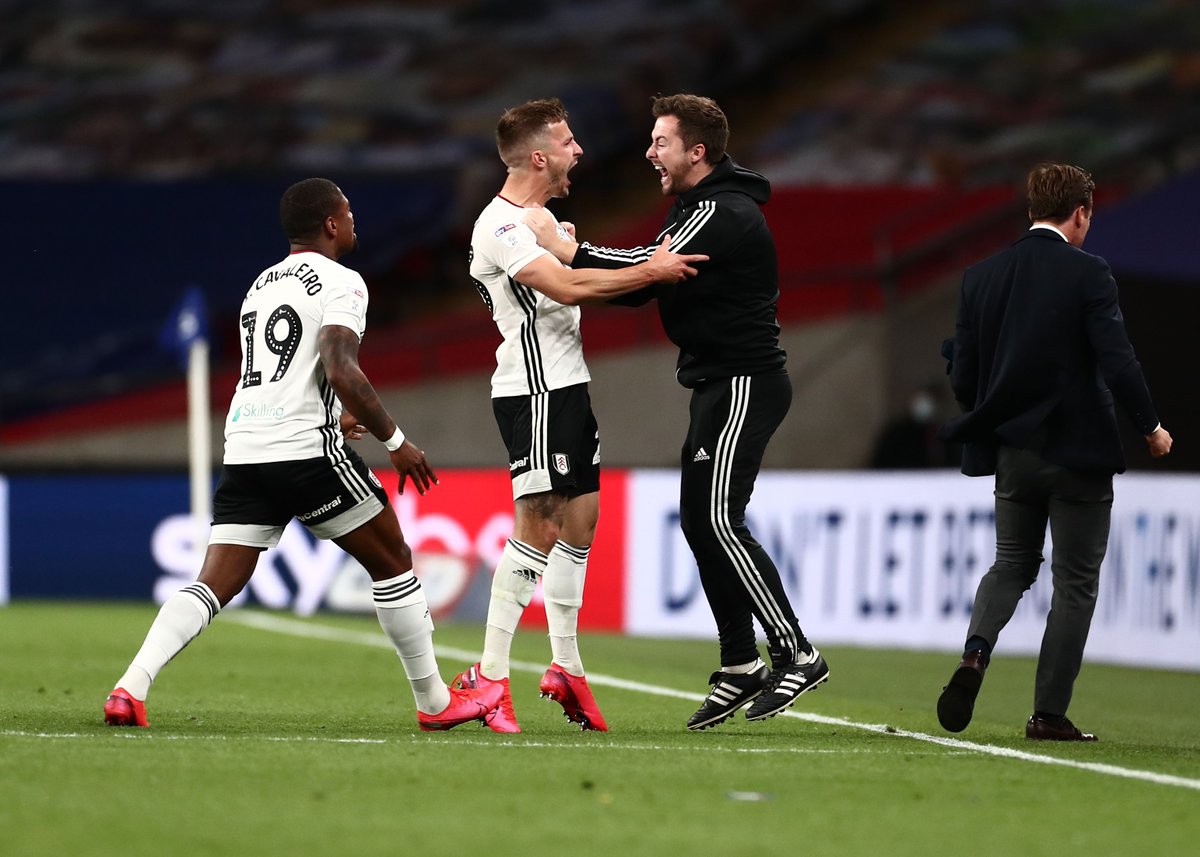 For the first time in their club's history, Fulham have bounced back from relegation and been promoted the very next season

Back in the Premier League again! ⚪🔙

Who have Fulham signed this summer?

Fulham’s main strengths lie in their attack, with last season’s favourite in the Championship top scorer betting Aleksandar Mitrovic the obvious key man at Craven Cottage. During the Lilywhites’ most recent season in the Premier League, Mitrovic was the one shining light as he tirelessly battled to keep his team in the division, providing 11 goals and three assists.

However, the Serbian hitman cannot be expected to bear the brunt of all the goalscoring duties this season and Fulham could certainly do with some reinforcements in the final third.

After missing out on QPR's Eberechi Eze to Crystal Palace, Scott Parker may well turn his attention to capturing the highly sought after signature of Brentford front man Ollie Watkins. The 25-year-old finished just one goal behind Mitrovic in the Championship top-scorer table and is being heavily linked with a move to the Premier League ahead of the 2020-21 season.

Priced at 8/1 in the betting, Watkins would add huge firepower to Fulham's forward line if he did make the switch to Craven Cottage, but it does look as though the 25-year-old could be now heading to Aston Villa, with the West Midlands side given a 78% chance of signing him with their odds of 2/7.

Bournemouth's Callum Wilson is also being mooted with a move to the Cottage in the coming months, which would also massively bolster Scott Parker's front line if a deal was to materialise. 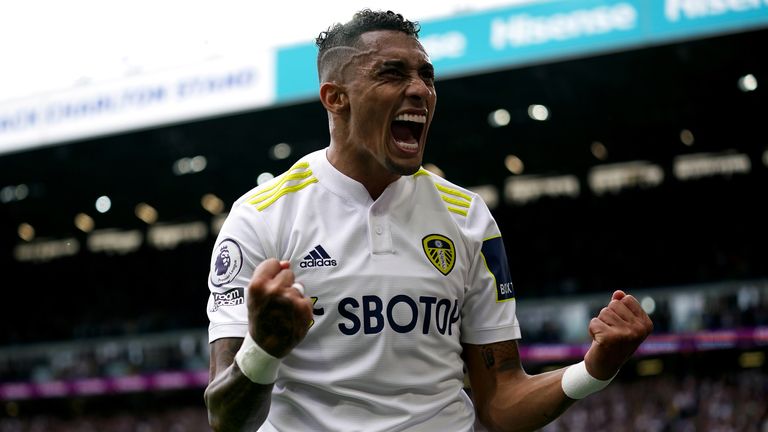 Exclusive: #Fulhamfc are in talks to sign Ollie Watkins from #Brentfordfc #ffc also keen on Callum Wilson from #afcb https://t.co/OzHTtF6aQx

Away from speculation, Fulham have already completed deals for Wigan full-back Antonee Robinson (£2m) and signed ex-loanee Anthony Knockeart on a permanent deal from Brighton (£10m) - two players of real quality which will surely improve them as an overall unit this coming season.

The Cottagers have also now got deals over the line for Southampton duo Harrison Reed and Mario Lemina, with the former joining on a permanent basis following an impressive loan spell last season.

Lemina has moved to west London on a season-long loan from the Saints having seen game-time diminish at St Mary's since Ralph Hasenhuttl took charge of the club, but the Gabon international is a tremendous player on his day and one who should really help to bolster Scott Parker's midfield this season.

Fulham are 11/2 to be bottom of the league at Christmas (bet365), but if you’re feeling more optimistic about their chances next term then you can get odds of 16/1 for the west Londoners to finish in the top 10 in 2020-21.

Mitrovic to net 15 or more?

Aleksandar Mitrovic is by far and away the best attacking player Fulham have available, and has already proven his quality whilst playing for Newcastle and his current employers Fulham in England's top division.

As noted above, the Serbian hit 11 league goals for the Cottagers when they were in the Premier League back in 2018-19 and last season notched a huge 26 in the Championship, claiming the Golden Boot award in the process.

While nothing is a guarantee in football, Mitrovic scoring goals at a consistent rate is usually a safe bet, so we teamed up with Paddy Power and requested a tailor-made special for Fulham this season - Mitrovic to score 15 or more goals (league only) has been priced up at 7/2 by the Irish bookmaker; can he beat his tally from two seasons ago?