Fulham vs. Millwall Predictions: Back goals - early and often 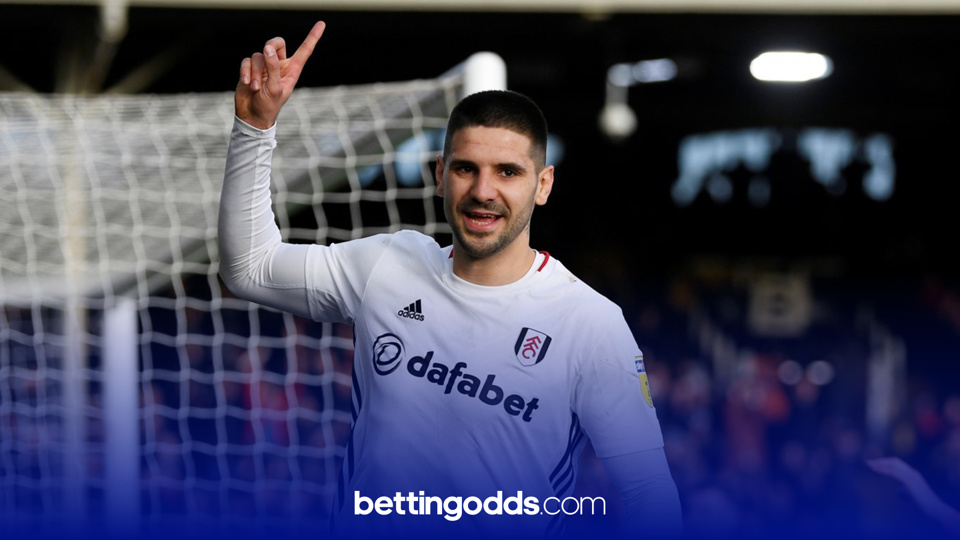 Aleksandar Mitrović has scored six in his past five league games

Top of the table Fulham welcome Millwall to Craven Cottage for a London derby on Tuesday night. Marco Silva’s side are five points clear of their nearest rival and are unsurprisingly a short price to beat their middle of the table opponents. Neil Monnery therefore has decided to look elsewhere when it comes to bets as betting against the Cottagers seems like a tough sell at the moment…

Fulham have just been on a tear this season having scored no fewer than 74 goals in 28 matches. That is a phenomenal 2.64 goals a game, which is nearly a goal a game higher than the next best team in the league. A lot of that output has come from Aleksandar Mitrović. The 27 year-old is reported to be one of the highest paid players in the division and he’s found the back of the net six times in five league games so far this calendar year. For the season as a whole he's bagged 28 in 26. His 30% goal conversion is right up there along with his 61% shot accuracy.

It is no surprise that he’s odds on to score on Tuesday night against Millwall. It should be noted however that the visitors have one of the stingiest backlines in the Championship. In 28 games they’ve only conceded 29, which is among the best in the division. The problem they have though is they don't score many either. Gary Rowett's men have exactly the same attacking record as they do defensive - 29 in 28.

On paper those statistics seem to indicate a low scoring win for the home side but it can’t be understated how facing this Fulham team is a different kettle of fish compared to everyone else in this league. Back-to-back 6-2 wins in front of their home fans in January got people talking and that followed a 7-0 thumping of Reading at the Madejski.

Here is a stat though that stood out to me when researching this game. In Fulham’s past six games, on five occasions over 2.5 goals have been scored in the first half. This seems like a lot and obviously that means over 2.5 has come in for the game. Over 3.5 has also come in on those five occasions but not only that, over 4.5 came in for all five. Only a 1-1 draw with Blackpool on January 29 curtailed that run.

Over 4.5 for the game is 4/1 with bet365 but I like the over 2.5 in the first half at 11/2 as my top tip for this game. Fulham attack from the off and goals flow. The home side have also been boosted to 9/4 to win both halves and the way they play, that seems like a more than decent chance.

Football Odds
Over 2.5 goals in the First Half
11/2
Odds correct as of 2022-02-07 15:05 Odds subject to change.
Opt-in
Sign-up to receive emails when new additions are made to the Opta Tool
Sign-up
By clicking opt-in you agree to our privacy policy and terms and conditions below
Opt-in
Your Details
Complete your details below to enter:
Full Name
Email
SUBMIT
Please fill in both your name and email
Opt-in
SUCCESS!
Thank you for your submission.