From the Champions League final to mid-table obscurity, a lot has changed in a year for Tottenham

One year ago, Tottenham had just knocked Borussia Dortmund out of the Champions League in resounding style. Spurs won 4-0 on aggregate over two legs, with goals from Son Heung-min, Jan Vertonghen, Fernando Llorente and Harry Kane booking the north Londoners a spot in the quarter-finals of the competition.

An enthralling two-legged tie against Manchester City, which resulted in Mauricio Pochettino’s side prevailing after a dramatic comeback at the Etihad, ensued last April and nobody will forget what happened when Ajax came to visit in the semi-finals. After losing 1-0 in the first leg on home soil, Spurs had their work cut out to turn the tie around in Amsterdam. And, when they fell to a two-goal disadvantage in the first-half at the Johan Cruijff ArenA, the journey appeared to be over.

Indeed, a sensational comeback - reminiscent to what had gone before against City in the previous round - saw them achieve the unthinkable and make it through to the final of the Champions League for the first time in their 137-year history. Lucas Moura’s stunning second-half hat-trick meant that Spurs and Liverpool would meet in an all-English final for the first time in 11 years, and showed the world that the club did in fact have a backbone and were capable of digging in to achieve results when the going got tough, contrary to what many believed.

The dream came to an end as Liverpool clinched their sixth European Cup thanks to a 2-0 win at the Wanda Metropolitano, but Tottenham’s journey to the final and the character they showed along the way was rightfully lauded. The Lilywhites also obtained a fourth-place finish in the Premier League and, in turn, qualified for the Champions League; the feel good factor was rife at the gleaming new Tottenham Hotspur Stadium last summer.

A poor start to this season resulted in Mauricio Pochettino’s dismissal back in November, however, with Jose Mourinho drafted in to steer the club back on track.

It hasn’t worked. Tottenham currently lie 8th in the Premier League after 29 games and find themselves seven points behind 4th-placed Chelsea, leaving their hopes of qualifying for next season’s Champions League hanging firmly in the balance. Spurs were knocked out of the FA Cup by strugglers Norwich City last week and last night bowed out of the Champions League thanks to a humiliating 3-0 defeat to RB Leipzig in the last-16.

While Tottenham’s hopes of breaking into the top-four this season are still (only just) alive, the north London club’s growing list of injury concerns look as if they will curtail their Champions League aspirations. Spurs have already played without their talismanic captain Harry Kane for the most-part of 2020, while Son Heung-min’s absence throughout the previous three-and-a-half weeks has been hugely noticeable.

The sale of Christian Eriksen to Inter Milan in January has meant that Spurs lack a creative spark in midfield and, above all else, are missing out on vital personnel. The Dane was having a poor season by his exceptionally high standards, but he was still capable of producing moments of magic for Tottenham, and since his exit they have looked lifeless in the middle of the pitch. 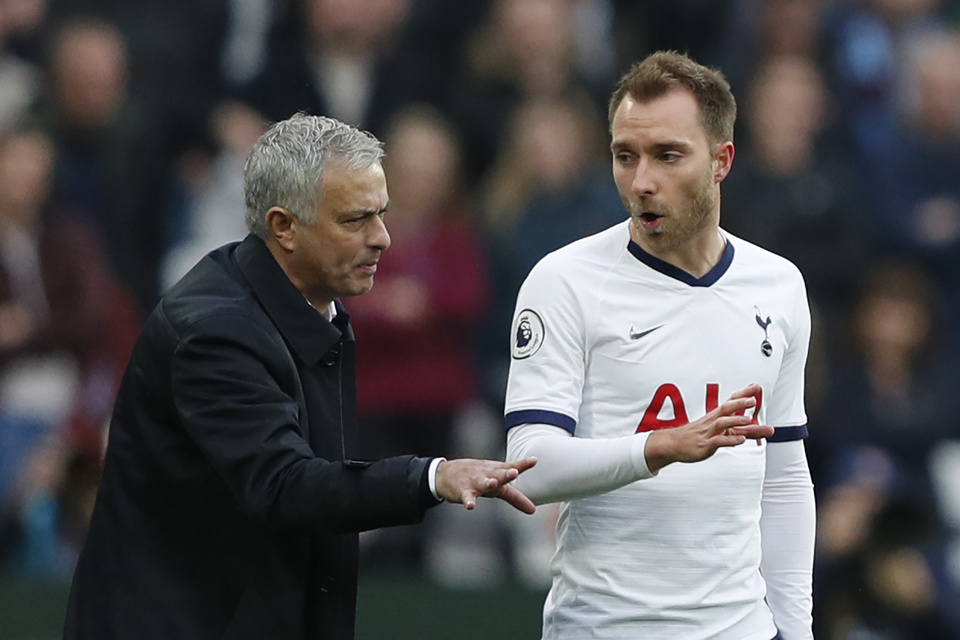 Seasoned professionals, who were not long ago deemed to be some of the best in the business, have been calamitous this season. The likes of Jan Vertonghen, Toby Alderweireld and Hugo Lloris have been a shadow of their former selves this time out, with the latter at fault for two of Leipzig’s goals during Tuesday night’s Champions League disasterclass in Germany.

Defensively Spurs have been under-par, conceding 45 goals in 29 games. To put things into context, leaders Liverpool have conceded less than half that amount with 21, while the likes of Sheffield United - a team promoted from the Championship last season and given little hope of survival by most at the beginning of the campaign - have conceded 20 goals fewer.

Record signing Tanguy Ndombele has so far failed to live up to expectations, despite showing flashes of potential. The French midfielder was publicly criticised by Mourinho after his lacklustre first-half display against Burnley on Saturday, which further suggests that something is massively amiss at the club right now. The players don’t seem to be gelling; they don’t appear to be working for one and other and there seems to be a stark lack of communication between the on-field staff and management.

The manner in which they succumbed to Norwich in the cup and were bullied out of Europe is the icing on the cake. Eric Dier is now scrapping with fans - it’s all very peculiar. Injuries to crucial players have played their part, that much is undeniable, but it cannot be used as the sole excuse.

Just a year ago, the north Londoners were flying high in the top-four and gearing up for a Champions League quarter-final. Twelve months on and the situation could not be more different in N17. Jose Mourinho dubbed himself as the ‘Special One’ when he arrived on English shores 16 years ago; now, he must prove that he is still deserving of that accolade by pulling Tottenham out of the rubble and back to where they need to be, quickly.

Odds for Tottenham to make the top-four: 14/1 with William Hill.