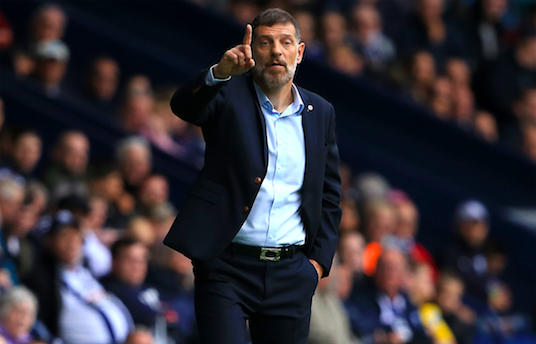 Slaven Bilic has become the latest manager to be linked with the Fulham job following the departure of Scott Parker, who left for Bournemouth earlier this week.

Bilic’s odds in the next Fulham manager market were cut to just 2/1 on Tuesday, while he can currently be backed at 5/1 with Bet Victor.

Bilic previously took West Ham to 7th in the Premier League and more recently led West Brom into the top-flight in 2020 only to suffer the sack back in December following a 1-1 draw away to Man City.

His replacement, Sam Allardyce, was unable to keep the Baggies in the league, while the club have just recruited Valerien Ismael as they bid to orchestrate an instant return.

After leaving the Hawthorns Bilic made a swift return to the dugout, opting to venture over to China in January with Beijing Guoan.

Bilic endured a frustrating start to the 2021 Chinese Super League season, as his side suffered back-to-back defeats in their opening two games for the first time in the competition’s history.

Guoan bounced back with consecutive league wins, but earlier this week they suffered a heavy 7-0 defeat to Japan’s Kawasaki 7-0 in the AFC Champions League group stages; although it’s worth noting that Guoan were forced to send over their youth team and reserve coach Zoran Jankovic due to COVID-19 restrictions.

There’s not yet been a concrete source linking Bilic with a return to English soil with managerless Fulham, only a sudden move in the betting market.

He’s only been in charge of his current club for six months and during that time he’s managed just six games, so whether he’d be keen to switch jobs at this stage is open to debate.

But with Fulham looking for a new boss who can inspire a push for promotion, Bilic’s record certainly stands out; in his one and only Championship season he led West Brom to second place, behind Marcelo Bielsa’s Leeds.

Chris Wilder (2/1), Steve Cooper (3/1), and Eddie Howe (12/1) have all been touted as potential next Fulham managers, while Nathan Jones, Frank Lampard, Marco Silva, and Neil Lennon can all be backed at 16/1.