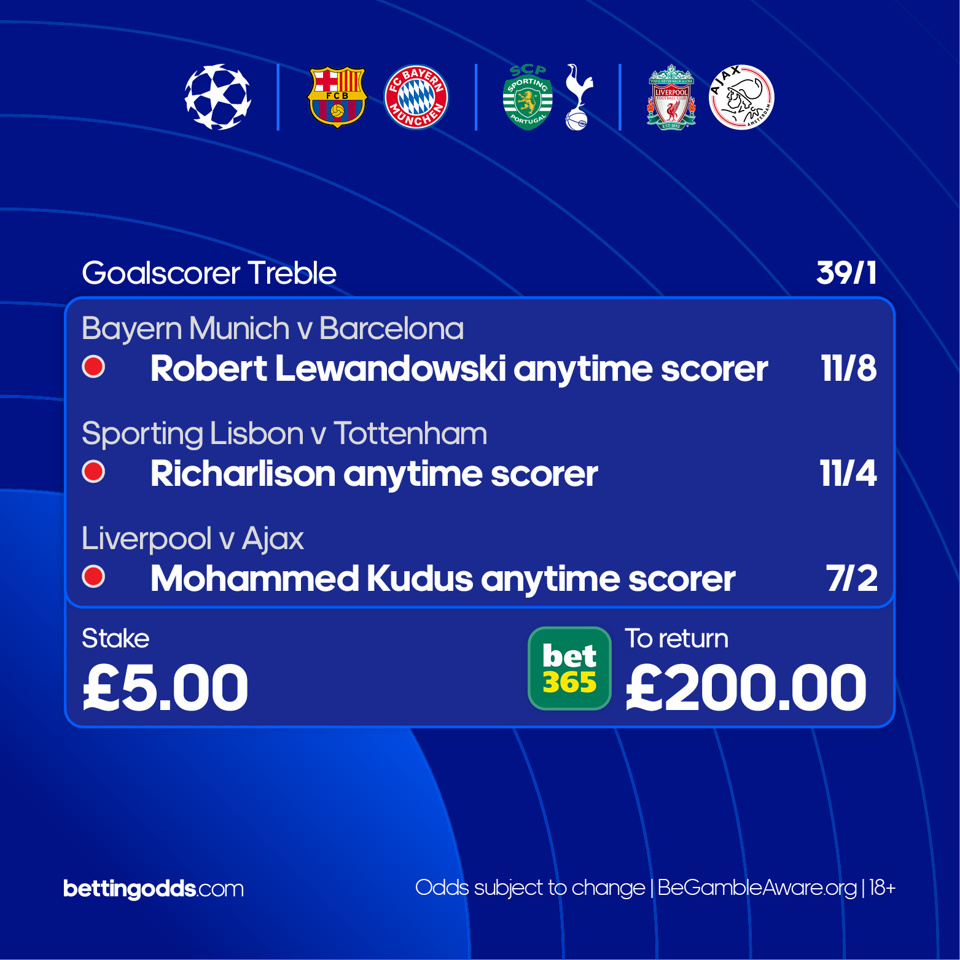 After what has been a strange few days with the death of The Queen and football being postponed in England, we’re back this week with a full list of European fixtures.

With Rangers vs Napoli being moved to Wednesday night, we’ve got a lineup of seven Champions League fixtures on Tuesday, and we’ve asked our man Pete Marsden to pick out a goalscorer based treble for the evening.

Lewandowski to score vs Bayern

Starting off the acca, it’s written in the stars isn’t it? Robert Lewandowski has adjusted to life in Barcelona as many expected he would, scoring a whopping nine goals in his opening six games.

Last week, Lewandowski became the first player to score a Champions League hat-trick with three different clubs, as he put Viktoria Plzen to the sword. His record with Bayern needs no introduction, ending his time there as their all-time second top scorer. But it’s his record against former clubs that has caught the eye, as he’s scored 27 goals in 26 games against his old employers Borussia Dortmund.

Barca have won their last five games on the bounce, scoring 20 goals in that time, and with Bayern struggling for form, drawing their last three league games in a row, expect Lewa to cap off a return to Bavaria with at least one goal.

Richarlison to score vs Sporting

After a slowish start to life in the capital, Richarlison has really ignited his Tottenham career in recent weeks. Grabbing all the headlines during his cameo against Nottingham Forest, Richarlison has provided two assists in his last three Premier League games.

But it’s the Champions League that has really caught the Brazilian’s attention. Scenes of tears with his family after making his debut in the competition, and grabbing a brace last time out against Marseille have endeared the forward with the Spurs faithful.

The Portuguese side have had a disappointing start to the season, despite their impressive win last week, as they currently sit seventh in the Primeira Liga. They’ve conceded eight goals in the league this season, more than 13 of the other 17 teams, and that shaky form at the back should provide Spurs the chance to get in behind, and Richarlison to carry on his fine form.

Mohammed Kudus to score vs Liverpool

What a start the season Mohammed Kudus has had. So far, he’s scored as many goals in eight games this campaign, as he’d managed in the entire of his previous two at Ajax.

After his two goals against Heerenveen at the weekend, he’s now scored four in his last three, which included an absolute howitzer against Rangers in his opening Champions League game.

Liverpool’s last game in all competitions was one they’ll want to forget in a hurry, after they were thumped 4-1 by Napoli. Their defence was all over the place in Naples, and if there’s similar scenes on Tuesday, expect Kudus to make them pay.

The goalscorer treble pays 39/1 with Bet365. Best of luck if you’re following any of these bets, and please remember to gamble responsibly. 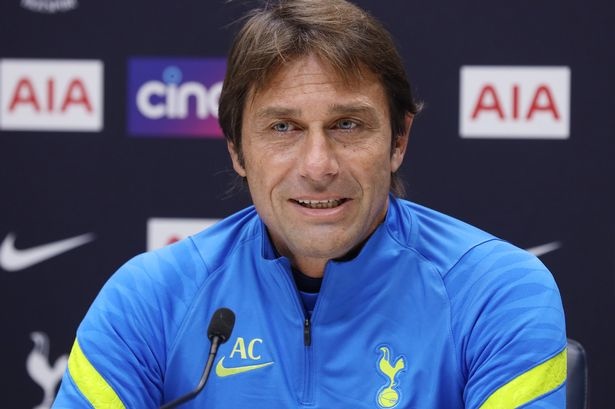 Antonio Conte's side will travel to Portugal on Tuesday