Football BTTS Tips: 10/1 four-fold for the final weekend in the Football League 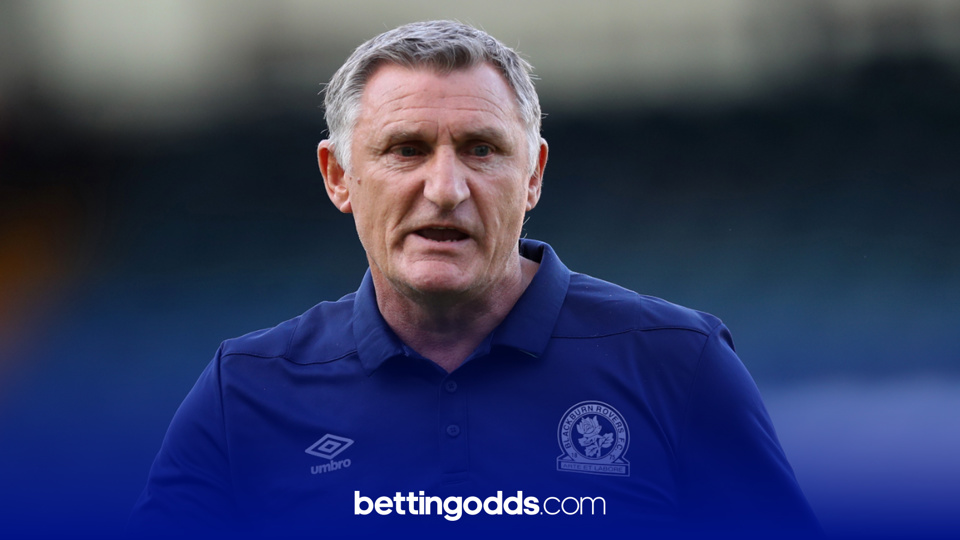 Tony Mowbray's Blackburn have the best BTTS ratio at home in the Championship this season and feature in our tips for this weekend
By Anthony Eadson
13:05 Friday 7th May 2021 - 4 minute read

It’s the final fixtures in the Football League this weekend and @AnthonyEadson has provided us with his BTTS plays for the last time this season. All four selections come on Saturday with two kicking off at 12:30pm in the Championship, and two kicking off at 3:00pm from League Two.

As a four-fold this weekend's football tips pay just over 9/1 with bet365. It’s also worth pointing out that we will receive a 10% bonus on our winnings, should both teams find the net in all four games. You can read more about the soccer accumulator bonus that bet365 offers here.

As mentioned above the Championship’s final day sees all 24 teams kick off at 12:30 on Saturday and it’s all the B’s who I’ve taken a lead towards with the first being Blackburn v Birmingham.

Tony Mowbray’s side started the season well and many had tipped them for a play-off finish during those Autumn months. The second half of the campaign has not gone to plan and after sliding down the table, some Rovers fans think it may be time for Mowbray to leave at the end of the season. Blackburn rank second when it comes to shots per game this season only behind Norwich and with Adam Armstrong having scored six goals in his last five, I think there’s a good chance we’ll see him on the scoresheet on Saturday.

Birmingham can leapfrog Blackburn in the table here with a win. The Blues have only lost one of their last seven and have scored in four of their last five. With both sides safe from relegation and Blackburn having the highest home BTTS rate in the league (64%), I think we should see an open game with both sides having a go with plenty of attacking football.

Next up I’m fancying both teams to hit the back of the net in Bristol City v Brentford. It’s been a horrible run of form for Bristol City with three wins from their last 21 matches, although they have scored in all four of their most recent matches with BTTS landing in each of those.

I think we will see a more relaxed Brentford performance than many expect on Saturday. The Bees can only finish in third place and have nothing to play for. I expect many of their players to be wary of getting injured here ahead of the play-offs and that could let in Bristol City who also look quite overpriced here in my opinion. Brentford have scored more than any other side in the league this term and even with little on the line I still envisage them putting at least one past one of the worst defences in the division.

Hopefully the four-fold will still be alive heading into the 3pm kick-offs which is when all sides in League Two kick off. The first of those is Oldham v Forest Green and the visitors find themselves in seventh place in the final play-off spot, just a point ahead of Exeter and just two points ahead of Salford. This means Rovers need to get a result if they don’t want to rely on the pair behind them slipping up and I think they will attack from the off.

Oldham may be 18th in the league standings but they are in fact the highest scoring side in League Two this season. They also possess the best both teams to score record in the entire Football League with it occurring in an impressive 69% of their games. The Latics have scored 17 goals in their last six games and BTTS looks good this weekend.

Rounding off the quartet is Carlisle v Walsall with the visitors making the trip up the M6 where I’d be recommending a stop off at Tebay services. Back to the betting and both teams to score looks slightly overpriced in my opinion at 11/10. Both teams to score has landed the Cumbrian sides last three games and last time out they put three goals past Leyton Orient on the road in a five goal thriller.

Only Oldham have a higher both teams to score ratio away from home this season in League Two than Walsall who have seen it land in 15 of 22 games (68%). With both sides having nothing to be cautious about with effectively not much to play for, I think we should see an attacking game and I’m happy to have this game onside for BTTS at a peculiar looking at 11/10.

Best of luck to those following and thanks to everyone one of you who has taken the time to read this season. Please gamble responsibly.