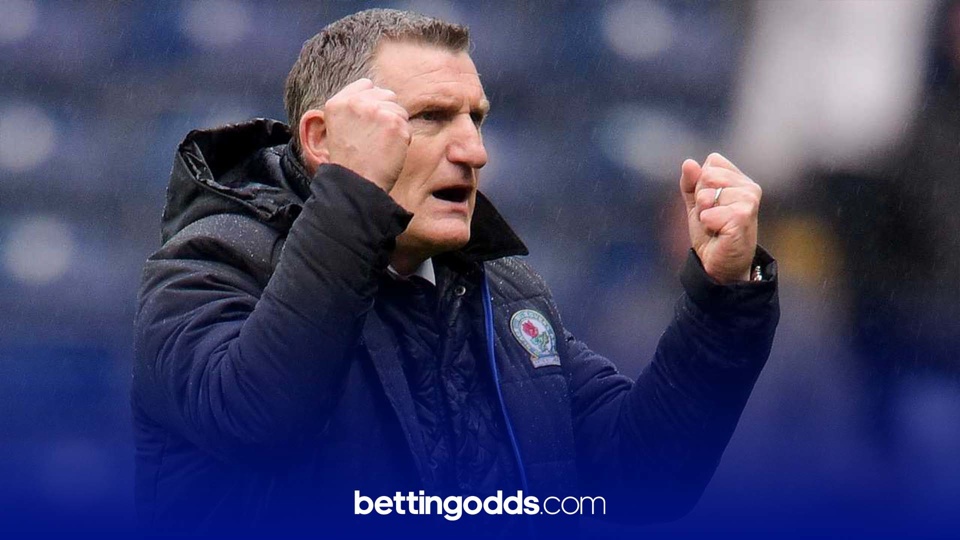 Tony Mowbray's Blackburn feature in our tips and have scored the most goals in the Championship but have only kept a clean sheet in one of their last ten matches
By Anthony Eadson
14:45 Thursday 7th January 2021 - 4 minute read

Most of us will be stuck inside this weekend but thankfully there’s plenty of football on the box, with the FA Cup third round in action, besides fixtures from both League’s One and Two. We’ve picked out our favourite both teams to score football tips for Saturday, which can be backed at 9/1. That includes a 10% bonus on winnings should all the selections land, thanks to bet365’s soccer accumulator bonus.

The first game in which I’m fancying both teams to find the back of the net on Saturday kicks off at 2pm at the Priestfield stadium where Gillingham take on Burton Albion. The home side currently sit 14th in the table and will fancy their chances against a Brewers side who are rooted to the foot of the table. Gillingham have seen both teams to score in five of their last seven matches in all competitions and you would fancy them to find the net against the team with the worst defence in the league.

Burton have been a goldmine when it comes to both teams to score this season. All 10 of their most recent fixtures have included both teams getting on the scoresheet, with Jimmy Floyd Hasslebank taking charge of the club for the second time on New Year’s day, replacing Jake Buxton. Burton have the best both teams to score record in England this season with it landing in a remarkable 19 of 22 matches (86%).

The other three fixtures in this four-fold come at 3pm. Blackburn Rovers face Doncaster Rovers in east Lancashire on Saturday afternoon in the FA Cup. Blackburn may sit 11th in the Championship table but Tony Mowbray’s side have scored the most goals in the division this season and have also accumulated the most expected goals (xG), based on their frequency and quality of chances created.

Doncaster are up to fourth in the League One table and are playing well at the moment with four wins from their last five matches. With some rotation from the home side you would expect this to be quite an open game. Blackburn have conceded in nine of the last ten matches which opens the door for Doncaster to score at Ewood Park.

The other third round tie that I’ve picked out for both teams to score is an all Championship affair where Wycombe host Preston. Gareth Ainsworth’s side have the worst defensive record in the division this season and are currently bottom of the table with just 15 points from 23 matches. Both teams have scored in Wycombe’s last four fixtures and I fancy that run to continue against Preston.

Alex Neil’s team have been inconsistent this season, however they have put together three wins in their last four, keeping three clean sheets. On the road, Preston have not been as solid at back recently, conceding 11 goals in their last five away from Deepdale. I can’t see this one being a classic but ⅚ I think this game has a slightly better chance of BTTS than the odds suggest.

The final fixture in this quartet for Saturday afternoon is Salford City v Colchester United in League Two. Only Newport and Exeter have seen both teams to score land more times this season than Colchester in League Two. 15 of The U’s 18 league matches this season have featured BTTS (71%), with that percentage rising to (73%) when looking at just their away fixtures. Salford have the best defence in division in terms of goals conceded this campaign, but considering they shipped two at Mansfield last week I think Colchester can find the net at the Peninsula Stadium.

Best of luck to anyone following the plays on Saturday and please always gamble responsibly.

Most Championship goals this season...